Over the last few years there have been a couple of occasions where I’ve seriously kicked myself after missing out on iconic concerts; Led Zeppelin at the O2 and Kate Bush in Hammersmith being two that instantly spring to mind. Mainly it was down to cost, or at least, in the case of Zeppelin, just not having the buying power, but still, now I look back with regrets at having missed out on those moments of musical history. There are, however, a couple of musicians for whom money will never be an issue with, at the top of that list, being the man I hold up as the greatest musician of them all. That man being Richard Thompson.

In April this year Richard turned 70 years of age and with it was announced a celebration concert that was held on the 30th September in The Royal Albert Hall. As soon as it was announced, tickets were purchased and expectation began to ramp up, especially as guests were announced with, for me, the cherry on top of the cake being the guitar maestro that is David Gilmour of Pink Floyd. The chance to see my two favourite guitarists of all time on stage together; my oh my, it was going to be Fender heaven! 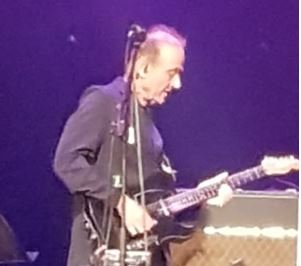 The only question remaining was what songs would be performed? Surely with a 50-plus years’ worth of genius songwriting, this was a show that could go on for weeks. In the end though, the songs chosen were a brilliant mixture of Richard’s amazing career mixed with his obvious love and admiration for his contemporaries, friends and family and all the music that they have produced as well. We saw and heard Richard’s talent in being able to effortlessly slip into different styles, from performing punk classics with school friend, and first-ever bandmate Hugh Cornwell of The Stranglers, hard rock thrash with Bob Mould of Hüsker Dü, jazz with Judith Owens and the incomparable Danny Thompson on double bass to straight down the line folk brilliance with various members of the Waterson-Carthy clan, Richard’s virtuoso playing shone through. We even got some full-on heavy metal courtesy of Harry Shearer appearing as his bass playing Spinal Tap alter ego, Derek Smalls! 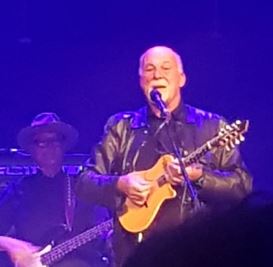 As I said before though, this wasn’t just about Richard as RT, in his typically modest, humble, almost self-deprecating way, was more than content to allow those who’d come to pay tribute to him take the spotlight and showcase their own talents. As Kate Rusby, who performed the classic Richard and Linda Thompson song Withered and Died before performing her own As The Lights Go Out, explained, Richard not only was able to give artists like her breaks and exposure through support slots on his album tours but also being forthcoming with support and advice off stage that helped those performers immensely. 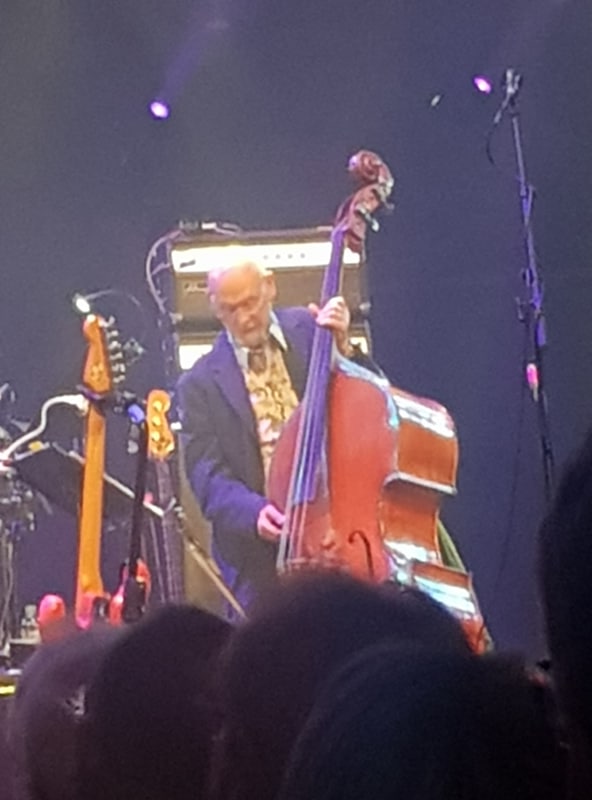 Perhaps most fittingly though was the obvious love and pride Richard takes in the generations of Thompsons that have and will continue to follow in his footsteps. With youngest son Jack compering the evening, we also were lucky enough to see all the performing members of his family on stage with his son Teddy, daughter Kami and their mother Linda, as well as grandson Zak Hobbs all supporting Richard beautifully and emotionally. Teddy’s duet of Persuasion with his dad was one of very many highlights throughout the show. And if his immediate family were all present, so too was The Fairport Convention family. Original member Ashley Hutchings and his 1966 diary and future members Dave Mattacks and Dave Pegg all performed excellently and even Simon Nicol, despite what must have been a nightmare day getting back from Greece in the wake of the Thomas Cook collapse, making the encore of Meet On The Ledge demonstrated the feelings that still are felt over 50 years after Ashley and Simon first invited ‘Rich’ to form a ‘folk rock outfit’ in Muswell Hill as teenagers. 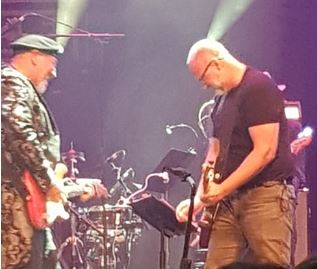 As for highlights, wow… there were just so many. Eliza Carthy’s unaccompanied The Great Valerio, David Gilmour’s Dimming Of The Day, Dave Pegg performing Down Where The Drunkards Roll, Turning Of The Tide with Bob Mould… I could just go on and on and on. Just read the setlist below and accept it, every single performance was a highlight, a moment of musical majesty, an emotional tour de force. A celebration of the greatest musician the world has ever seen. This is a concert that will live long in the memory of every single one of the 6,000 people who were blessed to have turned out on a rainy Monday night in London to pay tribute to Richard Thompson. This was, without doubt, the greatest night of music I have ever experienced in my life.

SETLIST
Set 1:
The Storm Won’t Come – The Electric Trio
Tobacco Road – with Hugh Cornwall
Peaches – with Hugh Cornwall
The Most Beautiful Girl In Hollywood – with Hugh Cornwall
Blues In My Bottle – with Ashley Hutchings, Dave Mattacks & Blair Dunlop
Jack O’Diamonds – with Ashley Hutchings, Dave Mattacks & Blair Dunlop
Down Where The Drunkards Roll – with Dave Pegg
Turning Of The Tide – with Bob Mould
If I Can’t Change Your Mind – with Bob Mould
Withered And Died – with Kate Rusby
As The Lights Go Out – Kate Rusby
The Bonnie Lass o’ Fyvie – with Marc Ellington
Fare Thee Well – with Martin Carthy
Fine Horseman – with Martin Carthy & Marry Waterson
The Great Valerio – Eliza Carthy
Hug You Like A Mountain – with Eliza Carthy

Set 2:
Beeswing – with Alistair Anderson
Madame Bonaparte – with Alistair Anderson
Persuasion – with Teddy Thompson
Ghost In The Wind – with Danny Thompson, Christine Collister & Dave Mattacks
Sweetheart On The Barricade – with Danny Thompson
Who Knows Where The Time Goes – with Olivia Chaney
House On The Hill – Olivia Chaney
Sheath And Knife – Maddy Prior
Grey Funnel Line – with Maddy Prior
Keep Your Distance – with The Rails
That’s Enough – with The Rails, Linda Thompson, Teddy Thompson, Zak Hobbs & Jack Thompson
Cry Me A River – with Judith Owens, Danny Thompson & Dave Mattacks
She Puts The Bitch In Obituary – with Derek Smalls
The Swimming Song – with Loudon Wainwright III
I Want To See The Bright Lights Tonight – with Loudon Wainwright III
Dimming Of The Day – with David Gilmour
Fat Old Sun – with David Gilmour
Meet On The Ledge