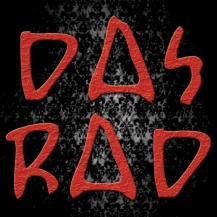 It must be hard for the artist, working in whatever medium, to accept that our society is entering a period of wilful isolation, retreating behind self-imposed boundaries, as this is the antithesis of an atmosphere conducive to producing harmonius art. On the other hand, all the best art is borne out of struggle and hard times, so even our current perma-angry state here in the U.K. will bring its artistic benefits.

Das Rad is a Sheffield group driven by guitar, sax, and drums, hellbent on a motorik plummet down through the orange glow of the urban night. Combining developed arrangements with textural and improvised pieces, the driving rhythm encourages tyre-slash guitar to burn rubber across the surface of Tenser, ending in a Hendrix-inspired crash’n’burn. Play this mutha LOUD! The final word is with the band:

“We think of this as a European record by European musicians, and we’ve reflected this within the song titles, our own small protest against the political and social insanity which coincides with the release of this work.” Indeed. What cursed creature is this that lurches towards me, its monstrous organ swelling with sound, its ferocious guitar wild and untamed? Surely this is something spawned in the depths of hell… or from Black Widow Records in Italy.

For this is the fourth creation from a dark progressive band who occupy the same terrifying, nightmare world of horror soundtrack maestros Goblin – dense vintage keyboards, heavy doom-laden riffs and relentless zombie drums. Il Segno Del Commando – or The Sign Of The Command – are named after a book and Italian TV series by occult writer Giuseppe D’Agata and their aim is apparently to create music that evokes sadness, anxiety and fear. Ooerr!

However, before you write them off as just another progressive metal thrash, I urge you, dear reader, to think again. For a start, there are no growly vocals. Instead, we have some almost operatic singing from Riccardo Morello, with occasional support from female vocalists Maethelyiah and Marina Larcher. Lyrically, I’m sure the songs are not about cute fluffy bunnies bouncing happily through fields of daisies. Musically there is a sense of sheer joy in their over-the-top Gothicness, if there be such a word (There shouldn’t be – Ed), and there’s church organs playing classically inspired arpeggios like something out of Phantom of the Opera. There’s astonishing electric guitar that not only crunches satisfactorily but also weaves and screams in grand solos that are models of wild restraint.

It’s all driven forward by powerful drums and riffs that, somehow, appear to swing. They’re heavy, they’re hard but they’re also… jaunty! You may headbang but you will do so with a big grin on your face because these guys are so good at what they do. It’s not all designed to make your ears bleed, there are also passages of gentle mystery, such as the childlike, waltz-time instrumental La Grande Quercia, and tuneful ballads such as Nel Labirinto Spirituale, and the whole thing ends with a bass solo from bandleader Diego Banchero.

This is an album that wants to put the willies up you in the most enjoyable way possible, and it succeeds on every level. I’m no progressive metal fan but this works for me. Like a good horror movie, it’s scary but satisfying. 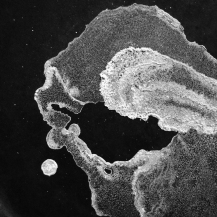 Drone Box does exactly what it says on the tin. Noisepoetnobody of Seattle, Washington, has created two drones of identical length and if you like drones, then these are perfect.

Music is sometimes about imagination and imagery. It shows my lack of imagination in that instead of coming up with images that the music summoned I could only think of images relating to how the music was made.

During part one I imagined someone playing a one-note hurdy-gurdy solo, accompanying someone else holding the corner of a large screwdriver blade to a rusty revolving brake disk placed on a record deck. During part two I imagined a one-note sitar solo while someone held down the keys of a synthesiser with a large screwdriver. I think the revolving rusty brake disk may have been in there too. I also imagined a squadron of World War Two bombers, except if this was a squadron of World War Two bombers it would have passed by in less than ten minutes. Unless it was an exceptionally large squadron. Would there have been a doppler effect? I don’t know.

Noisepoetnobody is new to me. He seems to be a one-man outfit, described on Facebook as a “Sonic improviser instrument builder instrument destroyer wave distorter and analog synthesist”, so what’s not to like? There are seven more releases on the Bandcamp page and I fully intend to give them all a listen. 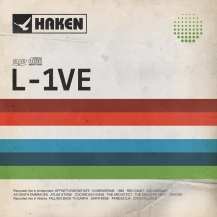 L-1VE is Haken’s impressive first live album, recorded in 2017. In the 1970s, when Rock Behemoths bestrode the planet, live albums emerged as ‘Greatest Hits’ type releases to cement a band’s reputation, so L1-VE seems oddly old fashioned, yet Haken have the talent to credibly pull off such a release. Ross Jenkins has the pipes and range needed for their shifting moods, roaring powerfully or singing more gently, particularly on 1985 from Affinity, which features great ’80s keyboards from Diego Tejeida.

Haken are a well-polished outfit who write catchy hooks entwined within twisting, complex layers. They also show subtlety on the smouldering Red Giant, building in intensity before ending in a quiet flicker. Aquamedley is a real highlight, reducing an epic album to a mere 20 minutes (!!) of complex, stellar progressive metal, with Richard Henshall shining on guitars. Their versatility is exemplified in the touching As Death Embraces followed by the rippling excitement of jazz infused Atlas Stone, and the strangely angular Cockroach King from their best album, The Mountain.

L-1VE showcases Haken as skilled artists, welding interesting twists and melody into rock mayhem. Which all makes me wonder why they subsequently went backwards with the bludgeoning new album Vector!? 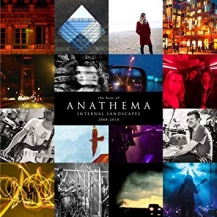 The jarring sequencing of the pulsing Leaving It Behind just after the diaphanous J’ai Fait Une Promesse is perhaps this release’s only mis-step. This compilation could reveal a sense of a repeating formula being used after the impact of their great 2010/2012 output as later songs are similar but are not quite as strong, indicating Anathema may need to consider evolution.

Internal Landscapes is undoubtedly a great introduction for those unfamiliar with more recent Anathema. Dive into the cascading beauty of some of their best work. 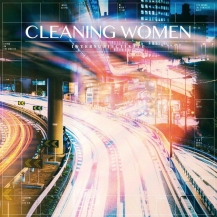 This Finnish trio, more of a multi-media project than a traditional band – they make music from a combination of trad instruments and “junk” instruments, hence their name, here return for their first album in 10 years, on the always sharp Svart Records label. Intersubjectivity has been mixed by Einstürzende Neubauten’s Alexander Hacke, thus lending it an eerie Teutonic industrial edge. The band say this: “We recorded the album in the brand new E-Studio in Sipoo, Finland, with as few overdubs as possible. Alexander Hacke, who has three decades of experience with the clang and rattle of junk metal, managed to dig up the essential elements in our music.” You might get the impression that Intersubjectivity is going to be stuck in some sonic foundry of Hell, and be very hard work, but not a bit of it. This is fun, and it is not “heavy” in any way, there’s a lightness of touch and some really interesting sounds going down, all to an ingrained pop sensibility.

The rollicking Living On The Streets sees Devo giving Kraftwerk a kick in the pants, the marionettes are messing about with sheet metal while Doing The Do, I quite like this record for it it shows what a true progressive spirit can come up with given some synth pads and some pots and pans. Actually it’s far more sophisticated than that, but you get my drift.

The march of the robots plays out with an infectious kling and klang and you will forget that while your limbs twitch arhythmically the robots are taking over your home and Alexa is doing the Frug with the pedal bin. Gotta be more fun that reality, yeah baby!