“We have a slightly bigger band than normal,” quipped Steve Hackett, “and we’re going to do it properly!” The bigger band included The Heart Of England Orchestra and it was revisiting material from Steve’s time as the guitarist with the legendary Genesis up to the present. And this was the opening night of his 8-date Genesis Revisited Tour at the Royal Concert hall in Nottingham.

This is something Steve has dreamed of for many years, taking his music on tour with an orchestra, and he has been excited about, as he told me recently. “This is probably the one and only time I’ll ever tour with an orchestra – unless it goes so well! All these years down the line and suddenly you’ve got the chance to do 8 dates up and down the country, with 2 dates in London, with an orchestra plus a group. It’s once-in-a-lifetime opportunity!”

The decision to undertake this tour was cemented following the critical success of last year’s one-off U.S. performance of the Genesis Revisited music with his band and the Buffalo Philharmonic Orchestra, conducted by the charismatic Bradley Thachuk, who made the journey to the UK for this tour.

The set opened with Dance On A Volcano from Genesis’ first post-Gabriel album A Trick Of The Tail and immediately set the tone for the evening. The orchestra adds power and depth to the music, something Steve had envisaged and longed for with his time in the band back in the ’70s. 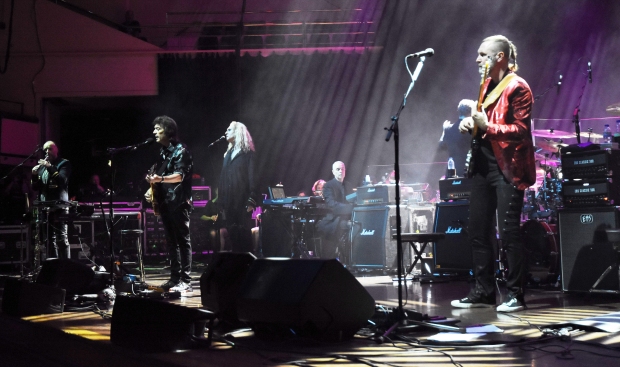 Steve quickly dipped into his extensive solo catalogue for Out Of The Body before returning to the classic Genesis Selling England tracks and Dancing with the Moonlit Knight and Firth Of Fifth. The effect of band with orchestra was quite magnificent and justified Steve’s vision of how Genesis’ music could, and should, sound.

The pace slowed as Steve switched to an acoustic guitar and a stool (I don’t recall him ever standing in Genesis days!). His delicate intro to Blood On The Rooftops was exquisite, complemented by a great vocal from Gary. To close the first set, Steve returned to his electric guitar for a shortened instrumental version of Shadow Of The Hierophant from his first solo album Voyage Of The Acolyte.

Having clearly enjoyed the experience as much as his audience Steve commented that it had been so much better than in rehearsals. “There’s a great atmosphere,” he said, “something that comes from the audience, not the stage.”

The second set began with …In That Quiet Earth leading, naturally, into Afterglow, more classic Genesis. Steve then stepped up to the microphone to take the lead vocal for Serpentine Song. “This isn’t a Genesis song,” he commented,” but it feels appropriate and it’s a bit of a pastoral song. My brother John is here tonight and this is a song about my dad, and his dad.”

Steve came right up to date for the next number, the instrumental El Niño, from his most recent album The Night Siren, before the finale and possibly the most iconic Genesis track of all, the epic Supper’s Ready. Acoustic guitar in hand, Steve reverted to his customary seated position for the early passages, switching to electric as the track progressed to the more powerful elements.

Here the orchestra came into its own, again creating an amazing depth to the sound, urged on by Bradley Thachuk. By the very nature of his position behind Steve, Bradley had his back to the audience for much of the evening, but as he turned to the side his face always beamed with the delight of what the orchestra was giving to the performance. My one slightly negative comment would be that these are all lyrically strong pieces and Nad is a great vocalist but he was occasionally lost in the mix and difficult to hear in the more powerful moments. Perhaps it mattered not, as everyone in the audience knew the words and it became a triumphant sing-a-long!

Of course, Steve, his band and the orchestra would not be allowed to leave without an encore and what better than another early classic, The Musical Box. This time Nad’s vocal seemed more prominent and it proved a triumphant conclusion to a wonderful night.

Audiences for the remaining dates are going to witness a slice of history and a night that will live long into the memory.

This is the latest U.K. tour of the Genesis Revisited extravaganza that Steve Hackett and his band have been undertaking and touring around the world. This time we caught this show at Manchester’s magnificent Bridgewater Hall, home to the renowned Halle Orchestra, which is very appropriate as this tour featured Steve and band in tandem with The Heart of England Symphony Orchestra under the baton of Bradley Thachuk.

The idea for this run of shows originated with a concert that Steve and band performed with this same conductor as a one-off concert with the Buffalo Philharmonic Orchestra, to which the response was so overwhelmingly positive that Steve decided to repeat the experience again for his U.K. and European audiences.

You may recall that Emerson Lake and Palmer tried a similar experiment with a disastrous U.S. and Canadian tour in the late 1970s (an event that nearly destroyed the band, crippled them financially and had certainly scarred them thereafter). Maybe we can blame that for the Love Beach album!

Well I’m very happy to report that this is not the case here, firstly this is a smaller 41-piece orchestra, of younger musicians, who despite being a very fine orchestra, do not have the pedigree of the bigger orchestras. A factor which obviously reduces the overall cost, although this in no way reflects on the quality of musicianship they provide, I must add.

Steve certainly enjoyed this opportunity to present classic Genesis and solo numbers with the added depth and musical presence that an orchestra gives. The orchestra was such, that power was there when needed, whilst subtle touches were applied at other times, and it was this attention to detail that made this performance so very impressive. Many artists use string sections for their concerts now, and a few have used orchestras, but this marriage of rock band and orchestra was an absolute triumph in every sense. 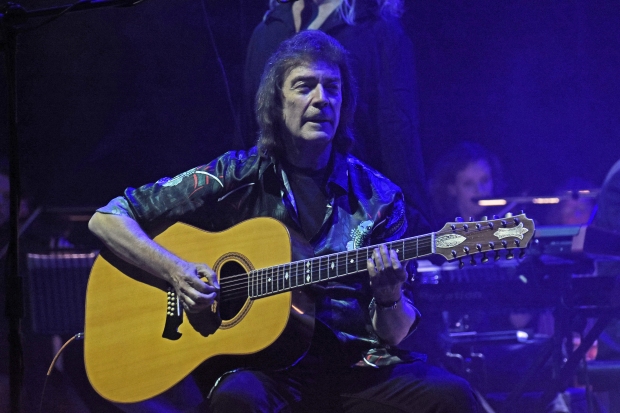 The set list was chosen with care so that all the major songs were covered, including a storming version of Supper’s Ready which certainly deserved the second standing ovation of the evening, (the first being after Firth Of Fifth). Deservedly so as this classic track greatly benefited from the touches that the orchestra gave to this piece.

Also mention must be made of the ever strong and exemplary playing of Steve’s marvellous band, with Jonas Reingold proving to be a fine replacement for Nick Beggs, whilst he is touring with Steven Wilson. Despite having a more restricted stage area the band were firing on all cylinders, with Rob Townsend providing his usual comic support with his flute, bells and whistles. Roger King’s keyboard work on Firth Of Fifth was a personal highlight.

The evening was split into two halves, each with a few solo classics sitting alongside the revisited songs. Steve himself seemed genuinely happy to be there and enjoying himself immensely, and it must have been very satisfying for him to see this vision come to life. As always his guitar playing, apart from suffering a few sound gremlins early on, was excellent and powerful. He enthralled with his slides, two handed tapping and the like, and made it all look easy.

This surely must be one of the best shows I have ever seen over the past 40 years, it was a complete triumph and above all a reminder of the sheer poetic beauty, elegance and majesty that these songs possess and still convey. I don’t think I am alone in this, as the Manchester audience were beaming and full of praise for this truly remarkable and special moment.

Catch one of the remaining shows if you can, however if you are unable to, there is soon to be a live CD/DVD set due out, and then you will be able to witness these extraordinary songs given the treatment and care they are so worthy of.

Next year Steve Hackett is planning shows that cover the whole of Selling England By The Pound, as well as celebrating 40 years since the release of the Spectral Mornings album. A very special and memorable evening, albeit without the orchestra, but still something to look forward too for sure. Another one not to miss! 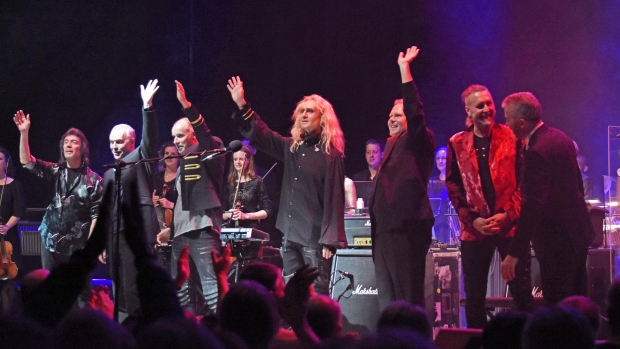