CIAO. And double ciao. This is our second round-up of Italian progressive rock music from Black Widow Records. Y’know, there’s probably a major study to be done on the link between a country’s mood and its music. Italy is facing a crippling recession at the moment, and perhaps that is reflected in the fact that most of these releases are pretty darn gloomy.

That’s not necessarily a bad thing – Steven Wilson has built an entire career on miserable music. So there is depth and feeling here but, unfortunately, a bit of an obsession with Edgar Allen Poetry. So you have been warned… 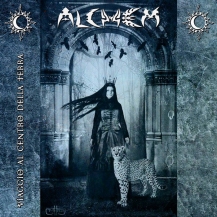 A door creaks open. Thunder crashes and rolls. A ghostly owl emits a warning hoot. No, it’s not a Goblin soundtrack but the latest album by Italian Gothic metal(ish) proggers Alchem.

Formed nearly 20 years ago by singer Annalisa Belli and guitarist Pierpaolo Capuano, this is their first full-length album since 2008’s Shadows and translates as ‘Journey To The Centre Of The Earth’.

Dark, gloomy and full of foreboding, the album suggests the journey is about as much fun as a visit to the dentist. It’s dominated by Belli’s swooping and expressive voice, which at all times sounds like Kate Bush singing from a hole in the ground, and Capuano’s efficient guitar riffing. They are joined by Luca Minotti providing solid bass and a bunch of guest musicians to flesh out the sound, adding powerful drums, washes of keyboard strings and occasional violin.

Songs are either slow, atmospheric pieces led by gentle electric guitar picking reminiscent of some quieter parts of Rush’s The Fountain of Lamneth, or more muscular numbers based on heavy, repetitive guitar and keyboard riffing.

You have to like Belli’s voice because it is everywhere here – the cover suggests she possesses a leopard, which must help her get her own way in the studio – and sometimes hits notes that seem to come as a bit of a surprise to the rest of the band. For me, Alchem are at their most enjoyable when she’s NOT singing, so closing track Pioggia D’Agosto thunders along very nicely indeed, building drama through repetitive guitar and keyboards interplay. 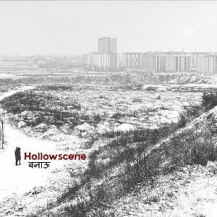 A concept album from a band formerly known as Banaau, based on the tale of the legendary Roman general Coriolanus as scribbled down by old Billy Shakespeare.

This is storytelling symphonic rock, full of orchestral keyboards and long, sustained guitar notes. Think The Enid but slightly less full of itself.

The band tries hard to produce something substantial here and there are moments of soaring drama – this is a dark tale summed up by Coriolanus’s lament: “O world, thy slippery turns!” But it is let down by the bland, toneless lead vocals – this music requires a singer with character and power to put the story across. Instead, there’s a lack of sound and fury, signifying nothing.

The same problem bedevils additional tracks The Worm and The Moon Is Down. The former opens very promisingly, with flute and acoustic guitar giving a very blatant nod to Trespass-era Genesis before pulling in a hint of Gentle Giant. Vocal harmonies sound promising but once the lead vocalist takes over the whole thing slumps and drags – which is a shame because the instrumental backing is tight and twisty.

Speaking of Gentle Giant, final track The Moon Is Down is, indeed, the very same GG song from Acquiring The Taste. It lacks the magic of the original but the band gives a tight and efficient rendition and the sinuous vocal line makes the singer sound better than he is.

So Banaau, or Hollowscene, or whatever you want to call yourselves – change your name by all means but change your vocalist too. 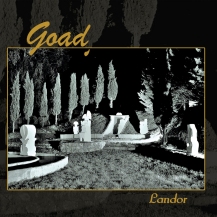 From a singer with not enough character to one with, perhaps, a little too much. Maurillo Rossi is like an Italian Roger Chapman with added gargle and I suspect you’ll either love him or hate him.

The dreary acoustic strum of the opening to Goad’s concept piece – based on the works of late-18th, early-19th Century English writer Walter Savage Landor, who died in Florence – and the subsequent 50 minutes of unimaginative Pink Floyd plod don’t help. There are one or two moments in which the music bursts into life but they are few and far between.

Interestingly, this line-up contains two drummers but, really, there’s only enough work for one.

I preferred the bonus CD of Goad live at an open-air Edgar Allan Poe festival in Florence in 1995. Apart from Rossi, it’s a completely different band that plays with much more energy and spark – occasionally it’s even upbeat – Rossi’s distinctive gargle is tempered by the harmonies of Diana Crepaz. It’s not a great recording – everything sounds a little bit hollow – but it explains why Goad have been active since the 1970s and have a cult following for their dark, dramatic prog. 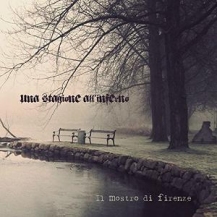 A door creaks open. Thunder crashes and rolls. A ghostly owl emits a warning hoot. No, it’s not a repeat of the first review. This is the work of Una Stagione All’Inferno – English translation A Time In Hell – and their first full-length release based on the evil doings of the Monster of Florence, blamed for a series of macabre killings between 1968 and 1985.

The band have certainly enjoyed themselves in the sound effects department. Apart from the aforementioned creaky doors, thunder and owls there are spooky footsteps, various scratching and scraping noises, screaming women, the cracking of whips and the rumble of underground trains.

Musically we’re in pretty gloomy territory again – most every track is relentlessly dark with a lurching zombie plod. If there was a crime against the excessive use of A minor these guys would be guilty as charged. To give you some idea of the lyrical and musical content here, one of the tracks is called Serial Killer Rock – driving drums and repetitive heavy guitar chords are punctuated by guttural mutterings and heavy breathing. Monstrous.

But proceedings are lifted by very listenable vocal harmonies from Fabio Nicolazzo and Laura Menighetti, Paolo Firpo’s expressive soprano sax, Pier Gonella’s psychedelic guitar licks and some classical-style piano flourishes. Yes, you will wish by the end that they knew a few more chord progressions. But the music is well-arranged and played and, really, you can hardly give a serial killer a happy G major. 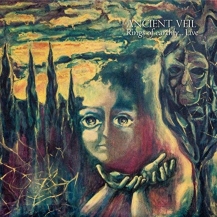 Last but definitely not least comes my pick of the bunch. Ancient Veil have been around since the early 1990s but this is their first live album, the title a nod to a 1991 release by an earlier incarnation of the band called Eris Pluvia.

In sharp contrast to all the releases above, this is light, upbeat and thoroughly enjoyable stuff, a mix of Genesis, Camel and Gentle Giant and the faux medieval sounds of Gryphon and Amazing Blondel.

The opening track, also called Ancient Veil, seems to sum up everything this band is about. It begins by evoking memories of Steve Hackett’s In That Quiet Earth, with clear, melodic guitar lines and Rob Townsend-ish soprano sax, before Edmondo Romano’s tenor recorder ushers in a softer folk sound, followed by delicate, pastoral vocals.

Dance Around My Slow Time (it probably sounds better in Italian) is a Gentler Giant with nice vocals, while the short but sprightly Dance Of The Elves could be a Jethro Tull out-take.

Centrepiece of the performance is the 17-minute suite Rings Of Earthly Light, a mix of cod-medieval, Genesis and Camel influences, with vocalist Alessandro Serri sounding at times uncannily like Dave Cousins of Strawbs.

All in all, a very enjoyable album with great performances from all concerned and a welcome antidote to the gloom and doom merchants.