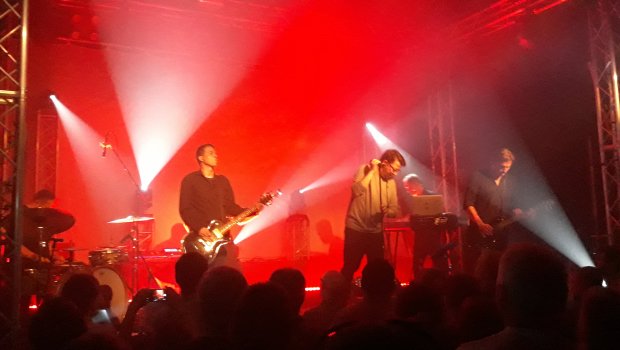 Gazpacho are a band with nothing more to prove. Over the course of ten studio albums they have developed an individual voice and their live performances are delivered with breathtaking poise and maturity, beautifully paced and an enthralling experience both visually and musically.

As a healthy crowd gather at The Dome there is a definite sense of anticipation in the air, many having witnessed the band at previous shows in the capital, such as at the Islington O2 in 2015. The stage is set with a large screen at the back and as the 8pm stage time draws near there is a cool Norwegian crispness in the air, at odds with the baking heat outside and the warmth of the welcome, only accentuated by the icy landscape images supporting the taped intro of Exit Suite from new album Soyuz. It’s a haunting way to start the evening and the audience is in wrapt attention from the off.

With returning drummer and man-mountain Robert Johansen leading the way, the sextet glide to their positions ready to set out their stall with the punching opening track from Soyuz, Soyuz One, the slow burn rhythm and foreboding guitar from Jon-Arne Vilbo setting the scene for the introduction of Jan-Henrik Ohme’s voice. It is all immediately spellbinding as the band delicately pick out their individual lines, well suited to the chilly atmosphere already set up. The mid-point increase in tempo and volume is a wonderful release of built up tension before the folk violin and keyboard outro from Mikael Krømer and Thomas Andersen. 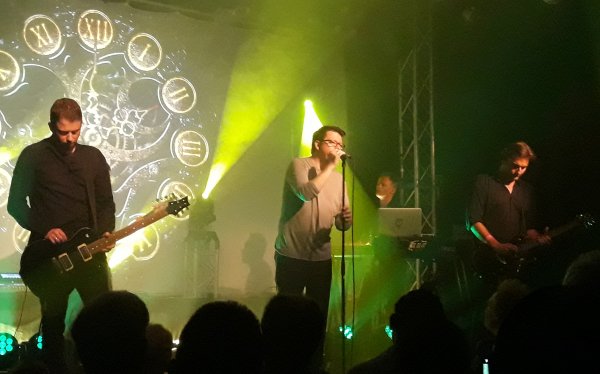 Hypomania is more upbeat and rocking and gets the audience moving with riffs aplenty, completing the opening triptych from Soyuz before the sole representative in the set from 2014’s Demon, The Wizard of Altai Mountains. The band’s Norwegian heritage is wound within the textures of their music; the sights and sounds, the history, but most of all the cold. It’s as if it inhabits their bones and oozes out in the music, traditional sounds again appearing within Wizard… to magical effect, moving sweetly on into Black Lily from March of Ghosts.

Throughout there is an attentive calm in the room as the detail inherent within the music is lapped up by the listeners, punctuated by much appreciation at the end of each piece. With subject matter taking in such topics as the point that distinguishes dreams from reality and memories as snap shots of moments frozen in time, there is a dreamlike quality to Gazpacho who remain an intriguing proposition, the messages often obliquely hidden within the matrix of the music, its cool and calm nature meaning that there is no need for the band to rush, delivering a movingly dynamic set at their own pace. 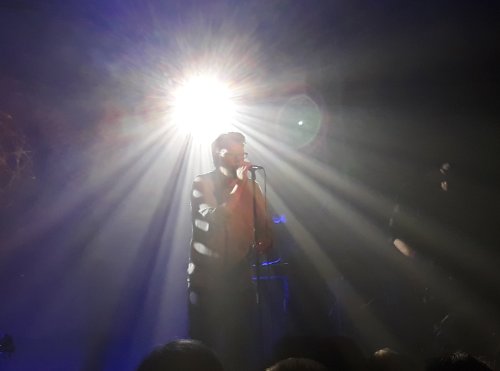 Robert Johansen and bassist Kristian Torp are the intensity and power behind the sound, the keyboards of Thomas Andersen colouring and broadening it to widescreen proportions, appropriate to the epic nature of the compositions, and deftly dropping in delicate piano motifs with ease. Up front Vilbo and Krømer add the melodic touches with guitars, plus violin and mandolin from Mikael, the different textures adding much interest. Around all of this flow the honeyed vocals of Jan-Henrik Ohme, soothing and warming the icy backdrop and elevating the subject matter to uplifting beauty. It really is a thing of wonder.

Fleeting Things, again from Soyuz, starts from frozen droplets before building to an emotional surround sound, coupled to gorgeous effect with The Dumb, the band’s links to Hogarth era Marillion coming through with Ohme’s imploring vocals against the ornate majesty of the backdrop, Golem a fitting but darker companion before the dense and sinister Molok Rising. 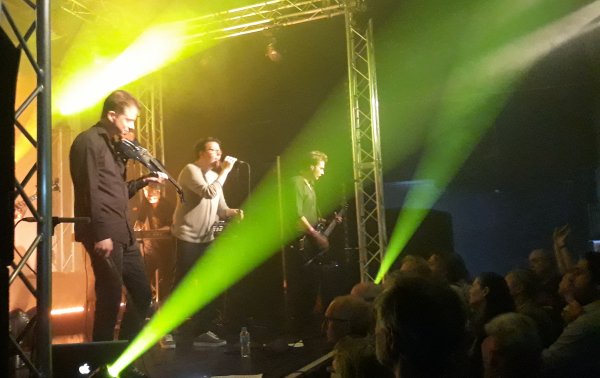 There is no showboating about Gazpacho, solos are limited and there is almost a self-conscious playing down of the deserved adulation. This is ensemble music making of the highest quality and they clearly strive to deliver it in the best way possible. The screen is fully integrated into the performance with the images presented a perfect complement. A hypnotic Dream of Stone takes us into Night, Upside Down keeping us there before a breathtaking Emperor Bespoke. It’s the run to the tape and the two parts of The Walk form a grand scale prequel to the mesmerising culmination of the set, the final track from the new album, Soyuz Out.

Detailing the fateful flight of the Soyuz I spacecraft in 1967 and the ultimate death of cosmonaut Vladimir Komarov, the first in-flight fatality in manned spaceflight, it’s a powerful finale to what has been a spellbinding performance. Komarov, fully aware of the catalogue of issues with his craft, went ahead with the mission in order to save the life of national hero Yuri Gagarin, his designated backup. It’s a heartbreaking example of the theme of moments frozen in time; Komarov making his fateful – and suicidal – decision, and, ultimately, his final seconds as he plummets back to Earth. Supported by archive footage it’s a powerful and absorbing piece of music and a fitting way to end the main set. 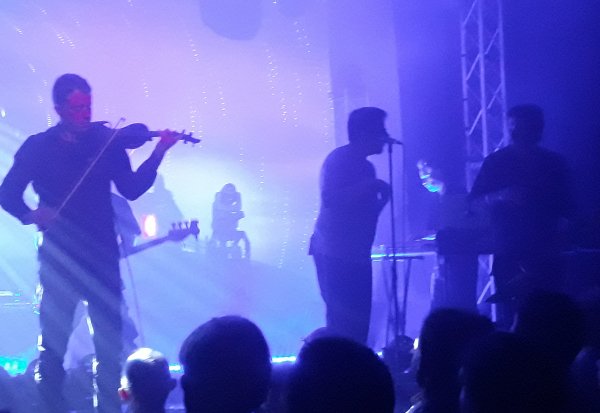 After two hours the band leave the stage to a storm of applause, soon returning for the double punch encore of the lengthy Massive Illusion, Mikael’s violin adding an emotional coda, before the evening ends with a wonderful Winter Is Never.

It’s been an involving and engrossing performance covering songs from six of their releases, Gazpacho not putting a foot wrong throughout. Is it Prog? No, of course not; it’s simply music of true quality that is sadly being hampered by being attached to this particular genre. Gazpacho continue to go from strength to strength and should be massive, their songs are exquisitely detailed and fascinatingly descriptive, but the increasing genrefication of music continues to do them a disservice. They are accessible yet deep enough to hold the attention, if only they were allowed a break to actually reach a wider audience, but it seems highly unlikely that this will ever happen. There is no justice; Gazpacho have outgrown their audience and deserve a wider hearing.

Don’t miss them should they appear near you in the future, and spread the word to encourage fans of other genres to give them a go. It’s the right thing to do. 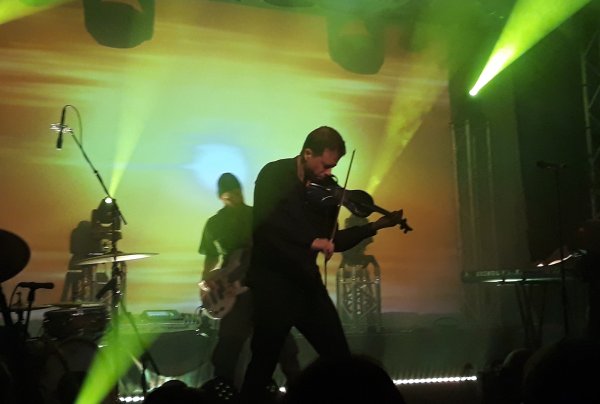 [Photos by Jez Rowden. With special thanks to Simon Glacken of I Like Press for his assistance.]

[You can read Leo Trimming’s review of Gazpacho’s Soyuz album HERE, and his interview with keyboardist Thomas Andersen HERE.]