Martin has chosen to preform, in its entirety, Wishbone’s 1974 classic album There’s The Rub, with its striking cricketer-rubbing-ball cover image. The band’s visit to Derby comes at the end of a week when the Australian ball-tampering scandal has brought this practice, and the Aussies dirty tricks tactics, sharply into focus.

But none of this can detract from the quality of There’s The Rub and the Martin Turner Band’s performance. No scandal here, just a highly polished set delivered with pin-point accuracy, bowling over the Flowerpot’s ever-appreciative audience. 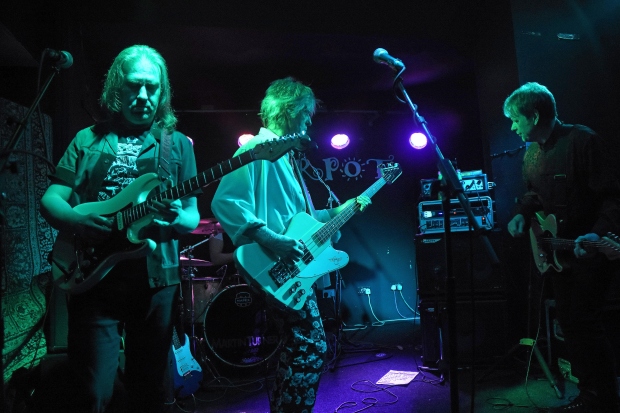 From the thumping opening chords of Runaway (from the album New England), this was a strong and powerful performance with Martin Turner (bass guitar and lead vocals) the driving force, well-supported in the rhythm section by Tim Brown on drums. Over this solid backbone Danny Willson and Misha Nikolic would weave their intricate twin guitar magic, the essence of the distinctive Wishbone Ash sound that brought the original band to the forefront nearly 50 years ago. 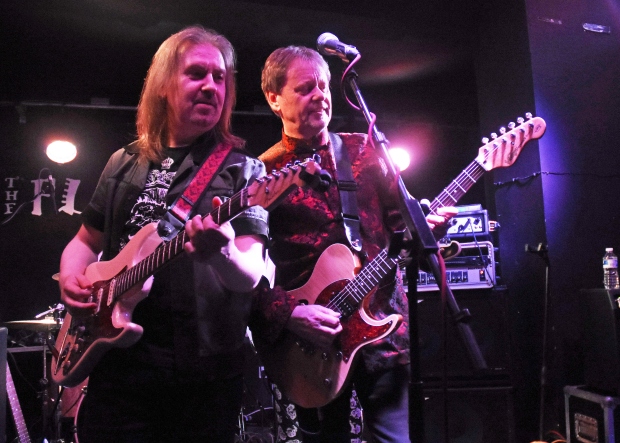 After this strong introduction, There’s The Rub in full: the light, upbeat Silver Shoes; the full-on hard rock of Don’t Come Back; Persephone, wistful and delicate; Hometown, Martin’s tribute to Torquay and Lady Jay, tales of medieval encounters on windswept Dartmoor. The finale to The Rub is the magnificent instrumental F.U.B.B., a superb showcase for Martin’s lyrical, yet forceful bass. Again this provides a wonderful canvas for the colourful twin lead guitars – no one does three guitars quite like Wishbone Ash and now the Martin Turner Band.

After a spell in the studio, Martin longed to return to live work, performing classics from Wishbone’s extensive catalogue, and formed his own touring band in 2005. As the principal lyricist and vocalist for Wishbone Ash, Martin was a major creative force within the original band. His vocals remain strong and his occasionally animated style goes hand-in-hand with these songs. They are, after all, his children. 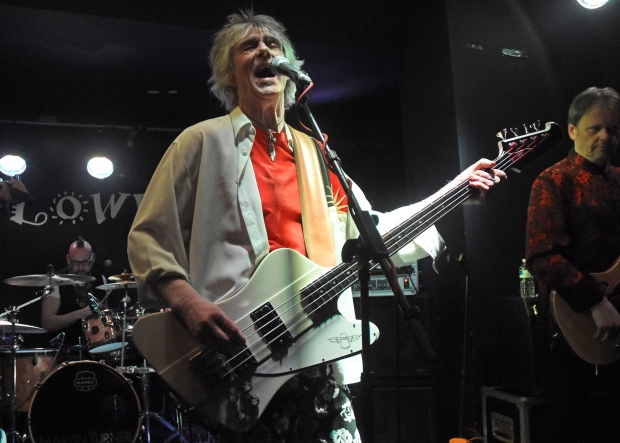 The remainder of the set was a trip through more highlights of classic Wishbone Ash back catalogue, and this would never be complete without a visit to their 1972 masterpiece Argus, beginning with The King Will Come. Next up was Errors Of My Ways “from our debut album back in 1770 – at least it seems like that!” quipped Martin. That must explain his continued fascination with Olde Englande.

Danny Willson has been with MTB for ten years now and notes Wishbone Ash and original guitarists Ted Turner and Andy Powell among his early influences. He clearly enjoys these intricate lead parts adding wow pedal for Runaway and The King Will Come together with harmony and backing vocals throughout the set.

Danny also introduced drummer Tim Brown to MTB, the pair having worked together in local bands in Leicester. Playing his first show after just an audition and one full rehearsal, he had impressed both the band and audience with his natural feel for the classic Wishbone Ash repertoire. 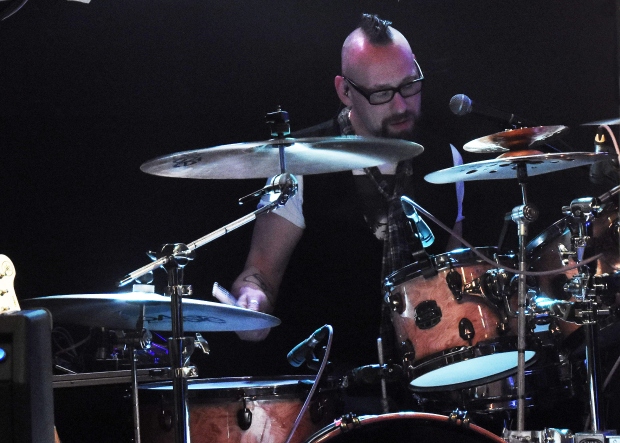 Misha Nikolic joined MTB in 2015 replacing Ray Hatfield. Misha has a wealth of experience having studied classical guitar in Serbia before moving to London in the ’90s. He has worked with a wide variety of artists across a diverse range of musical genres and styles, including television and production work.

Back to Argus again, and Warrior which has now acquired a couple of lines from Monty Python’s Lumberjack Song about wearing women’s clothing…. Curious, although Danny Willson did comment about Martin coming on stage in pyjamas and slippers! Warrior seamlessly slipped into the antidote to war, Throw Down The Sword and this is a cue for much air-guitar from the Flowerpot faithful.

The set also included Living Proof (from the 1980 album Just Testing) before returning to Argus for the ultimate Wishbone anthem Blowin’ Free, which features Danny’s steel slide for those final chiming notes.

Of course, no one was going home without an encore and the band returned to play Blind Eye (from the Wishbone Ash debut album), Doctor (Wishbone Four) and another Wishbone anthem, Jailbait from the Pilgrimage album.

The Martin Turner Band continue to tour the U.K. with live dates through April. Martin’s website indicates that they will include the entire Wishbone Ash debut album in their autumn 2018 tour and the 1976 New England album in their spring tour of next year. Can’t wait! 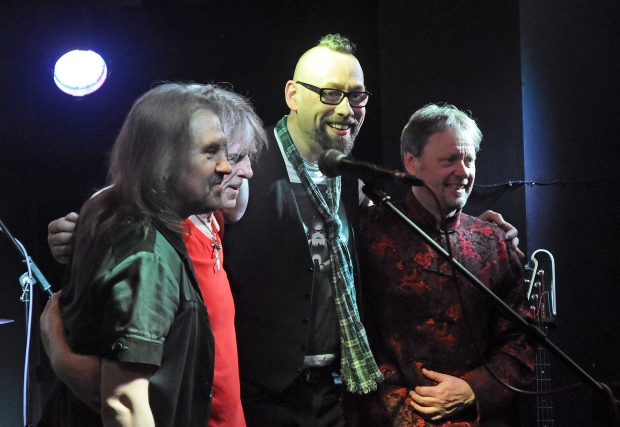 [And you can read Geoff’s interview with Martin Turner HERE.]