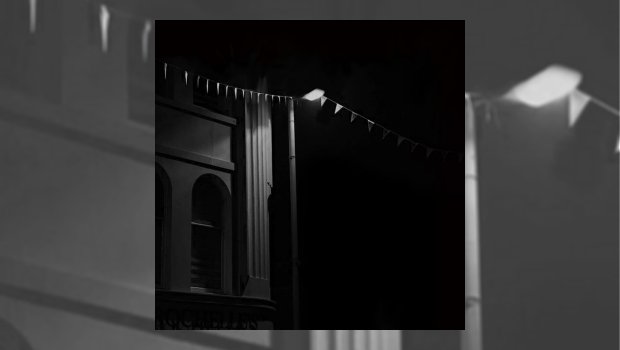 Chiyoda Ku – How It Works

A few weeks ago I saw a band that I’d never previously heard of, supporting Nordic Giants at their show in Cardiff. It’s always nice when the unexpected pricks your attention, and even better when listening to their recorded work in the cold light of the following day confirms that you weren’t mistaken.

Chiyoda Ku have chosen to name themselves after the area surrounding the Imperial Palace in Tokyo, the political centre of the country, but have in fact sprung from the less lofty and more cider-fuelled environs of Bristol. After a couple of EPs, How It Works is their debut album, and a more sparkling blend of tricksy math rock infused instrumental texturalism you would be hard pushed to find. The track titles are left to point the way to meaning, I particularly like the desperation of I’ve Got A Degree and A Bike – I’m sure we’ve all been in that kind of job interview where you have to throw in everything you’ve got in the forlorn hope that it might be just what they’re looking for! It kicks things off in angular fashion, with a hint of mystery about it before the intensity builds on the back of the drums. It’s an intriguing start which can knock you sideways as drone and repetition take over, only to re-emerge with a spiked punkiness. The dark solo piano is a surprise, an oasis of restraint that underlines that there is more to this band than you might expect.

The trio seem to have appeared fully formed, all working together like a well oiled machine to deliver slabs of melody driven weirdness that stir the emotions and the grey matter. It’s as agile as a gibbon on rickety scaffolding, but not for the sake of it. There’s real depth and maturity in the choices and arrangements and it bodes well for their future work, and coming in under 40 minutes is to their credit as the band keep things punchy and interesting, the nine tracks covering more ground than you’d expect, from the frantic Distracted From Distraction By Distraction, through the unexpectedly funky yet epic Smile You’re on CCTV to the more introspective Anaesthetic For An Empty Life and How It Works. There is no stand out player as the guitar of Charlie Barnes, Toby Green’s drums and the bass of Callum Oak weave around each other to create often bleak sound paintings, ripe with imagery.

All of the tracks move through phases and changing moods, but it also flows very well, allowing for energetic injections and sweeping changes of colour and texture. Is This What You Wanted is a beguiling mix of hard edged fury and deft atmospheric detail, all delivered with real confidence, both in their abilities and the material, the former is beyond reproach while the latter is well structured throughout. Restraint is a key factor of Hurry Up It’s Time and Pretend You’re Happy, each slowly building to grandiose proportions, but never allowed to get too far ahead of themselves and subsiding again with a questioning intent.

It’s All Monotone is starkly black and white to start, holding back with a mixture of reticence and anxious regret in a claustrophobic atmosphere, until Green forces the band to draw back the curtains, unlock the door and leave the house. It’s a beautifully uplifting way to finish the album, delicate and meaningful as shards of light finally penetrate the darkest corners.

If you’re a fan of stripped down instrumental bands with both the chops and the artistic integrity to deliver well thought out musical statements then you can do so much worse than check out Chiyoda Ku.