Fresh from their award for ‘Album of the Year’ by PROG Magazine for The Optimist, Anathema embarked on the U.K. leg of an extensive tour which has already seen them play in Russia, Mainland Europe, Mexico and North and South America. This date sees them play at The Marble Factory, which is packed and a considerable step up from their last Bristol date at the quirky but rather small Thekla boat venue. They have well and truly transformed themselves from a young doom metal band into artists capable of emotionally and spiritually laden, sensitive yet powerful rock music, which is clearly ‘crossing over’ to appeal to a much larger audience. I last saw them on their short no frills tour at the end of 2016 where they were effectively ‘running in’ some new songs being written for The Optimist. They were impressive then, but on this full blown tour they show their true value as a class live act with an impressive repertoire of material, captivating imagery and excellent performances. 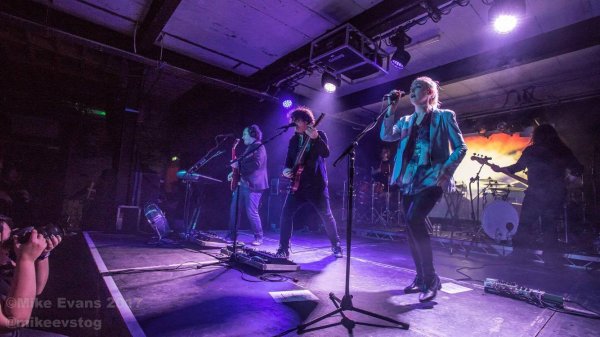 The Optimist features significantly early in the set with San Francisco setting the cinematic scene to this themed album. However, they also warm up the enthusiastic audience with their classic Untouchable, Pts 1 & 2 which perfectly showcase the blended vocals of Vince Cavanagh and Lee Douglas on this very moving song, which means a lot to me as I associate it with a personal loss. The crowd join in like a choir for the refrain “Had to let you go”, and there is heartbreak in the air as Lee beautifully closes the song over the backdrop of stars and a setting sun – melancholy can be so breathtaking when expressed so beautifully.

Can’t Let Go follows from the more groove based new album and features Danny Cavanagh on vocals and more eye catching visuals. After the majesty of Untouchable this is probably the only mis-step in the whole show as Danny’s vocals are not as strong as his brother, and the song curiously and unsatisfyingly ends with a curious fade. However, such slight disappointment is fleeting as they segue into new song Endless Waves with Vince on keys and more crystalline vocals from Lee Douglas. The song develops into very U2-like chiming guitars and builds with great power – definitely one of the stronger songs from the new album, and one which very much benefits from a fine atmospheric live performance at Bristol. The title track from their new album follows with dialogue about a storm coming which fulminates with Danny filling the space with soaring guitars before receding plaintively – spectacular, emotional and finely played stuff. 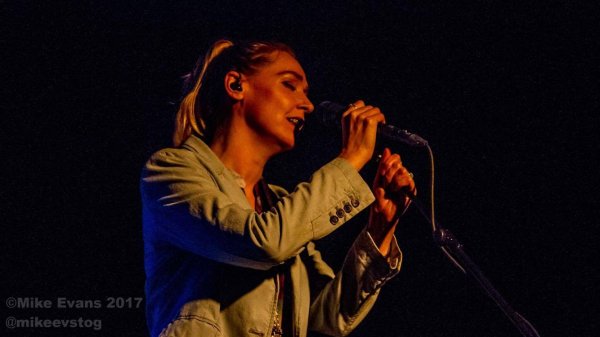 Anathema then play a triptych of three of their greatest songs as they launch into songs from their two most celebrated albums, We’re Here Because We’re Here (2010) and Weather Systems (2012). The anthemic Thin Air highlights the stellar vocal talents of Vince and the crowd are loving it, followed by Lightning Song with its glorious combination of acoustic melody exploding into the electric lightning strike of guitars and the volcanic John Douglas on drums before the soothing gentle come down. Danny Cavanagh introduces Dreaming Light as “probably our best song” and it’s hard to disagree as this delicate and diaphanous song gently flows around the venue to touch the souls of a hushed and attentive audience – they know when they are being treated to a special performance. The dream-like setlist continues with another classic Weather Systems song, The Beginning and the End, featuring keyboardist Danny Cardoso on drums which takes the show to an even more stratospheric level. Cardoso also designed some of the fascinating back drop visuals, such are his multiple talents. Universal calms the atmosphere before we go into their familiar finale with the pulsating and vocoder-laden Closer from Natural Disaster with Vince on keyboards. The crowd are in raptures as this throbbing epic hypnotises the whole venue. 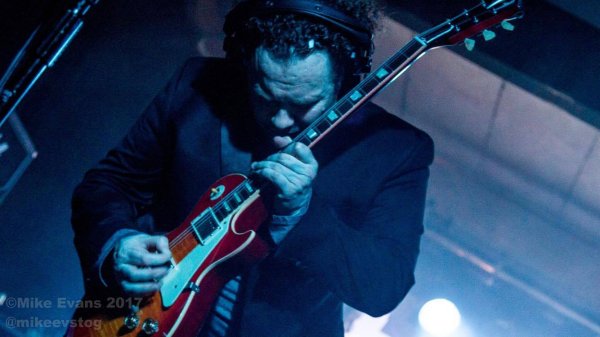 The band return to a tumultuous reception and plunge in to their percussive rhythm infused Distant Satellites with Vince’s yearning vocals echoing around the room before he pounds away on tabla drums. The encore takes an unexpected but very pleasing turn when they turn to some songs from nearly 20 years ago on their album Alternative 4. To the delight of the crowd Danny playfully plays the opening verse of Bowie’s Space Oddity before “Ground Control to Major Tom…” segues into Lost Control and then Destiny as the band continue to excel themselves as a finely tuned and very tight live outfit. Danny Cavanagh then commences an inspired extended opening of Pink Floyd’s Shine on You Crazy Diamond before the band really take flight in to a climactic Fragile Dreams to great acclaim from the crowd. After such an ecstatic ending Anathema then send the crowd home with a final soothing acoustic cover, by Danny on piano and Lee on vocals, of Glory Box by local band Portishead, which may well be a tribute to a fine Bristol crowd. It’s a fitting end to a tremendous gig by a great band… catch them live if you can.

[With many thanks to Mike Evans for his photos, used with permission, and Simon Glacken of I Like Press for his assistance.]