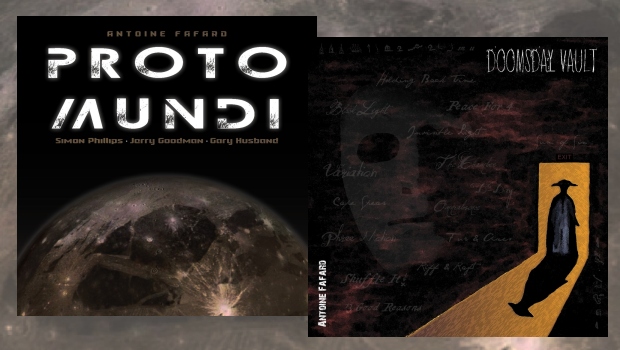 I can still remember that voyage of discovery, when as a young teenager, I started to unearth the world of music. Excitedly travelling each Saturday morning to the, then plentiful record shops to buy one album, but which one was always the dilemma. In reality it didn’t really matter – it was all fascinating at that point. So the adventure began with the first one – and suddenly I like rock, that’s what I like. Same week and you are round a friends house and he plays you something different and you think I like that too – what’s that music called – progressive rock. I like two types of music – I’m diverse ;0)… And that trend continued in my later teens when I discovered a trickier kind of music called fusion, jazz-rock and/or variations on that theme.

So what on earth has this got to do with Antoine Fafard’s 2017 release, I hear you ask? Well with the passage of time, life’s trials and tribulations turned that enthused teenager into a world weary, cynic, but still harbouring thoughts of rekindling that early passion. Don’t get me wrong, there’s a wealth of great music being released and the journey continues, however every now and then, one album turns up and relights those early sparks. One such album appeared last year from composer and bassist Antoine Fafard, along with drumming legend Gary Husband and guitarist Jerry De Villiers Jr.

Sphère arrived late in the year and due to a lack of time I was only able to write a few word for one of our periodical ADA Review updates. So the announcement earlier this year of a new album was certainly something to keep an eye open for and might offer the chance to write a more in-depth review. As details started to emerge and with just three tracks, first thoughts were that Proto Mundi was to be an EP, but perish the thought, with two tracks topping the 20-minute mark and the final cut 10-minutes, this is a full blooded release.

On Proto Mundi Antoine Fafard not only takes on the bass duties, but all the guitar parts. Gary Husband returns for this latest release, although purely on lead synths this time around and the drum throne is occupied by Simon Phillips. Icing on the cake is the wonderful Jerry Goodman on violin.

Sphère was a splendid album, however on Proto Mundi Antoine has surpassed himself with a truly absorbing journey through the world of contemporary progressive jazz-fusion. I believe what sets this album aside from its predecessor is that Antoine has allowed the tracks extra running time and the space to breathe, perhaps best exemplified in The Journey, the second of three pieces that form a suite of tunes from Antoine’s first conceptual album project, with the titles taking their names from the chapters that make up the short story found in the accompanying album booklet.

The Journey is like an amalgam of much of that wonderful music that so enthralled the younger man mentioned above. With Jerry Goodman present it is difficult not to take Mahavishnu Orchestra on our journey. No Jerry De Villiers Jr. on Proto Mundi, which I find a little surprising, if for no other reason than there’s some splendid guitar work here and across the album, which presumably must be credited to Antoine. Returning to his main instrument and throughout Antoine Fafard displays great touch and his innate groove is a perfect foil for Simon Phillips inventive craftsmanship – at times it is easy to forget what a wonderfully intuitive player this guy is.

The drum tracks for Proto Mundi were recorded over a two day period, at Peter Gabriel’s Real World Studios, so needless to say the production is crystal clear and defined. Equally pristine are Jerry Goodman’s violin – in fact the production values across the entire release are top notch.

Now there are bonus discs and there are bonus discs, and quite often they can be a bit of a mixed bag. Doomsday Vault contains eleven remixed tracks from Antoine’s first three albums, plus four previously unreleased pieces, making it a truly BONUS offering. As might be expected, the bonus disc contains a varied selection of material covering contrasting styles. For those unfamiliar with Antoine Fafard’s work then this CD would not only serve as a superb introduction to his back catalogue, but it’s a damn fine listen in the process.

When we speak of great bass players, Antoine Fafard’s is not a name that would crop up too often, a shame, as he is certainly deserving of such an accolade. Perhaps something for the future, but testament to his playing now is the list of world class drummers that have graced his previous solo albums and appear here on Doomsday Vault – Chad Wackerman, Vinnie Colaiuta, Terry Bozzio, Gavin Harrison – a veritable crème de la crème. Not to mention such fine instrumentalists as Jerry Goodman and Gary Husband who appear on Proto Mundi, but also guitarist Scott Henderson who appears on the bonus disc performing on the funk/rocker The Chamber.

An excellent package and well worth investigating. Heartily recommended to those who enjoy well written and wonderfully executed instrumental music… 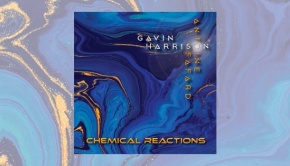