It’s my first visit to Bush Hall, a charming and exceedingly elegant music and dance hall originally built in 1904. Put to a diverse variety of uses throughout its history from WWII soup kitchen to bingo hall to snooker and social club, it was purchased by the present owners in 2001 and restored to an acoustically refined and beautifully understated venue which serves as the admirably fitting setting for tonight’s performance from Iamthemorning.

As you walk through the doors you are greeted by a stage illuminated by sumptuously warm and welcoming colours framing an array of instruments perhaps not normally associated with a prog concert, including a Blüthner classic piano, violin, cello, bass guitar and drum kit. A set of six chandeliers provide lighting to the main body of the hall as the sound of bird song plays over the casual buzz of conversation in happy expectation of what is to come. 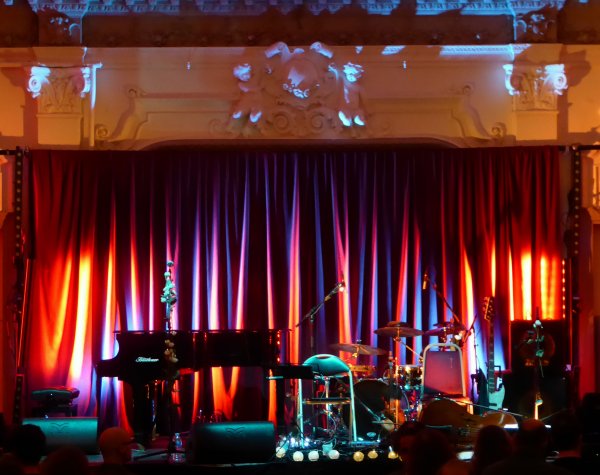 Iamthemorning are on a short tour of The Netherlands and the U.K. prior to their appearance at Summer’s End Festival in Chepstow, and, having played the same venue almost exactly a year ago, there are a good number of familiar faces among the audience tonight. There is no support act and at 8.30pm the lights go down and the band take the stage to warm and receptive applause.

What follows is an evening of spell-binding music which is refreshingly honest, natural and open. As the band seamlessly move from Inside to Scotland the organic rhythm and flow of the songs create an alluring and absorbing warmth which is both inviting and infectious. Marjana’s vocals are effortlessly precise yet gracefully engrossing, sweeping you along on emotional tides that are fresh, sincere and utterly enchanting. Gleb’s piano playing is simply out of this world, supremely gifted, breathlessly thrilling and masterfully nuanced. 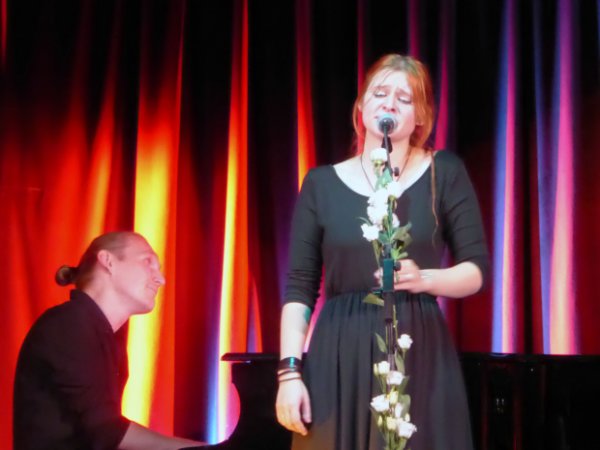 As the music plays, Marjana dances, sways and jumps, using dramatic gestures and theatrical sweeps to emphasise the meaning of the lyrics or the engaging beat and flow of the song. At other points she sits to the edge of the stage and lets the music speak for itself and create a space for the band to fill centre stage with their own distinctive instrumental voices and contributions.

Karl Pestka on violin gently nurtures the soundscape, interjecting a smooth, hypnotic voice in the spaces between vocals or simply providing a compelling and dominant lead. Guillaume Lagraviere’s cello weaves subtle textures and provides a throbbing, undulating pulse. He combines well with Josh Franklin’s bass, sometimes assertive and dominant, at others playful and mischievous in the interchanges with the others. Evan Carson on drums demonstrates the art of spirited restraint, passionate and emphatic when required, quietly assured in supporting and underpinning the rhythms emanating from the piano. 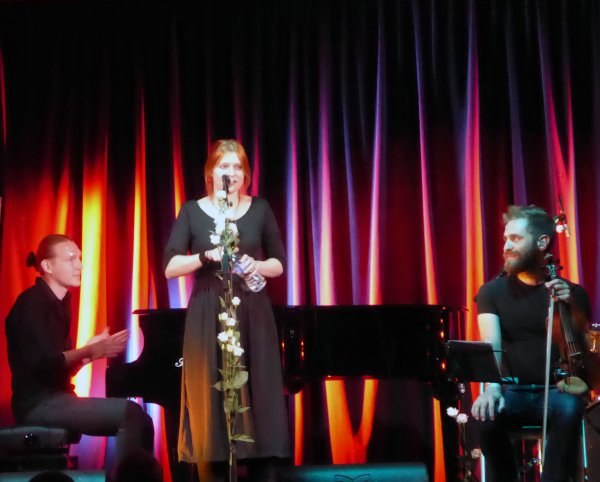 Interspersed throughout the evening Marjana provides a series of self-effacing, soft-spoken observations into the origins of certain songs and the themes on which they focus. She cheerfully announces ‘yet another’ song which is about pain, death, mental instability, arson, broken hearts and failed relationships – and these, she tells us, are just the ‘happy songs’! The sometimes tortured movements which accompany the lyrics drive home all too well the iron fist of meaning hidden within the velvet glove of soaring melodies and gorgeous refrains.

The encores of Afis and Os Lunatum are an absolute treat for an audience who rapturously and strenuously call for more. Caught up in the magic and the energy of the moment, it is the perfect ending to a hugely enjoyable evening. Marjana and Gleb mix freely with those who stay behind, pleased to chat and talk about their songs, their music and their plans for where the song writing might go next. They have a delightful and unassuming spontaneity which shines so brightly in their music and the manner in which they perform. Arresting and beautiful, if you get the chance I heartily recommend making time to hear the endearing and completely captivating experience that is an evening spent with Iamthemorning. 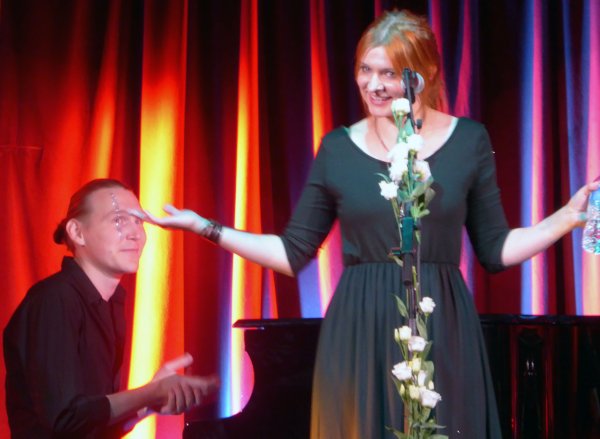