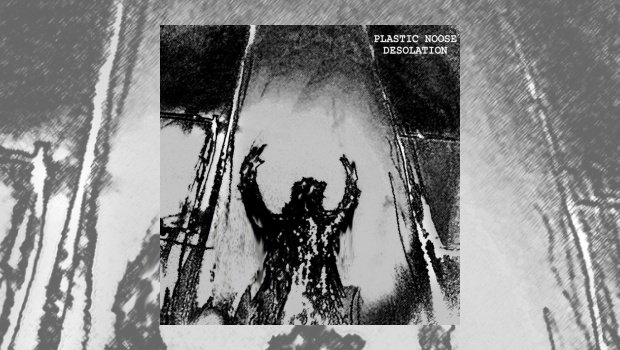 In 2014 TPA reviewed Fractured Despondency, the second release from Edinburgh based project Plastic Noose, which despite some early misgivings at the time, turned out to be a damn fine album – especially the sixteen minute album closer Suicidal Crisis.

Desolation, as the title implies, isn’t a joyous affair, in fact it is packed with raw, bludgeoning venom, grinding detuned riffs and, on a number of tracks, guttural vocals. BUT intricately interwoven within this dark, industrial metal framework is a superb mix of electronica, prog, classical, avant-garde and subtle ambient textures, and we don’t have to wait long either as the album’s first three cuts reveal many of these. Opening with the eerie film-score piano of Scotland the scene is quickly shattered by the dark down-tuned riffage of Burning Inside. Brief respite returns in the form of Sasturgi‘s simple, but effective piano motif, which lays the foundation to this crafty slow burner.

One of the key strengths of Desolation is that it has all the power and emotion of a live album, but with the precision that comes from recording within a studio environment. The end result captures the moment, where the creative juices flow and the and energy exudes. Granted there are overlays, but keen to retain a live, organic feel, what you hear is the tracks as they were performed and without editing, realigning or any studio fixes to the music.

Despite it’s title Desolation has its fair share of up-beat moments, pulling from dark to light in equal measures, whilst retaining a clear pathway, illustrated perhaps best by the captivating Snowman which grooves and delights in equal measures…

…whereas the angst of Welcome To The Depths Of My Hell drags the listener into an ever spiralling pit of despair. Gradually and without remorse.

As remarked towards the end of the Fractured Despondency review, and similarly here with Desolation, this album is going to appeal more to those with a penchant for the heavier end of prog spectrum, however some thoughtful writing and planning gives the music a far wider appeal. So hidden away within the grungy riffage is a plethora of sweeping synths, pulsating rhythmic sequencing, subtle guitar and, as always, superbly held together with some tasteful drumming. Final touches come courtesy of the nicely minimalistic vignettes, which not only relieve the tension, but add strength as a whole.

On the surface not an album that might have attracted me, however all in all one with hidden depths, which I can assure you are not going to be revealed with just a cursory dabble, so dig in folks…

There’s no social media presence for Plastic Noose, and although I see the attraction… perhaps a reason why this music sits way under the radar. With another album scheduled for release on 21st December 2017 let’s hope there are possibilities of exposure beyond the FB and Twitter universes. 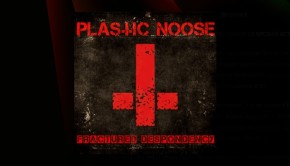