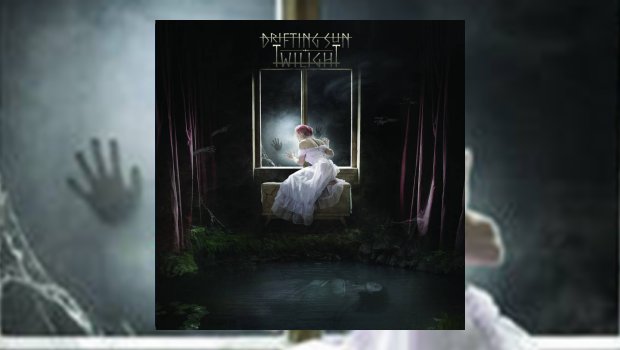 In the beginning was the dark, a little Thin Lizzy, a touch of Muse, a smidgen of Marillion and a soupçon of Queen. Yes, there are other influences from the history of Prog, but this is the real McCoy (not the clothes shop next door to Manson’s Guitars in Exeter), the real Drifting Sun. Or as keyboardist Pat Sanders put it to me, “this is where we want to be as a band”.

The most significant change from Safe Asylum is the new guitarist, Mathieu Spaeter, nicked, borrowed or something from Franck Carducci, and boy is he good. That is not to deny the talent of his predecessor, but Mathieu has introduced more edge, a rockier sound. There remains Monsieur Pat’s fluid keyboard sound, that hint of baroque/renaissance, and the end of the first track, Twilight, does have me singing the Marillion refrain “Where do we go from here?”; but this is Drifting Sun reaching new pinnacles.

Pink Floyd pay a visit with a fair interpretation of that Gilmour sound on Mystery of Lies, a spoken intro and the comparison with the Floyd disappears in the drifting down mists. The cojones are, shall I say, firmly gripped. That essence between light and dark, which is the subject of this conceptual album, continues to rise. A new dawn indeed. The harmonies, or overdubs, are beautiful, and thoughts of their production are lost amid Peter Falconer’s vocal interpretation.

Just eight tracks here, of varying length, but as both Pat and I opined, length does not make it prog, nor brevity, but some other factor. There is also a significant difference between hearing this on the Alpine in the car, and the studio’s full on Hi-Fi. More depth, and this is only listening to the MP3 version, a media notorious for crushing the top end and dulling the low.

These songs do not easily fit to the rock song, ballad format, they are individual stories, subtly joined in this case by the ying and yang theme. Wings of Hope is just that, an optimistic search for light in the darkness with emotive vocals that waver a bit, adding rather than detracting. The Marillion aspect rises again, but only in the sense of the pacing, the drums drawing rhythm and melody together without screaming. C’mon Mr Sanders, let this out from behind the curtains of Acacia Avenue and let this band live!! Sales would go through the roof.

The common theme of light and dark, day and night persists – predictable it is not, almost ecclesiastical with the introduction of church organ light on Soldiers. Dark themes with light shining in like sunshine through clouds on a dull day, creating that cathedral effect. Instruments playing in harmony, sometimes counter, sometime complimentary, and unlike a couple of recent albums, one tune flows to the next, bliss.

The closest I can get to this in terms of recent bands I have heard are Verbal Delirium; clever stuff, rich, with so much heart and soul in the music. Layer upon layer, a gateau for the tasting (so many calories…).

Summer Skies has a lighter touch, the vocals almost reaching Jon Anderson highs, the sustain wavering again. I admit that to some this could be off putting, but to me it is an interpretation, one only achievable by myself with the aid of nutcrackers, so I shall not criticise. Remedy is… well there’s a question, a lighter tune though no less poignant in the balance of light and shade.

Two tracks to go, the cavalcade moves on, driving into the Sun. Those elements of light and dark remain, dusk never sleeps! So, whether it is intentionally or accidentally, both Outside and the final track Remain seem to me optimistic. A distant light from a Drifting Sun, and a new dawn begins.

Now the plea – buy it. Give the band the funds to produce more. This to me is a great album and deserves to be widely heard. The artwork is great, probably should be well served on the vinyl sleeve, should it ever occur. The band describe this as their most accomplished work to date. You know what? They’re right. 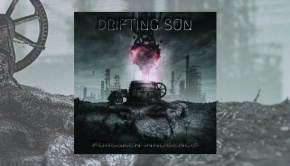