With the release of the debut album from My Tricksy Spirit on 1st September, courtesy of the good folk at Bad Elephant Music, TPA’s Roger Trenwith had a chat with Charlie Cawood, player of guitars, bass, sitar and tsouras, and also a member of Knifeworld and Mediaeval Baebes, about the genesis of their “Psychedelic-Gamelan-Trip-Hop-Dub” and where they go from here… 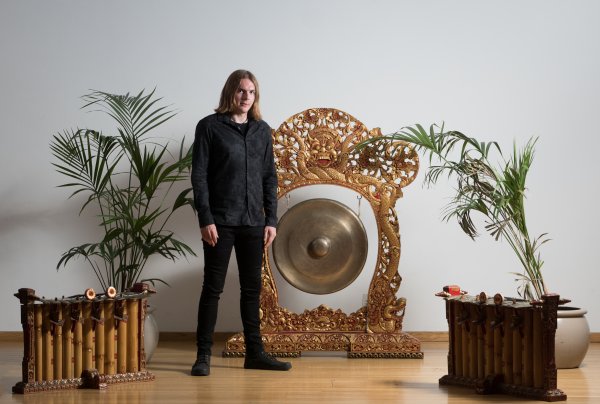 A quick Google reveals that My Tricksy Spirit goes back at least two years. How and when did the project come about?

I believe the original conception of the project was as far back as 2010. It started as a series of improvised jams between Nick Gray and Joe Chapman, an Oxford-based multi-instrumentalist, formerly of Psyche-Rock band Spiral 25 (with whom Nick guested on violin), and currently of Neon Violets. The intention was to use Nick’s instrument of choice, the Balinese gendér wayang, in a Western Psychedelic Rock context. Nick learnt and practiced the instrument, a keyed metallophone traditionally used to accompany shadow puppet plays, extensively while on a 3-year stay in Bali.

I came on board in 2011, after having met Nick while studying at the School of Oriental and African Studies. My initial role was playing electric guitar and bass on several recordings, which had now become more song-based. These recordings were of a Psyche-Rock style, but with the Dub and Trip-Hop elements taking a greater precedent. Joe at this stage was acting as drummer and producer. 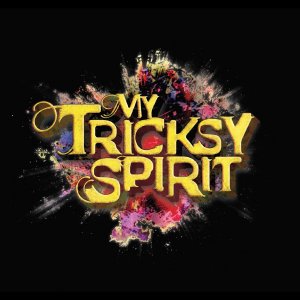 After several years of working on and off between Oxford and London, the band became exclusively London-based, and tentative attempts were made to make the band function as a live ensemble. Following several incarnations of a live line-up, Rob Shipster, a drummer and producer also from SOAS, was brought on board in order to finish the album. Given Rob’s experience as a producer, the sound of the album took on even more of an electronic quality, incorporating elements of psy-trance and ambient music, while retaining the dub and trip-hop of previous recordings. Various collaborators were brought in, including Julian Vicary (synthesizers) and Tomoya Forster (electronics). This incarnation of the band made its live debut at The Forge, Camden in October 2015.

You mention “several recordings”…is there another vast back catalogue to explore?

No, just a few improvised jams that were used for demo purposes. We did release the original mix of Free of Stars (along with Dub of Stars as a B-side) as a downloadable single a few years ago, but that’s the extent of it. This album is the first ‘official’ release, and the sound of both of those tunes has changed somewhat since then.

Listening to the album, I get a distinct connection to Jah Wobble’s Invaders of the Heart, specifically his very fine and quite mad offering Take Me To God. You both seem to have an urban multi-cultural heady vibe on display, plus of course the lovely dub bass. Is all that merely coincidental, or are one or all of you fans of Mr Wobble’s work?

I know his Japanese and Chinese Dub albums, but that’s about it. We’re aware of, and enjoy, his solo work and back catalogue with PiL, but I wouldn’t say he was a direct influence. I think the dub elements were originally a result of Joe’s love of King Tubby and Mad Professor, and the fact that it was being combined with ‘World’ influences was a coincidence. As such, the earlier recordings had a more analogue quality, which changed somewhat when Rob took over production duties.

There was a long-running joke that we had to get to mixing Dub and Gamelan before Jah Wobble, though!

Ha! At least I wasn’t totally wrong for once. 🙂

Electronica or no, the album is very human, very organic, it all goes down to groove. It certainly works as a “warm summer evening record”, Pimms in hand.

Are there plans for gigs? I would love to see this performed live.

There’s currently talks of how to perform the set with a more stripped down version of the band, with loops and a sound-system. I think Rob has a new rig that he’s been working on for that very purpose! 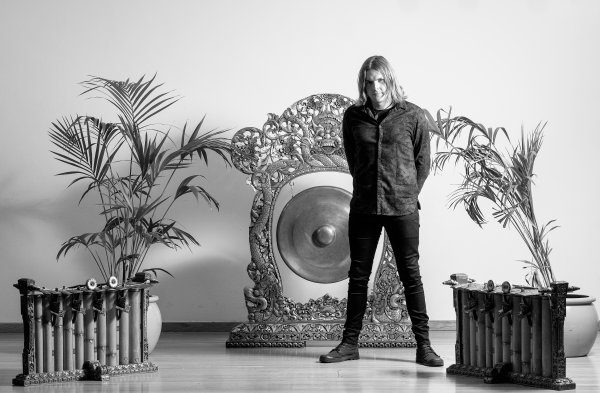 Presumably, the gendér wayang and the other Indonesian/Asian instruments are in the mix as a result of the SOAS connections of most of you?

Possibly, though I’d been playing multiple stringed instruments for quite a few years before attending SOAS.

I notice that “gendér wayang” as well as being an instrument, is also the description given to the smallest gamelan ensemble, which confused me to start with. The instrument is like a wooden xylophone or vibes, it seems?

The name refers to both the instrument, as well as the ensemble. It’s different to other gamelan in that it’s exclusively played in pairs, or groups of four. Like other Balinese keyed metallophones, though, the ensemble uses paired tuning – where the instruments are slightly out of tune with each other, which creates a shimmering oscillation effect. The instruments themselves are bronze keys laid over bamboo resonating tubes, which would later influence the design of the Western vibraphone. The playing technique is very advanced, in that the player uses two hands to simultaneously play melodic lines and patterns that interlock with the other member of the pair, requiring a large amount of coordination.

The particular pair of instruments used in MTS are tuned very similarly to a Western C minor pentatonic scale, which makes them playable alongside Western instruments (other pairs of gendér wayang might not be tuned in such a way, so not playable in Western tuning systems).

Also, we always use that particular pair of instruments live, so no sampling. This requires another player to perform the interlocking parts. Nick also runs a traditional gendér wayang ensemble called Segaru Madu, so usually we’ll call upon another member of that group to help us out.

Hours and hours of practice I’d imagine. And not the easiest instrument to lunk about between gigs!

The songs sound like they were built in the studio from the ground up….or did Nick present rough first drafts that you all added to? In other words, how does MTS’s songwriting work from a practical point of view?

The usual process is that Nick will write a riff on the gendér, as well as a corresponding pattern that interlocks with it, which will be split between the two instruments. Then Nick will write a song around that riff, which is then arranged by Rob during production. Then I’ll arrange a bassline and any other parts around that, possibly adding some guitar or other stringed instrument.

Charlie, you are currently in Mediaeval Baebes and Knifeworld, and no doubt Nick and Rob have other musical projects in operation. Will there be any more from MTS as far as recorded music goes?

I believe Nick and Rob are currently building new songs and arrangements in the studio, so the second album is already underway! I expect I’ll be adding my parts once they take on a more complete shape.

That’s good to hear, I look forward to that. Best of luck with this fab album, and I hope to see MTS on stage sometime soon! 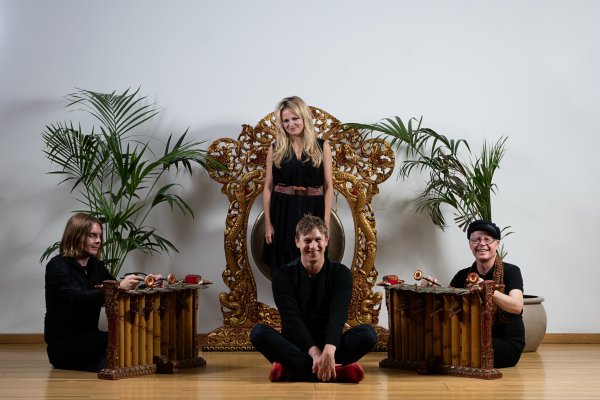 [And you can read Roger’s review of the My Tricksy Spirit album HERE.]