One of the most involving albums I’ve heard in 2017 is Tempest, the sophomore release from UK-based Telepathy. Whereas in the past instrumental metal bands often painted themselves into chops-obsessed corners, now I’m hearing more focus on creating immersive, atmospheric experiences. Telepathy is one of the most impressive proponents of this developing approach, along with bands like Kylver and Tempel they are demonstrating that there are still new avenues to explore in the realm of heavy instrumental music. Guitarist Richard Powley was nice enough to provide some insight into the inner workings of Telepathy.

Riffs glorious riffs. On my first listen to Tempest that was the thing that kept coming back to me; “These guys are certified riff worshippers” (one of my highest compliments). Was that one of the core unifying factors that brought the band together, an almost spiritual devotion to the heavy riff? Were there certain artists that you all admired or do the influences vary?

Thanks! We definitely all worship at the church of the riff! However, the main thing that brought us all together musically at the beginning was a simple desire to not follow any pre-existing guidelines and really try to encapsulate an experimental, yet incredibly heavy and emotional vibe with our music.

Our influences vary across the board, as we all have pretty eclectic tastes. We noticed early on that all of the bands and artists we bonded over were the ones that really carved their own path and continued pushing boundaries across their discography. Black Sabbath, Mogwai, Earth, Mike Patton, Neurosis, Tool, the Melvins, Karin Dreijer Andersson (of the Knife & Fever Ray), Dalek and Aaron Turner were all quite inspirational in that way. 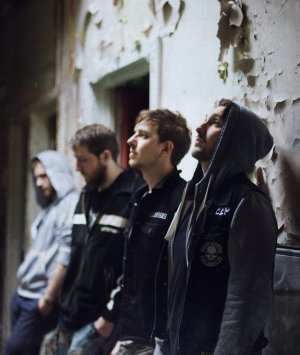 One of my pet peeves of music discussion in the Internet era has been the over-proliferation of subgenres and cataloging in general. I still haven’t figured out how classification became more important than discussing the sound of a band. Yet, it’s now a question that has to be asked. I most frequently see the term ‘post-metal’ assigned to you (a term I admittedly don’t like), how do you feel about that categorization? How would you describe your sound without using a genre classification?

I totally sympathise with where you’re coming from, however I also appreciate that it might be easier for people to search for new music according to their taste this way.

For us, the main thing is to remain original. As a group, this music reflects where we are in life as people, and I don’t think one particularly sound or style has ever been enough to project what we want to say.

Writing has always been a very spontaneous and unconscious process for us, so blending different styles together has been a natural part of what we do. If people want to call this ‘post-metal’ or ‘instru-metal’, who are we to judge?

As I mentioned in my review of Tempest I was struck by the fluidity of the arrangements. It’s more of a vibe record than 12 Areas, almost a polar opposite in some respects. Was reducing the complexity in favor of sustaining a mood a conscious decision going into the writing process or did it evolve on its own?

That’s a great observation and I’m glad you mentioned it. The first two songs we wrote for this album were Celebration of Decay and Hiraeth, and for us it was obvious from that point this was the direction we wanted to take with album.

We felt that the additional space in the music and structures had given the material a heavier and more emotional edge and that’s exactly what we were looking for with the new material.

Thanks a lot! With this record we wanted a much more organic and less ‘processed’ tone from the guitars in keeping with the more spacious and human material.

We were lucky to have a real wealth of vintage gear at our disposal with Jaime Gomez Arellano at Orgone Studios, in fact I think there is only one modern amp on the record!

It’s really Jaime’s great ear that gave us this particular tone and it’s something that has really changed the way we think about guitars and tone with respect to Telepathy in general. 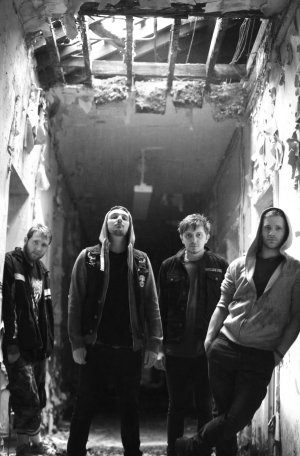 For all the geeks like myself out there the main rig used for heavy guitars was a blend of a Peavy 5150, Marshall JCM 800 and an Orange Tiny Terror. For cleans and effect layers we used an old silverface Fender Twin Reverb and a Vox AC30 and for bass it was an old Ampeg SVT.

Another aspect of Tempest that struck me was what a great-sounding record it is. A lot of modern metal albums are just too processed and compressed, Tempest has that modern punch but it also breathes beautifully. I’m a fan of Jaime Gomez Arellano, what was it like working with him on the album?

It was a truly great experience. The only pressures were those we placed on ourselves, and Gomez was key to getting this record to sound the way we wanted. He understood exactly the power and heaviness we wanted to achieve and also how to contrast that with the more airy and dynamic sections.

As you mentioned earlier, it is more of a vibe record so we collectively decided to throw out any clicks and record the base tracks as a live band feeding off each other in the live room as a certain push and pull in tempo is critical in getting that emotion and energy into the finished record.

I love instrumental music, it has been a constant throughout my life, but it can increase the difficulty of an already challenging market. I applaud any band that stays true to their muse and enters the marketplace in an instrumental format. Was there trepidation in that decision or were you steadfast from the beginning? What would you like to see Telepathy accomplish (creatively and/or commercially) over the next few years?

There wasn’t really any trepidation when we began as we quickly realized we weren’t going to take a traditional approach with this band and felt there was little room for vocals in the material.

As for creative or commercial success, we’re amazed at the reception to Tempest so far and it’s far exceeded our expectation already. To have people all over the world picking up the album and to have received such great press across Europe has been humbling to say the least

We’re a touring band at heart so to be given the opportunity to take our music on the road across Europe and to play at incredible festivals like Roadburn, Desertfest and Incubate with some of our musical heroes has been fantastic.

We’re only part way into the touring schedule for Tempest right now and have a few really exciting European and U.K. tours and festivals to go before we can take stock of where we are at creatively, although I can say that material is already bouncing around for the follow up. 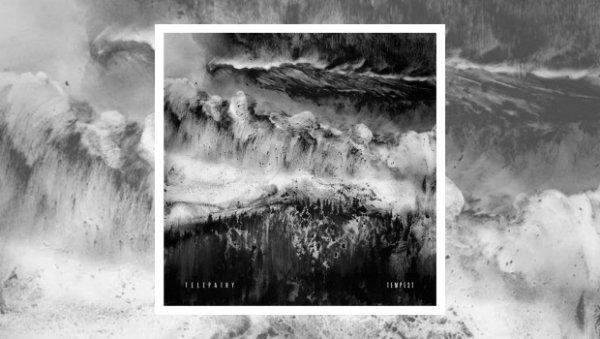 You can read Shawn’s TPA review of Tempest HERE.