A few days after speaking to Steve Rothery of Marillion, John Wenlock-Smith caught up with frontman Steve Hogarth in a brief telephone conversation, recounted below, covering the new Marillion orchestral album.

So Steve, did you find your way back home on Monday OK?

Yes I did, I don’t think she knows that I do go out.

I’ve always said that if you know five main roads in London that you are usually OK.

Well I used to work in London most days, so I do know my way around a bit.

Well thanks for talking with me, its really kind of you to do so. Well let’s ask you some questions then; you have a new album coming out, that sounds interesting.

Yes, it’s called Marillion with Friends from the Orchestra that came out of our being a little frustrated that we couldn’t keep going and tour out in the provinces with these friends, so Mike [Hunter] did some more arrangements and we went off to Real World Studios at the back end of last year, and I think it’s out now.

Yes, because we’re seeing you in Birmingham Symphony Hall soon.

Cracking gig, it’s a great room, we’ve played it a couple of times with Marillion and I did it a few months back with Trevor Horn.

I’m looking forward to it, should be a great night.

Yes, well I’ll do my best to make it worthwhile for you!

I’ve seen you at the conventions a couple of times.

Ah, that’s the proper ones, they’re always good fun to do, that’s always quite something.

You have a very dedicated fanbase.

We’re one of those bands that really get under your skin, it becomes almost the soundtrack to their lives. I think we are very fortunate to have a following that we’ve managed to create this music for over the years.

Yes, to be able to do what you see as truth and not to be worried about commercial concerns, or without the market research really, because as soon as the semblance of self-consciousness creeps in you are going to start to do things to your music for the wrong reasons. We’ve never really allowed that or had to allow it, we’ve always just got on and faffed around and experimented and created what excites us and not really given any thought to anyone else.

You certainly carved your own path, which is exemplary and good to see. 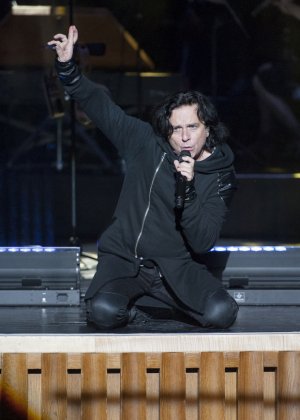 I talked to Lucy (Jordache, Marillion manager) some time ago before F.E.A.R. came out about how many album you’d sold on pre-order and it was about 13,000 copies, whereas many of the albums up for Mercury Music awards had sold far far less than that but you didn’t even get nominated.

That’s kind of the problem with the music business and how unfair the media can be. I’d better be careful here, that Mercury Music Prize is a little bit compromised by politics.

Oh Yes, I’m sure it is, but you guys don’t even get a look in and that’s what annoys me because most people think about Marillion as Kayleigh, they don’t understand there has been 40 years of Marillion and 30 years with you as the singer.

I could address that by being in the Daily Mail or Daily Express or by doing one of those crappy reality shows. It does frustrate me that Mr and Mrs Jones of Railway Cuttings probably think that Marillion began and ended with Kayleigh, but that’s their problem, not ours, we’re perfectly happy and free, and if there is anyone out there who thinks of us as a Genesis soundalike band from the mid-’80s that’s fine – don’t care, not relevant.

I have to say I really liked Sounds That Can’t Be Made, that album is fantastic, and F.E.A.R., I think that it’s a very brave album because it’s not afraid to address things rather than pussyfooting around. It’s a wake-up call, as it were, that we are going down the wrong road.

It’s my protest album. I was trying to rail against what England had become, while we were writing it I was worried about what people would think, would it be too much? I didn’t want to be accused of jumping on some protest wagon. I did worry about it a lot, I didn’t want people to take it with a roll of the eyes or a yawn, I did worry about this all the time we were putting it together. But fortunately, it has been well received.

Steve Rothery said he wasn’t sure but that you might play some of F.E.A.R., but not all of it.

No, I think we’ve just taken the songs that we think work best with the classical elements, in that sense the songs have chosen themselves. I think we’re going to do New Kings that we’ve not done for a while. It will be good to break that back out.

Out of This World.

Some friends of mine got married and used Beautiful.

Yes, it’s usually Beautiful or No One Can for the weddings, it’s fabulous that they have such a profound effect on people, when I was a kid it was the Beatles that wrote the soundtrack to my life, so I was pleased to hear that Here Comes the Sun has become the most downloaded Beatles song. Especially as it’s both a George Harrison song and not one of their fabulous singles. It’s great when you can get songs that lift people out of their everyday gloom.

It must give you a great sense of satisfaction as a songwriter.

It does give you a great sense of satisfaction when words that you’ve written are as deeply embedded as they are in your own, it’s an amazing feeling.

Steve Rothery said you’d started working on your next album but not really got too far down the line with it yet.

Yes, it’s far too early to say, there’s been a lot of interest and happy accidents that maybe only last seconds and at some point, probably halfway through next year that we’ll get a feeling for the component parts, but I really couldn’t say as it could all go so many different ways that if I told you it may not even be true.

That’s fine, I understand that, but presumably as you are the one who writes most of the lyrics, have you got some train of thought thinking going on that may eventually turn into something hopefully?

I spoke to Steve about this, the current state of the U.K. and we’re obviously due to leave the E.U. at the end of October.

It’s going to be incredibly difficult with trucks stuck at borders and all the resultant difficulties thereafter, it’s all come about because some people… we got into this because someone was driving around in a bus saying that we’d get £350 million a week for the NHS, but since then it’s cost a billion pounds a month. People were duped, no one knew what leaving actually entailed. I think people are far more aware now of what will actually happen and are more informed. I think we should have another referendum, but I don’t think they would allow it as they know that we would vote in a different manner as we understand far more now than the lies that we were told by the people at the time.

I agree with you, but again I think the media bias and the lies that we’ve had to endure for the past three years are so big that they can’t afford to give us the choice to revisit that fateful decision.

Well Steve, sadly my time is gone so I’ll say thank you for your time, it’s been a real pleasure to speak with you and I’ll see you in Birmingham in a few weeks’ time.

Yes indeed, thanks John, it’s been good to talk with you too. Have a great weekend. Toodle pip. 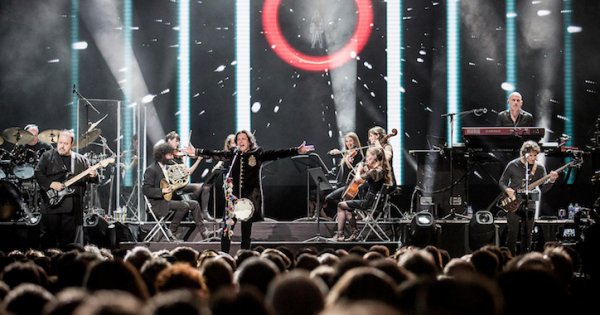