If you are reading this then Blackfield, the well-known collaborative project between Steven Wilson and Israeli artist Aviv Geffen, probably need little or no introduction. There have been four albums previously, the last two, Welcome to my DNA and IV seeing Steven take a bit of a back seat, but with V his contribution is back to being a fuller remit.

What Blackfield provide could be described as prog/pop, but certainly here there are lush melodies aplenty with somewhat reflective lyrics which can be viewed as a little sombre. But here is the trick; the music lifts the songs above that creating an uplifting atmosphere at times.

This album was recorded in a variety of studios in Tel Aviv and London, and of course in Steven’s No Man’s Land in Hemel Hempstead, the production duties split between Aviv and Steven but with Aviv taking the greater share. There is also a guest producer, the renowned Alan Parsons, who contributes his skills to three songs, also providing backing vocals on How Was Your Ride. The album was mixed by Steven Wilson and Simon Bloor, doing seven and six tracks respectively.

Opener A Drop in the Ocean starts things off gently with some atmospheric strings from the London Session Orchestra arranged by Aviv, we then get straight into the more upbeat Family Man which is more rock orientated. The string arrangements appear on a further five tracks, adding lush textures and a fuller feel to the overall atmosphere. None of the songs outstay their welcome, the longest being four and a half minutes; this is a concise and consistent effort and there appears to be room between all the instruments in the mix, allowing each to have its own voice and make its contribution felt. Life is an Ocean is a good example of this, with a beautifully placed piano throughout, and the same can be said for the piano played by Mike Garson on October combining well with the overall keyboard sounds. Alex Moshe provides backing vocals on a number of tracks, also sharing lead vocals with Steven on Lately, her voice adding another dimension to these songs.

It would be difficult to close this review without discussing the first promotional release, 44 to 48, written, produced and mixed by Wilson, which contains reflective lyrics that could maybe relate to most people at some time in their lives. A well-constructed song which has Steven’s trademarks all over it from the opening few bars, well paced and atmospheric with some good guitar phrasing. It’s just a shame that the end seems to fade to a sudden stop.

This is a very good album and appears to be a return to form; indeed it could possibly be their best effort since Blackfield and Blackfield II. This is definitely in the vein of a prog/pop/rock album; it does what it says on the tin, so to speak. It has the trademark acoustic guitar, with stabs of electric wrapped around it with piano and strings to create a certain ambience that is recognisably Blackfield. I don’t think I need to make any recommendations here; if you are a fan of Steven and Aviv’s work you most likely have this already, if not you probably intend to get it. Enough to say that I have enjoyed this album and if you not familiar with Blackfield this is a good place to start. 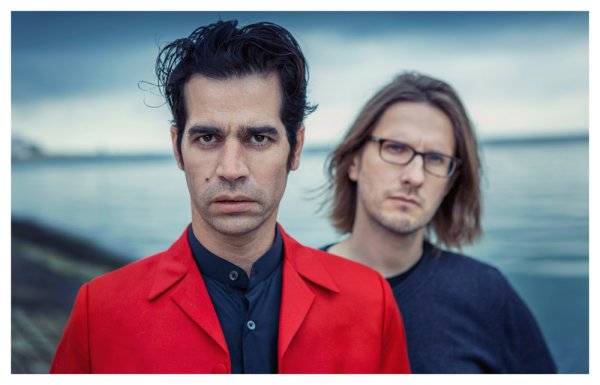