On a night when The Pineapple Thief played to an enthusiastic sold out Islington Assembly Hall at the end of triumphant European tour, it seems appropriate to note that pineapples used to be symbols of great wealth in architecture. Similarly, The Pineapple Thief have found an opulent seam of musical creativity and have greatly cultivated their skills and confidence in performance. Watching this assured band in full flow in front of a packed auditorium is an impressive sight that makes those days in much less salubrious – and less populated – venues around the Somerset town of Yeovil seem a very distant memory now. The seeds that Bruce Soord and his band mates planted over 10 years ago now seem to be finally reaching a very satisfying fruition. 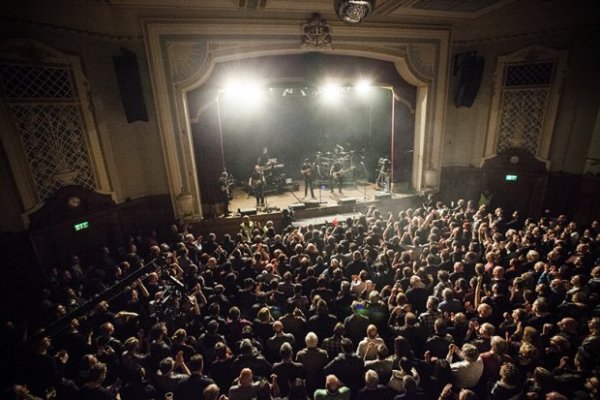 On this tour, they have been supported by the Welsh band Godsticks. Darran Charles, who now plays guitar in The Pineapple Thief live band, has a busy night as he leads this young band in a powerful support set. With a set almost exclusively drawn from their most recent album, Emergence, Godsticks draw in an appreciative crowd with a double guitar attack of Charles and Gavin Bushell, particularly on the impressive Exit Stage Right. New drummer Tom Price drives them on at a furious pace, ably supported by the solid bass of Dan Nelson, whom also plays with Magenta. Godsticks thunder along for much of their set, but there is also subtlety and deftness in their material, including new song Revere. As an entrée for the main event, it is heady and heavy stuff which much of the crowd enjoy. 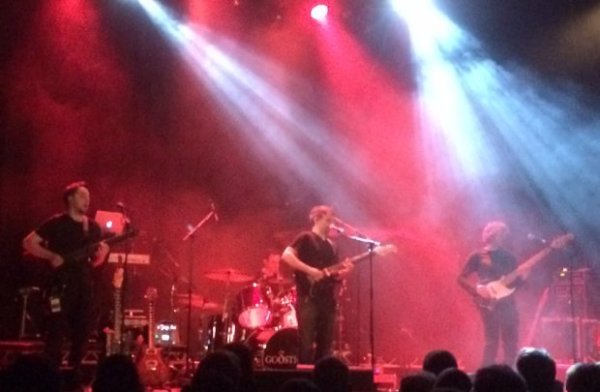 The Pineapple Thief arrive on stage and appropriately tear into Tear You Up from their new album, Your Wilderness. In a recent interview with Manchester.Rocks, Bruce Soord stated that “the line-up now is a completely different proposition and the general consensus from people is that it’s gone to a completely different level”. 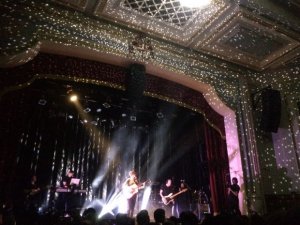 The opening number instantly reveals the accuracy of this statement as the song oscillates excitingly between the ferocious cut of Darran Charles’ guitar and the incisive power of Gavin Harrison’s drums, with Soord’s silken voice and plaintive acoustic guitar. The Pineapple Thief have always gloried in the contrasts between light and shade, the soft and the loud, the sinister and the positive, but with this band they now have the chops to fully describe those juxtapositions. Needless to say, with the addition of Gavin Harrison, from not one but two legendary progressive rock bands in Porcupine Tree and King Crimson, The Pineapple Thief have made a quantum leap in quality and reputation. Nevertheless, it is testimony to their inherent class and skill that Harrison would consider joining them, and from the evidence of tonight’s performance he is enjoying the experience. The recruitment of Godsticks’ guitarist Darran Charles to the live band, and for some of the new album, has also helped The Pineapple Thief to develop and express their musical ambitions. In the same interview Soord explains that Charles “takes the songs to different areas that I just can’t do. He allows me to focus on the song”. The impact of these new band members is perhaps best exemplified in the set of three songs taken from 2014 album Magnolia, as The One you Left to Die, Alone at Sea (with some scintillating guitar in the middle) and particularly Simple as That are transformed with increased power, crispness and impact in the live setting. 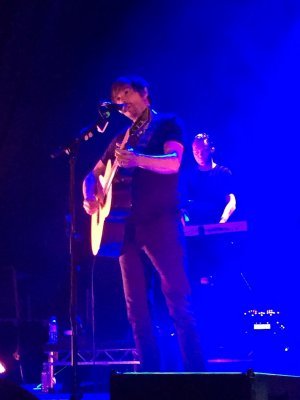 After the incendiary Alone at Sea it is probably apt that Soord soothes our fevered souls as we float away on the uplifting and almost translucent beauty of That Shore. Reaching Out, from 2012’s All the Wars, plunges the crowd into more sinister soundscaping, also transformed in the live context from the string-laden lushness of the album version into a more eerie sound effect strewn and powerful epic. In Exile and Take Your Shot are two of the highlights from the outstanding Your Wilderness and already feel like fan favourites as they continue to carry the crowd along on waves of finely crafted rock, before ‘The Thief’ return to one of their finest albums, Someone Here is Missing from 2010. Show a Little Love rolls along, twitching and pulsing with electricity, with Jon Sykes in particularly fine form. Working alongside a drummer of the skill and reputation of Harrison has inspired Sykes on to greater heights in his bass playing, and he lays down an impeccable and pulsating display all night.

No gig by The Pineapple Thief would be complete without Part Zero from their elegiac 2003 album Variations on Dream, and it is received with great acclaim as the band dramatically play their classic ‘Prog’ number. The Pineapple Thief have always focused on rather more ambitious songs with imagination and subtlety. However, even in that context it has to be acknowledged that the impressive new song The Final Thing on My Mind is an extraordinary piece, especially in a live setting. This finale perfectly frames Soord’s intelligent, sensitive and impassioned lyrics and vocals as it builds and builds hypnotically to a heroic ending for both the song and the main part of the gig.

The encore inevitably and fittingly showcases the melancholic Snowdrops from 2006’s Little Man, an album based in tragedy. Over the years it is a song that has evolved in beauty and drama with a well-judged guitar solo added to the coda. As on the original, the crowd clap along perfectly, showing the palpable connection between band and audience that grows as the night progresses. Loss never sounded so heartbreaking and captivating. 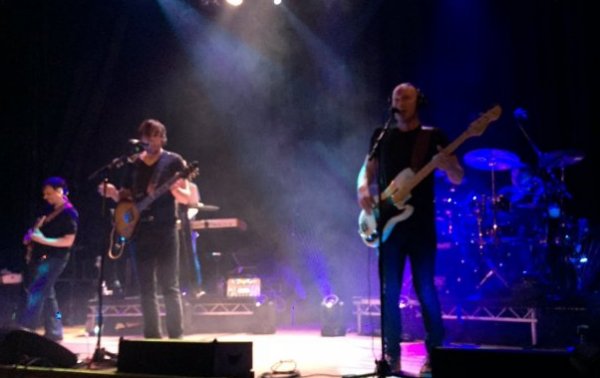 The night closes with a throbbing and coruscating version of Nothing at Best, with Steve Kitch conjuring a dazzling galaxy of sounds from his keyboards with the skill he has shown more subtly all night long. The crowd are in raptures but the band wisely leave them wanting for more. They are photographed with the crowd behind them and there is a real sense that this is a band that has moved to another level tonight, with some gig goers saying this is one of the best gigs they have ever seen.

Bruce Soord is the main songwriter and front-man and he has been remarkable at this gig, showing a delicate touch with the acoustic guitar or a cutting edge on electric. He has handled the crowd with charm, modesty and confidence, but it is his silken voice which most beguiles the audience. However, as he has said about the new album, “Your wilderness was very much a band collaboration”. It is also clear that the undoubted success of this gig is borne out of the chemistry and combination of intertwining skills and imagination of a band on truly top form. They have provided a memorable night of ethereal and transcendent beauty combined with finely executed and precise rock power. Those small venues and clubs of the South West seem a long, long way away now… 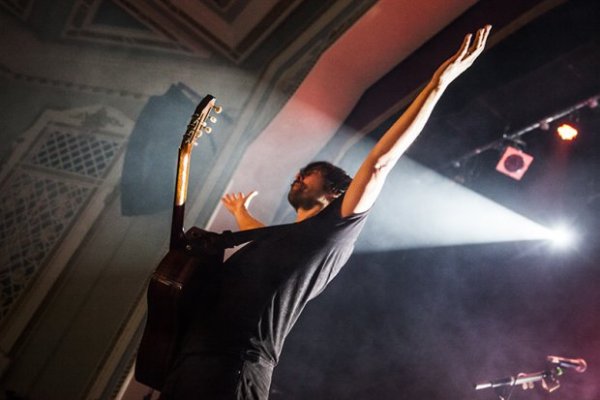 SETLIST
Tear You Up
The One You Left to Die
No Man’s Land
Alone at Sea
That Shore
Reaching Out
In Exile
Take Your Shot
Show a Little Love
Fend for Yourself
Part Zero
Simple as That
The Final Thing on my Mind
~ Encore:
Snowdrops
Nothing at Best

[Photos by Sandy Steele-Perkins of Smile For The Camera, Andy Young and Leo Trimming, all used with permission and with TPA’s thanks.]