If I may, I’d like to propose a toast to the Gods of Serendipity.

Now I don’t often pay homage to deities of indeterminate origin – or any others for that matter – but in this case I’ll make an exception as the recent goings on within The Pineapple Thief camp must be the result of intervention by some higher being.

And it would be easy to suggest that this ‘higher being’ is called Gavin Harrison, but that would be unfair to the legacy from which Bruce Soord and his band are now reaping richly deserved rewards.

But I’m getting ahead of myself, first up Godsticks. For the second time in a row I missed the start of their support set, the last time being a couple of years ago at this very venue with The Aristocrats. This tardiness – brought on by the vagaries of travel rather than any disrespect to support bands – is a great shame as I have followed Godsticks closely since the release of their first EP waaaaay back in 2008 (where does the time go?!). 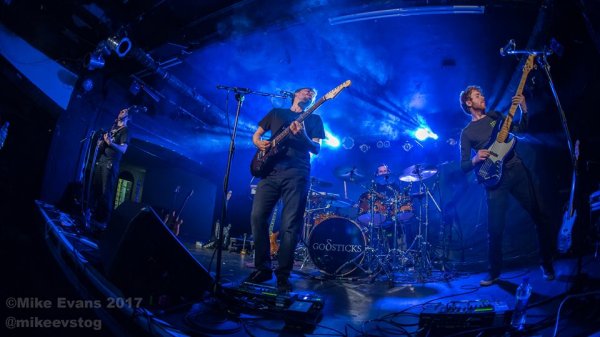 During this near decade long journey the band have developed and changed their sound considerably, from a quirky jazziness to the harder edge of 2015’s Emergence and onward into the hugely mature Faced With Rage, due out next month on Kscope. During this time Darran Charles and his men have not only experimented with the music but also how to deliver it in a live setting, from the early shows where the band – and Darran in particular – came across as very nervous, through trying to integrate live keyboards and on to the current hard-edged two guitar line-up. Today the band have bags of confidence and a menacing intensity to their sound, well-drilled by this tour, the result being a storming performance of dexterity and power, all hung on Darran’s canny ear for a melodic hook. The band are on top form, the rhythm section of Tom Price and Dan Nelson have developed into a very impressive unit with Dan cultivating his stage persona, a million miles away from the 17 year old youth who originally joined the band. Gavin Bushell is the perfect companion for Darran and their techniques mesh well whilst adding variety to the performance. To cap it all Darran’s singing was majestic tonight, and overall the package appears complete. The sound levels were set a little on the loud side but the detail was still present so not a major quibble, and with the set split equally between Emergence and the unreleased songs from the new album to underline the band as they are now, it was a great performance and well received by a receptive audience.

A quick turnaround and The Pineapple Thief emerge, expectations high based on the praise forthcoming for the previous tour with Gavin Harrison and Darran Charles, including the London show in February which is set for release as the Where We Stood Blu-ray package at the end of the month.

The Pineapple Thief have never fully clicked with me; I’ve heard a number of the albums and saw them once, in a sports hall in Chippenham back in 2004, but I was never really engaged.

This has now changed.

Last year’s Your Wilderness was a great release and Where We Stood underlines what this band have now become, but catching the majesty of a full live performance is where it all falls into place. Quite rightly, the whole of Your Wilderness is played, Gavin and Darran fully integrated into these songs, and they are fabulous. Bruce has always written songs of real quality, but now he has the vehicle to properly deliver them, and you get the feeling that the rest of the band have stepped up in the process, growing in confidence with every turn. 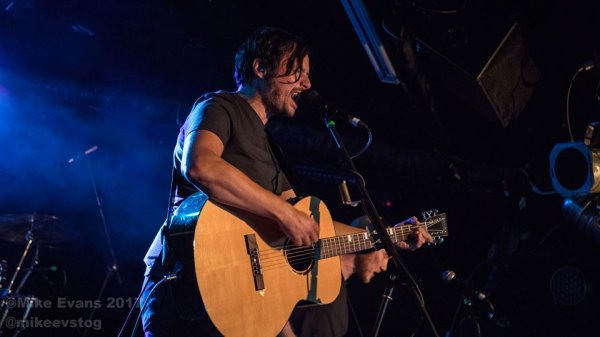 Darran Charles puts in a fine second shift of the evening with some exquisite soloing, his virtuosity augmenting Bruce’s playing to expand the sound and give it additional depth. Darran has proved his versatility over the years and is a player of real note. Here he is a vital component, both in the performance and as a comedy foil for Bruce, his pithy comments adding to the good humour of the evening (I particularly liked the wicked goading of Bruce to actually remember the name of the forthcoming Godsticks album after Soord told the audience how good it was!).

The laugh out loud banter adds to the show, but it’s the man at the back who sprinkles the magic dust over the music. Gavin Harrison is rightly lauded as one of the finest drummers of his generation and you can’t help but marvel at his skills. As the perfect choice to lead the three drummer front line of the current incarnation of King Crimson, his profile has been raised to a higher level and to a far wider audience, but here he is playing to a pleasingly rather full Bierkeller. I had to pinch myself that the last time I saw him was in the regal surroundings of Birmingham’s Symphony Hall with King Crimson, pounding seven bells out of his kit in one of the most dexterous displays of precision I’ve ever witnessed. 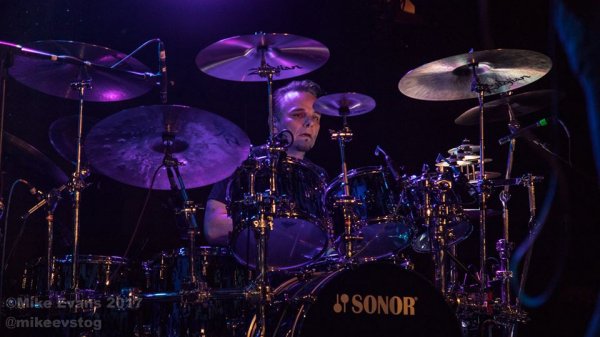 And his playing tonight is nothing short of exquisite. For example, No Man’s Land is just fantastic; little fills, tinkling percussion at all the right moments, slide rule kick drums and power as and when required. Absolutely astonishing, and if the rest of the band just stopped playing it would still be a wonderfully melodic experience. He’s the master of the perfectly weighted augmentation, in no way showy whilst defining everything by his playing. Some of the fills were just so outrageous that I laughed out loud, and with the wonderful sound quality every tiny movement and addition could be heard. However, the finest quality in Gavin’s playing is the sensitivity and understanding of the source material; he did not take over but added exactly what was required to raise Bruce’s songs to the place they deserve to be. 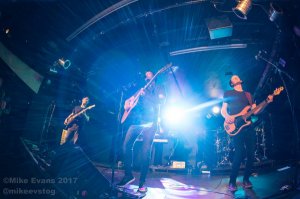 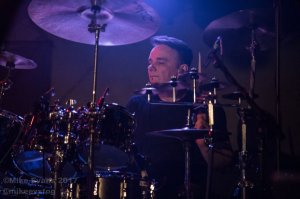 The Pineapple Thief have never sounded as good and Bruce is clearly rightly proud of what they have achieved, a vindication of what he has been doing all these years as they play to more people with a fantastic line-up and the technical support to deliver a beautifully judged show. The quality of the songs speak for themselves, the setlist consistent with the previous tour with Shoot First, 3,000 Days and Where We Stood added, Reaching Out and Simple As That dropped with Fend for Yourself pushed forward in the running order.

The encores were a celebration with an audience completely on side, the result being a fantastic evening, completely enthralling from start to finish. Should this line-up get to tour again – and hopefully they will – then attendance is a complete no-brainer. Just get a ticket and marvel at it all.

Setlist
Tear You Up
The One You Left to Die
No Man’s Land
Shoot First
Alone at Sea
That Shore
3000 Days
Fend for Yourself
In Exile
Take Your Shot
Show a Little Love
Where We Stood
Part Zero
The Final Thing on My Mind
~ Encore:
Snowdrops
Nothing at Best

All photos by Mike Evans and used with his kind permission.