Hello again, welcome to the third edition of our occasional series A Different Aspect, affectionately otherwise known as ADAs. This is the place where we attempt to reel in the ones that got away, and here’s a few more that we caught despite their vain attempts to wriggle free. Enjoy!

The captivating vocalist and songwriter who plays a big part in what will no doubt be an Album of the Year contender for me, namely Say So by Bent Knee, is one Courtney Swain, and I discovered she has a couple of solo albums to her name. Monstre is the second and was released in May 2015, and presents Courtney’s songs in stripped back form with minimal accompaniment, and intriguing constructs they are too. Lyrically Monstre is perhaps unsurprisingly far more personal than her writing for Bent Knee, revealing stark emotion for all to see. With Monstre Courtney proves that she is a talent to keep an eye on, as if we didn’t know already. 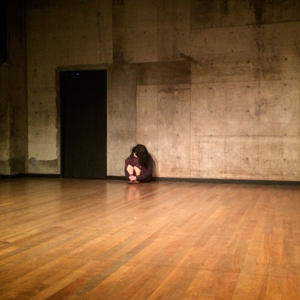 Dutch progressive power trio S.O.T.E. (Songs Of The Exile) returned in October 2015 with their fifth full length album, their most ambitious project to date – a rock opera, complete with cast, orchestra and choir.

I’d come across this band a few times over the years, but managed a more in depth listening with their previous album, Reasons (2008), which has the dark, theatrical bent of this latest release, but in a stripped down format.

Chosen works much better than its predecessor, mainly down to the additional characters, instrumentation and lavish arrangements. The orchestra and choir, as far as I can tell, are a product of modern technology and have been assembled rather than as a single performance. Not a criticism, merely an observation and a credit to the writing and mixing that it comes across convincingly.

As with previous recordings the influence of Rush is ever-present, however fellow countryman Arjen Luccassen (Ayreon) and nods to Queensrÿche’s more theatrical output can also be found.

Chosen seems to have slipped somewhat under the radar, so if you have a liking for prog operas – this could well be worth a punt. 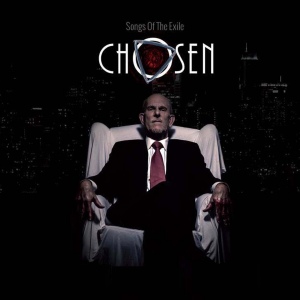 As with previous releases, Bossert’s attention and detail to recording values is exemplary. The sound is crisp, vibrant and clear with the instruments given excellent space to breathe and be heard. In turn, this serves to accentuate even further the consistent quality of the perceptive and compelling song writing which is embodied in music driven by character, spirit and passion.

There is little doubt the music is based in and has been honed by the passage of deeply felt personal experiences, both happy as well as traumatic. Combined with empathy, flair and no small degree of imagination, Bossert channels these into songs which are unexpected, emotional and at times poignant. In particular, Stolen Child deals with Parental Alienation Syndrome and tells the moving story of his on-going separation and alienation from his son after the break-up of his marriage.

Great Escapes is a fine evolution of the Eureka project with strong rhythms, soaring melodies and powerful lyrics. 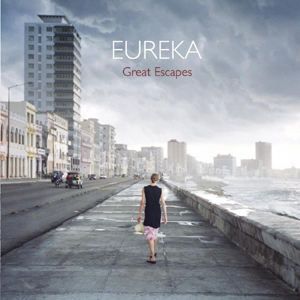 Mike Kershaw – What Lies Beneath
by Roger Trenwith

Yorkshire songwriter Mike Kershaw, now up to his fourth album, pens a collection of thoughtful and melodic songs that somehow suit these sad and fractious times we find ourselves living in. Mike plays keyboards, and is aided and abetted by many musical friends who flesh out his compositions with suitably introspective elan. Listening to Mike’s mournful voice on The City Revealed, combined with the lush but never bombastic music, brings poetic thoughts to mind…this is like watching a dolphin swimming and leaping through a pool of tears.

If there is one fault it is Mike’s voice, which suffers when under the spotlight as it is not the strongest. I suppose a lack of live exposure denies his tonsils the chance to develop real power and confidence. To be fair, I’ve heard far worse singers, some in relatively well known bands.

That aside, this is an enjoyable album that sometimes puts me in mind of later period Al Stewart, the storytelling and atmospheric introspection chiming with the current malaise in the air. 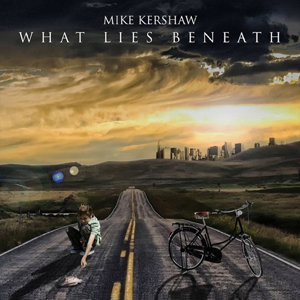 Released late last year and presumably, if you live outside Ottawa, Sills & Smith’s fifth studio album will more than likely have passed you by, as it would me had it not been for a simple tweet that brought it to my attention. “Why not?” I thought and promptly clicked their Bandcamp link, deciding to let Echoes in Time form the backdrop to an afternoon on the computer. Although the music has an ear-friendly, somewhat laid back and catchy nature, it soon demanded more of my attention.

This is an accomplished album and the first couple of tracks immediately caught the ear with a sound that encompassed a healthy dose of indie folk rock, along with blues, a smattering of Floydian prog and a few other influences for good measure.

Standout track, for me, is the album opener. 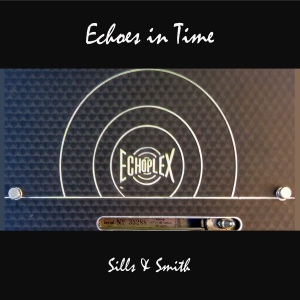 Dwiki Dharmawan – So Far So Close
by Rob Fisher

Listening to So Far So Close frequently brings to mind some of the solo work of Peter Bardens; a relaxed, smooth and flowing style masking sublime technical virtuosity and an absorbing creative focus which creates passionate and deeply soulful music.

Dharmawan effortlessly blends jazz, fusion and pulsating energetic rock with local and ethnic influences to forge highly inventive and embracing progressive vistas. The album delivers a rich and captivating atmosphere built on musical adventurousness and a burning desire to let the music flow where it will, marking casual moments, sounds and episodes whilst also evolving and pushing forward with spirit, intensity and devoted involvement. 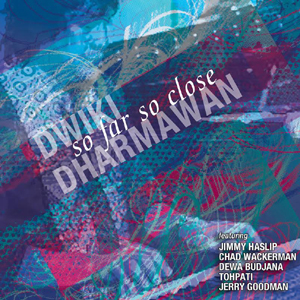