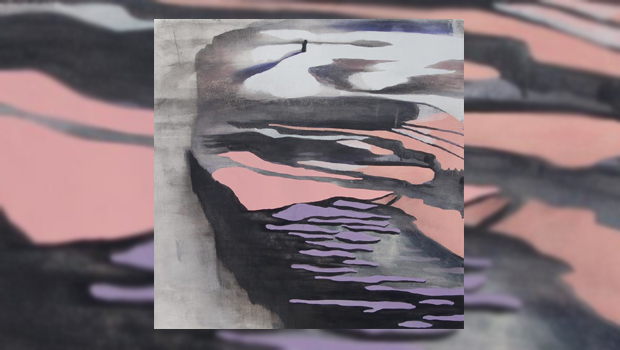 Three years after 2012’s Quickly, Quickly, Quickly, a rather lopsided release dominated by a somewhat disjointed sprawling epic, and an album that seemed to let its sheer ambition get the better of it, these New Jersey nu-proggers by the name of The Tea Club return with their fourth album and yet another new line up behind band creators, the brothers Dan and Patrick McGowan. Grappling sees the fraternal duo refocus their energies, and is a far more cogent statement than QQQ.

Imagine a mash-up twixt atavistic modern prog and The Mars Volta sans wilful extremities, and you will be partly on the way to the cosmic intersection where The Tea Club frug with manic pixies on perception-shifting drugz. The opening track, and I am loathe to say this given my distaste for prog bands fixated with this particular group, The Magnet is more than a touch Yes-like. Thankfully it redeems itself with the power of its melodic arrangement, something now sadly little more than a dim receding memory where Yes themselves are concerned. That and The Magnet’s rollicking gleeful energy see it bringing home the bacon, as it were.

New keyboard player Joe Dorsey is somewhat fond of a certain ’70s synth sound annoyingly prevalent to the nth degree in our cultural backwater, and it is stage-front on Remember Where You Were. The climax to the tune also cheekily nicks Tony Banks’ swelling organ ending to Watcher Of The Skies. Yikes! Overload of schoolboy sexual metaphor there, I must go sit on the naughty step…and it sounds like a Genesis/Yes hybrid! Double yikes!

Dr. Abraham is much more like it, and wends its way down a convoluted twisting forest track, full of surprises, with the musical equivalent of trolls occasionally landing unexpectedly in your path, blowing raspberries and gurning. Underneath this labyrinthine excursion is always the McGowans’ sense of melody, and their twin vocals are sublime, an angelic choral meeting between a less strained Cedric Bixler-Zavala and Jeff Buckley. The vocals are much more to the fore on the pastoral meanderings of the quite lovely The Fox In A Hole which fittingly enough scampers along without too much of a care and with a spring in its step. It’s not often a modern prog band make me think of Gryphon, but the ending to this song simply illustrates the wide breadth of influence these boys are drawing from. Ultimately there is nothing wrong with retro-prog if the band in question is not merely a musical museum curator, and is capable of adding something fresh to what so often is a reheated lacklustre and flavourless broth, akin to a cup of tea brewed from a much reused teabag. The Tea Club pass this test with flying colours, and their cuppa, while familiar, is pepped up with an identifiable taste all its own. “I wanna be away from here, away from the old guard”* sings a brother McGowan on Dr. Abraham, and most of this record tries manfully to accomplish just that.

More bucolic winsomeness pervades Wasp In A Wig, and by now the album has won me over, despite the plentiful and overt references to the classic era. One can easily get lost in the undergrowth with this band, but thankfully, they have taken on the “less is more” lesson, as none of these tracks top ten minutes, and so one’s attention does not wander.

Closing track The White Book is a spooky and fantastical tale with a great vocal introduction from one of the brothers that puts me in mind of a less thespian Joe Payne. Again we seem to be dancing with a distinctly ’70s prog vibe, possibly moonlit. However if you can suspend your disbelief, it is enjoyable in its own right. The song rises and falls on a swelling sea as it ventures far from the shore. Tossed on the waves of those marvellous dual vocals it sounds, and I use this phrase advisedly, life affirming, but in a totally non-macho fashion again recalling Yes in their pomp, if not so much musically this time, but definitely in spirit.

With their latest line up, The Tea Club have hit on a mature and consistent sound that results in Grappling hanging together certainly far better than its predecessor. My only gripe is that they seem to have fallen for the retro-prog sound maybe a tad too much, but that of course is merely my personal preference dictating events. This album is worth the price of admission for the fabulously tumultuous Dr. Abraham alone, and from that track on is something of a roaring success. This is a “prog” album, no question, and fans of this strange self-fulfilling prophecy of a genre will love it. Whether or not Grappling is progressive in the true sense of the word is moot, but when the fat lady has stopped warbling, it’s simply rather good music, methinks.

*Hopefully… I don’t have a lyric sheet, but it’s what my battered shell-likes are telling me! 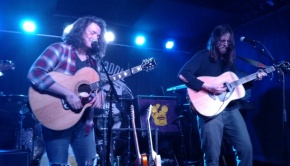