Camel have been a much cherished band for me since I first heard the title track from Stationary Traveller in around 1984. I finally managed to get to see them live in 1997 and subsequently in 2000 and on the (so-called) Farewell Tour in 2003, all of them very emotional experiences with the music of Camel always hitting the right notes. All of these paled, however, when compared to the unexpected re-emergence of the band in 2013 for the ‘Retirement Sucks!’ tour and a triumphant show at The Barbican in London, filmed for the In From The Cold DVD. The intervening 10 years had seen leader, guitarist extraordinaire and sole remaining original member Andrew Latimer go through and recover from a very serious illness and that show was nothing short of a celebration of Latimer’s successful battle and his ongoing musical contributions. The man is one of my favourite guitarists and it is always a complete honour to see him play.

After the initial run of dates in 2013 Camel carried on with a second leg in 2014 where they continued to play the new re-worked version of their classic The Snow Goose album and when the 2015 tour was announced with a show in Bath tickets were duly snapped up. But what would the setlist contain this time? 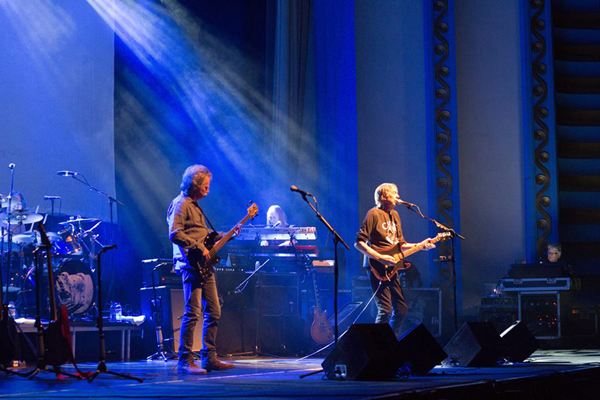 With a good crowd assembled at the lovely old pre-war theatre that is The Forum and the time approaching 8 o’clock, we found our seats in the centre of Row F with a perfect view of the stage. The Forum is a great venue for this kind of show, not too deep and with a balcony so everyone should be able to get a good view. As for the 2013 shows the stage was arranged with the keyboard rig of Ton Scherpenzeel (who has played with the band intermittently since 1984) at stage left and keyboardist/guitarist/vocalist Jason Hart stage right with drummer Denis Clement centre back, bassist Colin Bass and Andy Latimer in front of him.

Ton’s predecessor as Camel’s keyboardist from 2000 to 2014, Guy LeBlanc, tragically passed away aged 54 earlier this year and with another Camel veteran, singer Chris Rainbow from the ’80s incarnation of the band, also passing recently the emotional expectation was again high for this show. 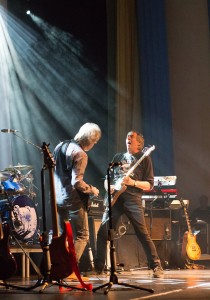 So with anticipation mounting the lights dimmed for the emergence of the band to tumultuous applause, particularly for the lanky frame of Latimer who emerged last. While The Barbican show had been a thanksgiving for Latimer’s ongoing presence, this tour is becoming a celebration of the music of Camel itself, Latimer going from strength to strength, looking fit and well and delighting in giving his audience exactly what they want, over two hours of classic Camel from all eras of their existence.

Having done The Snow Goose consistently since their return that album was completely absent tonight (although they had played a couple of pieces from it as a second encore at the opening show in St. Albans the night before), the only other albums from their lengthy career that were passed over being The Single Factor, Harbour of Tears and A Nod and a Wink, the latter two having featured in last year’s set.

What was included was a veritable best of Camel, all played supremely and opening with an incendiary Never Let Go from the debut album released all those years ago yet sounding fresh as a daisy and packed with energy as the band hammered through it. This was going to be a great night…

The backdrop acted as a screen for images and mesmerizing patterns that worked with the simple yet effective lighting to open out the show and immerse the audience. Coupled with a very good sound, both in levels and quality, this was an exhilarating evening of top quality music from one of my favourite bands.

A haunting Lost and Found from Rajaz, guitar trading licks with Ton’s keys, was followed by an unexpected The White Rider from Mirage. This was clearly going to be an evening of contrasts that ranged through the full gamut of Camel material, Latimer’s superb playing at the heart of it all.

Moonmadness featured heavily in the set, the first offering seeing Andy bring out his flute for a lovely Song Within a Song, the voices of Latimer and Bass working well together and the band playing up a storm for the finale. Next up, a high energy Unevensong from Rain Dances, Colin underlining what a good bassist he is, his precision drawing every nuance out of the music. His contribution to Camel since his first appearance in the band in 1979 is immeasurable and he and Latimer make a fine front paring, the bond they share clear. Colin then got to sing the delicate Spirit of the Water, before which Latimer gave a name check to founding keyboardist Peter Bardens who died in 2002. Ton’s piano contribution, together with recorder from Latimer and Clement, exemplary. 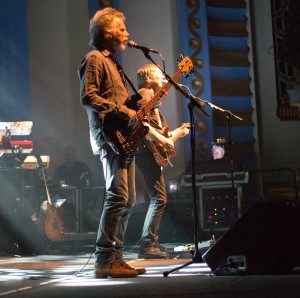 The four in a row from Moonmadness continued with the flute coming out again for a superb Air Born followed by the rampaging Lunar Sea, the guitar as wonderful as you’d expect, before a thumping Another Night. Camel’s music often edges to the softer side but this is a band that can certainly rock out when required and with Denis Clement they have the drive and firepower to kick it out with the best of them.

Next 1981’s Nude album gets a look in for a lyrical and heart rending Drafted before the real show stopper for me, Latimer pulling out all the stops for a stunning version of Ice, the quintessential Camel instrumental. Reaching for his trademark Goldtop Gibson Les Paul for the only time tonight, Latimer rung every ounce of emotion out of his instrument, each and every note telling a story. The gurn-ometer was off the scale here in a superb display of what a guitar can do; lyrical, plaintive, sad, angry, searing, comforting, bereft, uplifting. This was a masterful performance of a wonderful piece of music and rightly got one of the loudest standing ovations of the many during the evening, Latimer looking suitably drained at the end. Whenever he plays his tone and control is amazing but this is the piece that, for me at least, brings out his best work. Nobody plays quite like Andy Latimer and, as ever, it was a complete joy to experience it again. 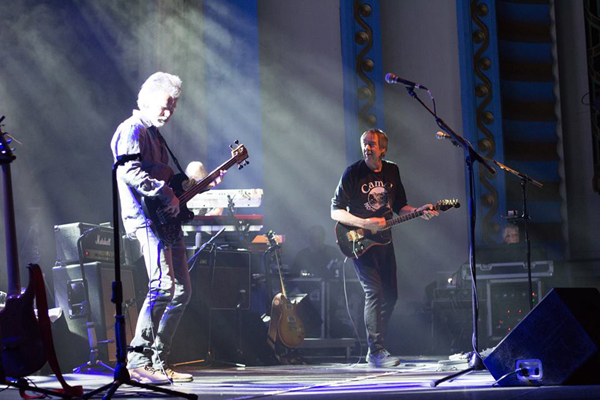 How to follow that? Well the classics keep coming with a bouncy Echoes from the Breathless album before the main set ends with a trio from Camel’s 1991 comeback Dust and Dreams which oozes emotion and dustbowl bluesiness through Mother Road and a poundingly aggressive Hopeless Anger, with more corruscating guitar, into the epic finale of emerging hope in Whispers in the Rain.

At the end the band came forward to absorb the storm of applause. This band is truly special to an awful lot of people. It could be seen as a slight disappointment that most of the audience were of the older persuasion with few younger people enticed along but that isn’t surprising and they certainly missed out on a superb performance.

Returning for an enthusiastically received encore, Andy introduced the band and then we’re off into another hugely well received track, the classic Lady Fantasy from Mirage, an extended piece that smacks of early ’70s prog more than just about anything else in their catalogue and guaranteed to go down well.

Finally, the expected tribute to Chris Rainbow and Guy LeBlanc, accompanied by images of them both on the screen behind the band, was a lovely rendition of Long Goodbyes which brought a tear to many an eye and was a fitting way to end a wonderful evening. 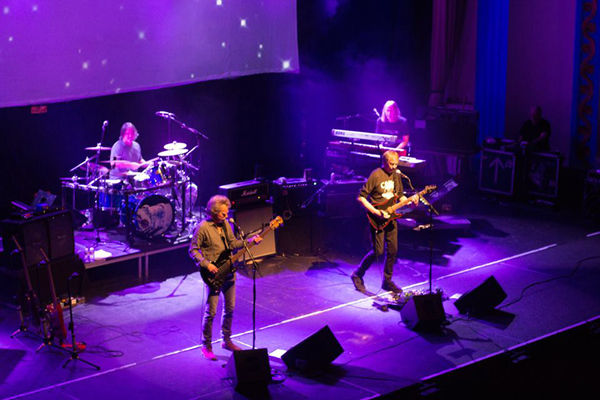 Well worth the long trip to Bath, this show underlines the greatness of Camel and how well regarded the players are, in particular – of course – Andy Latimer who has kept this ship of the desert sailing all these years and can now celebrate the fact fittingly and in rude health with a superb band. The comradeship is apparent and the skill in which they deliver these beautiful pieces beyond reproach. If you are able to catch one of the current shows through Europe, which includes Night of the Prog at Loreley in Germany and the Ramblin’ Man Fair in England, don’t miss out.