Drummer Gavin Harrison, best known for his work with Porcupine Tree and currently one of the three drummers in King Crimson, has played on recordings too numerous to mention over more than 30 years. On the eve of the release of a new solo album, Cheating The Polygraph, TPA had the opportunity to speak to Gavin about this new project which sees a selection of Porcupine Tree numbers reimagined in a big band Jazz style. The results are mightily impressive as you can read about HERE in Roger Trenwith’s review.

[All images below courtesy of Lasse Hoile]

Hi Gavin, thanks for taking the time to speak to The Progressive Aspect about your new album, Cheating The Polygraph.

Why were these particular Porcupine Tree tracks chosen to get the Jazz treatment?

First I made a list of some of the songs that I thought would have a good chance to be re-arranged and re-imagined from a rhythmic perspective. Then I played those tunes to my arranger Laurence Cottle to see what his reaction would be. Some of the songs didn’t have a lot of melody and chord changes to them and so that would make it harder to re-arrange.

How have you found the time to make Cheating The Polygraph, what with your King Crimson and other commitments?

The whole project has taken about 5 years to complete – but it wasn’t 5 years continuous work of course so I found the time to work on the tunes as they came along over that time period. Meantime I was pretty busy with my band with 05Ric and the albums and tours that we did since 2010. King Crimson was also a very big project and that took up a few months of 2014.

Have the other members of Porcupine Tree heard these versions and, if so, what did they think of what you’d done with the arrangements?

As the new arrangements were ready – if one of the PT guys were over at my place – I would play them the latest stuff I’d been working on and they were pretty amazed. They didn’t always recognise the tunes straight away because these are not ‘cover’ arrangements – they are completely re-imagined in wild and wonderful ways.

They certainly are! Where did you meet Laurence Cottle and what influence did he have on this project?

I met Laurence on a gig in the late 80’s as he is very well known and respected bass player. He had a massive influence on the project. I just gave him guidelines about how I’d like it to go (and what to avoid) but I wanted to give him as much freedom as possible as to not inhibit his creativity in the arranging. In many ways we think alike and have similar tastes in music so that’s why he was the obvious choice. I’ve witnessed how brilliant he can be and so it was a great pleasure for me to see him work on this project. 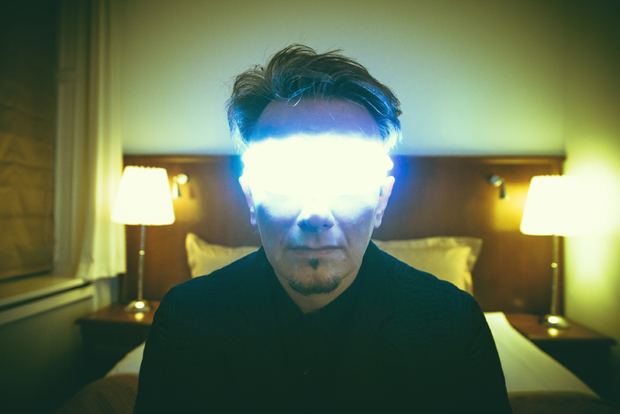 Re-arranging the music for big band, is it difficult to retain the essence of a song but reshape it for instruments quite different to the original concept?

Not when you have someone as good as Laurence. He can pretty much take it in any direction you want.

Did you start with the drum tracks or the arrangements?

I started with drum tracks. Just rough ideas at first. I would sing along with my drum tracks to see how the bass lines and melodies could fit into their structure. Once I had a plan I would get together with Laurence and try to explain where all the parts of the song would go. He would work with the demo drum tracks until the arrangement was taking on more of a shape. Then I would work on it again and produce another more refined demo drum track and maybe have some other suggestions about the shape of it. It would go back and forth like this a few times and would take about 3 months. We needed to be really sure of the finished arrangement before getting the brass players in to record.

I understand that you recorded all the musicians for Cheating The Polygraph individually. It must have been a difficult process to keep track of, what was the reason for this?

It was really the only viable option. These are immensely hard arrangements – and if I’d have recorded everyone together it would have been much harder. There’s something interesting about doing one instrument at a time. You can really focus on every little detail and get it right. Maybe you wouldn’t be able to work on those small details if 18 people were all playing at the same time. It would be more about just getting through it without making a mistake.

Where did you find the musicians who played on Cheating The Polygraph?

Most of them came through Laurence but I knew most of them anyway. They’re pretty well known on the London session circuit. I managed to get my old friend Larry Williams (who lives in L.A.) to play a flute solo on the opening track. I was very happy about that – he’s such an amazing player. 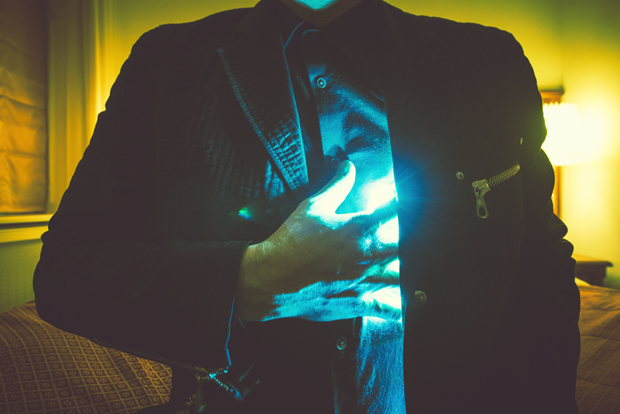 It would no doubt be a logistical nightmare but can you envisage playing any Cheating The Polygraph live shows with a big band?

That would be great, I hope you can organise it. Do you read music and if so, how important has it been in working with other musicians?

Yes I do and it’s pretty crucial when communicating with musicians of this calibre. You need to be able to express your ideas accurately to the players and have a clear understanding of how it all fits together. You can’t really say “You know the bit in the middle where you play a note followed by another couple of notes and then you go high and then low – well can you play a slightly louder note just after that gap where’s there’s a bang followed by a ting on the drums”?

Given your obvious love of jazz, and presumably jazz fusion, who are the drummers you particularly admire in those genres?

When I was growing up I really liked listening to Steve Gadd, Jeff Porcaro, Harvey Mason, Simon Phillips, John Guerin, Billy Cobham, and many many more. In fact I still enjoy listening to them now.

Thank you Gavin, good luck with Cheating The Polygraph, it’s a great album. I look forward to seeing you later in the year with King Crimson.