Moody Blues’ legend Justin Hayward is back on the road, in September, for an 8-date UK tour All The Way, a celebration of his 50-plus years as one of most-influential musicians of our time.

“I’m always so thrilled to have the opportunity to tour in the UK,” Justin said, “particularly at this time in in my career when no one knows what the future holds. I’m bringing my ‘song writing’ guitars from home on the road with me, so the gigs will have the feel and sound of my music room along with the vibe I was feeling as I wrote the songs. I look forward to singing and playing new songs and old songs, particularly Forever Autumn, which I only get to perform in my solo show, and also to tell the real stories behind all the songs and the events that surrounded them at the time.”

By late 1967, one of the most influential albums of all time was beginning to make an impact on the contemporary music world and, no, I’m not talking about Sgt Pepper.

Days Of Future Passed was radically different, bringing together classical music and rock and roll, and paving the way for rock groups to create music for albums without the pressure to make an impact on the singles chart. Progressive music had been born.

“The album was supposed to demonstrate that stereo could be as interesting for rock and roll as it was for classical music,”  Justin explained. “The record company, Decca, had a consumer division and they were trying to sell their stereo units. We made this demonstration record which, suddenly, started gaining popularity so they changed the price of the album from a budget priced album, re-did the sleeve, and it slowly took off. I can’t say that we should take credit for it, it was Decca’s idea.”

Days Of Future Passed was the first release for the Moody’s since the arrival of Justin Hayward, a young musician from Swindon. At that time the group was known only for their number one hit single Go Now! released three years earlier. Whilst other British groups were cashing in on a golden age of popular music, the Moody’s star had been on the wane. 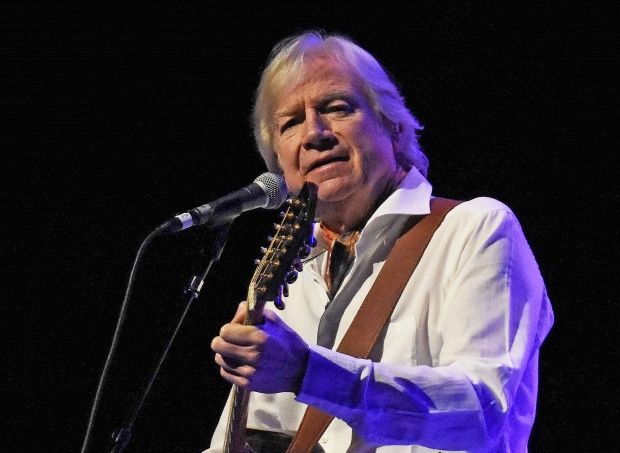 “We had no power or influence or reputation,” Justin continued, “but Decca needed a group to make this demonstration stereo album and had heard some of our material. It was their idea to put us together with a symphony orchestra who would play the links between our songs.”

Decca brought together the Moody Blues, the London Festival Orchestra, conductor Peter Knight and producer Tony Clarke. The album would take the listener on a journey through the day, a fairly simple concept but over the coming years the Moody’s would develop the concept album into an art form.

“Mike Pinder had written a lovely song called Dawn Is A Feeling. I wanted to write a counter-point to that, so I came home from a gig one night, sat on the bed and wrote a couple of verses. I rehearsed it the next day. Mike did the arrangement for it and it was actually picked up first in France.”

Nights In White Satin would become one of the first rock anthem ballads, so beloved by FM radio particularly in America. With its moody and atmospheric production, Nights was the perfect vehicle for Justin’s warm, melodic vocals that would become his trademark.

“At that time I was at the end of one big love affair and the beginning of another. That is quite important when you’re 19 or 20, as I was. It was picked up first in France and there were a few cover versions and it slowly gained momentum. It took four of five years before it got to the top of the charts.

“Once Days of Future Past had started to gain traction, particularly in America where FM radio were crying out for things recorded in beautiful stereo, the management of Decca came to us and said we have recording studios with lousy royalty, but you can have all the studio time you want.

“We took advantage of that. We had no A&R guy standing over us asking us to make hits, we just made albums, and we were very lucky. All of those classic, first seven albums were made in those Decca studios with great engineers in perfect stereo.”

Justin Hayward was born in Swindon in 1946 and he, and brother Richard, were captivated by the rock and roll boom of the mid-fifties. “My brother and I were very much into music, he liked Elvis and Bobby Darin, I liked the Everly’s and Buddy Holly. We would hear them on the radio, now and again, and we had their photographs but we couldn’t afford the records. We would go to friends’ houses and listen to the records. By the time I was 8 I was really hooked on music. In the late 50s/early 60s there was a very vibrant live music scene in Swindon and I was lucky to be part of that.” 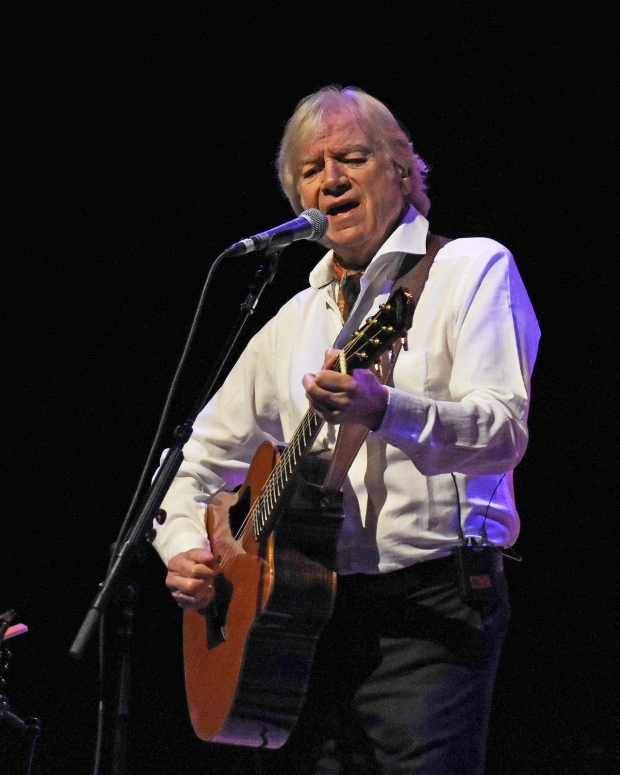 Having learned to play guitar, young Justin formed a succession of groups, with his peers at Commonweal Grammar School in Swindon and whilst working at Bradley’s in the town, before getting a job as guitarist with one of the British rock and roll pioneers, Marty Wilde.

“Then I wrote to Eric Burden (of The Animals) and sent him some songs that I’d written, and some demos, and heard absolutely nothing from Eric. Unbeknown to me, Eric had passed them to Mike Pinder of The Moody Blues and it was Mike that I heard from. He called me and suggested that we meet, which we did. We got on really well and a couple of weeks later I met the other guys from the band, Graeme Edge and Ray Thomas, and I was in!”

Days Of Future Passed would go on to sell over 5 million copies worldwide and the Moody Blues: Graeme Edge, Mike Pinder, Ray Thomas, John Lodge and Justin, would use that time in the Decca studios to create a succession of concept albums over the next five years. Their impact on the singles chart was limited, a couple of minor hits and Question, kept of the top of the charts only by England’s 1970 World Cup anthem Back Home, but they would sell albums by the truck load.

On The Threshold Of A Dream, A Question Of Balance and Every Good Boy Deserves Favour all topped the album chart and so many other rock bands on both sides of the Atlantic followed in the Moody’s footprints. Whilst the singles market was dominated by throwaway manufactured pop, album sales soared and the Moody’s led the way. They were the first band to launch their own label, Threshold Records, taking even more control of their output and their finances.

After such an intense period, the band took time out in the mid seventies to explore various solo projects, the most successful being Justin’s Blue Jays collaboration with fellow Moody John Lodge, and the single Blue Guitar. Then came an unexpected phone call.

“What a lucky day, what a lucky phone call! This American guy called and asked if it was me that sang Nights In White Satin? He had a song I may be interested in and sent round a demo. I thought long and hard because I didn’t do other people’s songs. Then a lad working for me heard it and said I should do it.

“I went to the studio, met Jeff Wayne, and recorded Forever Autumn. I never heard anymore for over a year, then I got a call to say it had just entered the charts! I was so glad that I did it, it was such a privilege to have had the hit with that song. Julie, Mike and I can go all over the world and people know that song.”

Julie Ragins (keyboards and backing vocals) and Mike Dawes (guitar) have been playing with Justin for several years now on his solo tours away from the Moody’s. “I work with two wonderful musicians, Mike is a brilliant young guitar player, worth the price of admission all on his own! I go out and watch him every night because I’ve never seen anyone play guitar like him. And Julie, a keyboard virtuoso, a multi-instrumentalist, really and a brilliant vocalist and recording artist in her own right. It’s a joy for me, a lovely show.”

Growing up in Swindon, Justin and his brother would look out at the sunset across the Wessex Downs and think about their rock and roll heroes. This became the inspiration for Spirit Of The Western Skies, the title track of Justin’s critically acclaimed solo album from 2013, his first studio album for 16 years. 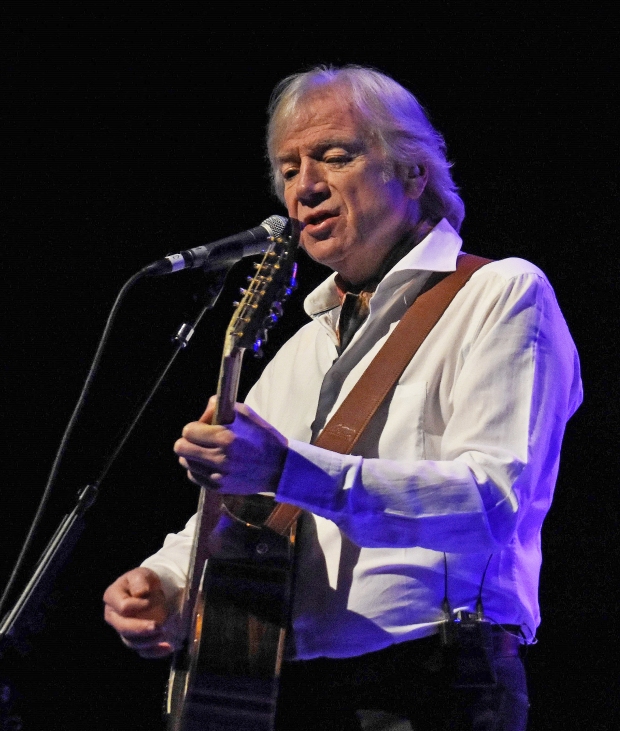 More recently Justin has released a compilation album of his work – as a solo artist and with the Moody’s. All The Way includes new versions of Gypsy and The Story In Your Eyes together with the title tack for the movie The Wind Of Heaven.

Back in the Moody Blues, Justin, Graeme Edge and John Lodge are almost constantly on the road, still a massive attraction in America. “We’ve done two tours this year, very successful, bigger than ever. We’re offered more work now than ever before and we have a Moody Blues Cruise coming up in January but no plans after that. I’m doing some solo things and going to record some more new songs.”

The prospect of new material from Justin next year is one to relish but, for now, time to reflect on an outstanding musical catalogue from across the past 50 years, beginning with one of the most influential albums of all time, Days Of Future Passed.

Visit Justin’s Tour Page for dates | vist the TPA Gig Guide for all the UK dates.