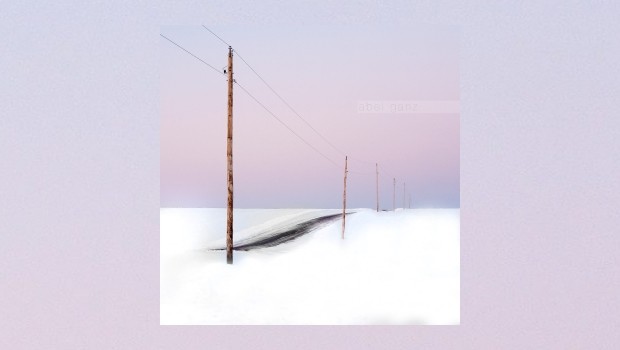 I doubt many readers of this blog will need an introduction to Scots based Abel Ganz, but just in case. Formed in the early 80s the band toured their native Scotland earning a healthy following and went on to release their first studio album, Gratuitous Flash in 1984. This was followed by Gullibles Travels (85) and The Dangers Of Strangers (88). Like so many bands of the era they suffered from a revolving door membership and as a consequence never quite managed to capitalise on their popularity. Six years elapsed until the next studio album, The Deafening Silence (94) after which the band went on a long hiatus. They would resurface again in 2006 with the release of a compilation album Back From The Zone, featuring material from their 80s catalogue along with a couple of new tracks. The band who had formed their own label, Abel Records began work on their fifth studio recording, Shooting Albatross (08). Once again the band with founders Hew Montgomery, Hugh Carter and long term drummer Denis Smith toured extensively in support of the release.

Circa 2010 work began on a new album, however during the recording stages both Hew Montgomery and Hugh Carter took the difficult decision to leave the band, but thankfully encouraged the  remaining musicians to continuing with the project. Jack Webb, who had performed on Shooting Albatross was drafted in along with Stephen Lightbody taking on some of the keyboard duties.  With a whole host of guest musicians, including Jerry Donahue (Fairport Convention & Fotheringay), Malcolm Jones (Runrig) and Stevie Lawrence & Fiona Cuthill (Rallion), we arrive in mid 2014 with the eponymous sixth studio album.

Now Abel Ganz is a long album and at just seventy one minutes there is an awful lot to digest, especially in one sitting. On top of this the guys have thrown everything into the melting pot, including the kitchen sink and a brass band – well maybe not the kitchen sink. Jesting aside this bold and adventurous move I’m delighted to say the outcome works on many levels and in many respects sees Abel Ganz come of age with this fantastic release.

The album opens with the beautiful and tranquil Delusions Of Grandeur with piano, oboe, violins and violas forming the top lines in this superbly orchestrated introduction. This lays the foundations for the twenty three minute, five part, Obsolesence suite. Twelve string guitar leads us into Pt. i Sunrise, the folky vocal melody is augmented with wonderful harmony vocals that Dave Crosby And Graham Nash would be proud of. Jack Webb’s delicate piano, subtle mellotron and Fiona Cuthill’s recorders lend a seasonal flavour. Mick Macfarlane’s rich voice, along with acoustic guitars and recorders link us into the hideously catchy Pt.ii Evening. I just cannot get this tune out of my head. The song is bounced along by Denis Smith’s drumming and Ed Higgins on congas and icing on the cake comes via Iain Sloan on pedal steel.

Pt.iii Close Your Eyes takes into more proggy territory with Denis Smith creating a solid pulse across a stop/start rhythm, neatly punctuated by Stephen Donnelly’s thick thumping bass and embellished with Hammond organs, driving guitar and with Hew Montgomery joining the party with a fine synth solo section. And we remain in the progressive realms as we segue into Pt.iv The Dream with its delicate Gensis-like picked chords and splendid flute lines from David Carlton. A strong piece with memorable vocals and the final twist in the tale comes via the Wakeman-esque church organ, heralding the grand finale complete with themic guitar, sweeping synths and tubular bells chucked in for good measure. But this is not the end and Pt.v Dawn begins in the finest of Jan Akkerman/Thijs Van Leer style, with Davie Mitchell turning in a superb melodic solo. Well there we are, a third of the way through.

Now it would by nigh on impossible to build on what has just passed so wisely the following track, Spring, is a delightful solo acoustic guitar piece played by Mick Macfarlane. In turn this neatly leads us into the tranquil Recuerdos and our first taste of the brass section. Acoustic guitar, sweet harmonised vocals and muted brass…

Seguing with birdsong, the shouts and screams of young children changes the mood as we move into the Heartland which features the ethnic (Gaelic) vocal of Joy Dunlop accompanied entirely by Jack Webb who delivers a rich tapestry of sounds, replete with pan-pipes, swirling strings and programmed rhythms. Reminiscent of French duo Deep Forest or perhaps Enya. Yet another smooth transition takes us into End Of Rain, an instrumental piece allowing Stephen Donnelly the freedom to play an infectious melodic fretless bass line. Rising from distinctly Barclay James Harvest territory with its lightweight guitar, rich strings and choirs before a steady bass drum picks up the pace augmented by a series of sound effects and percussion.

Thankyou is a simple folk/country song with all the hallmarks of an ‘open air crowd pleaser’ and easy to imagine hands aloft at the annual Cropredy Festival. Opening with acoustic  guitar, a great vocal melody and infectious chorus line the track plays to its strengths with the addition of accordion and Jerry Donahue adding some tasteful licks and two fine solos. A Portion Of Noodles is another delightful Mick Macfarlane acoustic piece.

At a little over fourteen minutes Unconditional takes us back into proggier realms. Without wishing to repeat myself the now expected, strong rhythmic backing is accompanied by great vocals and tasteful array of guitars and keyboards. What does come out of the blue is the jazzy instrumental section circa three minutes in, with punctuating piano, double bass, sympathetic drumming, muted trumpet and brass section. A lengthy solo section with brief breaks taken across the band’s line-up. As we return to vocals I liked the sparseness of the arrangement with, in essence, vocals, held back drums and punchy Rickenbacker bass guitar, with only the choruses fleshed out. The track builds with a series of vocal passages, guitar solos and linked via harmonised guitar sections. Mick Macfarlane, who as demonstrated throughout his prowess on acoustic guitar, turns in a fine electric passage.

So all that remains is the kitchen sink – apologies the brass band. Frivolities aside this gentle song rounds off a splendid album. The beautifully arranged and softly played brass sits alongside the dulcet vocal line that I might well have come to expect from Tim Bowness. A fine conclusion to a fine album…

The band were kind enough to send me some MP3s, prior to the release, so I could familiarise myself with the music. A few days ago the album proper arrived and certainly has shed new light on the material. Considering the depth of performances, the production is top notch, revealing the many layers with great clarity. Mention also of the artwork, which although simplistic in nature, superbly captures the album’s music.

A lengthy review for a long album and I did find it necessary to split listening sessions into two – mainly as finding an uninterrupted hour and quarter in the day is nigh on impossible.  This said I didn’t find Abel Ganz a long album and certainly I’ve listened to albums half this length that seem to have lasted longer.

To be perfectly truthful the majority of the 80’s neo prog protagonists left me totally cold with their predilection for unnecessarily over long songs and far too often Genesis/Gabrielesque imitations. Abel Ganz formed part of that movement and portions of their early material fell into this trap. Shooting Albtross, although containing only four lengthy tracks was a huge step in the right direction, however with this latest release and in many respects sees Abel Ganz reinvent themselves.

This is a superb album and will appeal greatly to those who enjoy their prog on the tuneful side. I also see this album extending the band’s fan base into more mainstream territory, without the necessity of them selling-out. To warp this up and on a personal level, 2014 has been chock full of excellent releases across the progressive spectrum. This album ranks very highly in my list…

We’ve included the band’s Bandcamp page to give you a flavour of what is on offer. 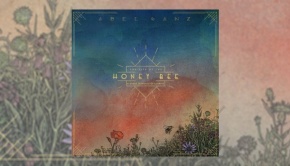