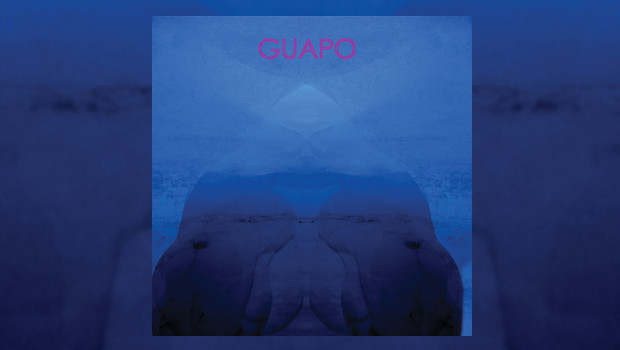 I find the currently in-vogue use of the word “journey” as a metaphor for a career path quite cringeworthy; the footballer describing his time at a club, or the wannabe TV talent show finalist wittering on about “what an incredible journey it’s been”. No it hasn’t. On the other hand, development in music does lend itself rather well to the over-used word. If there is one band whose progression from humble beginnings in the mid 90s as an uppity artrock racket duo through to the massive behemoth of sound now being made by their quartet line-up that one may describe as having been on a “journey”, then it is UK avant rock band Guapo.

There is a clear sense of progress through all of their previous eight albums to date solely under their own name, a progress that negotiated the latest sharp fork in the road with aplomb in 2013 with the revelatory History Of The Visitation, the first to feature the infectiously enthusiastic sometime Gong guitarist Kavus Torabi and Chrome Hoof keyboard player Emmett Elvin, both also members of Knifeworld, another UK band who have played and will no doubt continue to play a part in the true progression of rock music.

The concept behind Obscure Knowledge and its title as described by David J. Smith derives “from the psychoactive rituals of various Native American people who are said to ‘tap into obscure knowledge’ when performing certain rituals and rites of passage”. The album plays as one 43-minute track, split into three sections, and the desired hypnotic effect is achieved by a mix of mathematical precision and controlled chaos, building to intricately crafted thunderous climaxes.

The one constant in the band is drummer Smith, who along with long-time member bass player James Sedwards form a rhythm section that is fully deserving of another over-used term, “rock solid”. The album begins with brutal keyboard stabs that eventually resolve themselves into climbing an infinite Escher staircase with James Sedwards’ bass. After a very brief pause, the whole band march on up the stairs, led by David’s thunderous drumming, counterpointed by the guitars over slabs of mighty Hammond. And so begins Obscure Knowledge (Part I), over 25 minutes of Möbius Strip-as-music, always building as it folds in on itself. Enlightenment achieved through heavy and insistent repetition is met at the halfway point by a guitar line in a ballroom time signature, later reprised after a journey through Zeuhl space. The tune ends with a passage in the manner of Magazine, had they evolved out of the RIO movement. Those few words do this Behemoth of a piece no justice at all, suffice to say this is edge-of-seat music on a thrumming high wire, played out by a musical collective at the top of their game.

Part II is not so much respite as a nerve-shredding rhythm-free atonal shamanic call to arms, anti-ambient music if you will, led by a noise akin to a wheezing diseased harmonium. David is credited with, among other things apart from drums and percussion, “noises”, and here are some of them, along with what sounds like primitive bamboo flutes. The whole creates a spooky and disturbing mist-bound sonic lake, the surface of which ripples with an undercurrent of electric tension that is released with the piercing denouement.

Normal Guapo service is resumed from the beginning of Part III, if “normal” is a word that can be applied to this most singular of bands. Familiar Guapo math rock, atypically becalmed, but always prodded by David’s skittering paradiddles, the tune establishes a post-rock template of RIO leanings. A second distinct section is introduced by some fine entwined playing between a piano and the bass, with a counter-melody from the guitar joining in. Things wend their merry way, slowly slowly catchee monkey, as the pace and intensity notch up by increment.

The tremendous climax of Part III heralds a dervish dance in woodwind from Michael J. York. The ever mounting tension (that word again) in this part of the process is nerve shredding – in a good way! Joined by flurries of notes from Kavus over a pummelling Zeuhl rhythm in tandem with a furiously repeated Rhodes melody line, the tune lurches breathless over the line where it collapses in a heap, a final drag of a plectrum along a wire-wound guitar string spluttering, exhausted. Bloody marvellous!

This is music that takes risks, plenty of them, but such is the consummate professionalism of these players that although it threatens at times to fly apart, it never does. Obscure Knowledge is a must have for any lover of progressive music, you will not be disappointed.