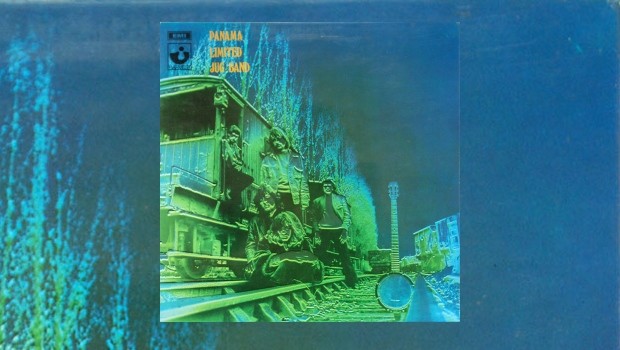 Panama Limited Jug Band formed in the latter months of 1968 and were part of the UK country blues scene, an esoteric (no pun intended!) offshoot of the R&B favoured by the more commercial end of the British Blues Boom. John Mayall’s Bluesbreakers with their more traditional approach were the link between bands like PLJB and the Yardbirds.

Taking their name from a Bukka White song and playing music written by the poorest of poor black musicians in the southern USA, PLJB were one of many bands around London at the time who mostly hailed from comfortable middle class suburbia. You can’t get much further from “Alabamy” than Richmond, after all. Their infectious love of the music must have buried that irony deep in their collective social consciousness. They did have one unique selling point in vocalist Pete Hozzell, who unusually for this scene was a black musician, another irony writ large.

An early signing to EMI’s underground offshoot Harvest after being championed by John Peel, PLJB’s eponymous first album came out in 1969 and mint copies now fetch hundreds of pounds on the collectors market. The album is all “Trad. Arr.” and is a straight collection of jug band music, country blues, and skiffle. The opening track even features a kazoo!

The relative epic that is Railroad makes me smile, for the melody and arrangement reminds me of The Clash’s Junco Partner, itself a “Trad Arr.” originating from an American blues. There isn’t really much more to say about this record. If you know PLJB, you may be interested in this remastered reissue for the two bonus tracks, lifted from the band’s ultra-rare 1969 single; taking a more electric direction, Lady of Shallott points to the next album, a different beast entirely. On the other hand if Panama Limited Jug Band is new to you, essentially this is where Mungo Jerry’s In The Summertime came from.