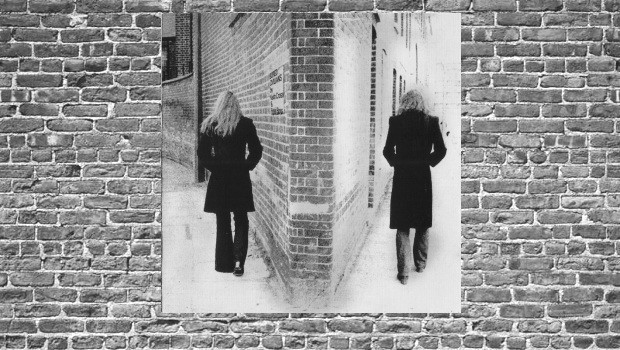 If you were not particularly into it at the time it is easy to forget the huge influence West Coast music had on the UK rock scene in the early 70s. Everyone from Al Stewart, Brinsley Schwarz, Sutherland Brothers, Help Yourself, Cochise and many other minor league bands were under its influence. In the mainstream you had pre-fame Rod Stewart’s ballads, 10CC’s harmonising, Eric Clapton’s AOR period, the list is as inexhaustible as the supplies of Colombian marching powder that allegedly fuelled a lot of those musicians at the time.

Released in 1972, Bored Civilians is something of a lost gem in dusty back alleys of British rock music, and it is pleasing to see it unearthed by Esoteric. Given that the supporting cast on this charming obscurity of a record, which included Nick Lowe (of the Brinsleys), Brian (aka BJ) Cole (Cochise) were also under the influence of music from the coast of California, it is no surprise that a mellow sunny vibe pervades some of these compositions. Opener The Last Ocean Rider, featuring the soon to be ubiquitous pedal steel of BJ Cole is a lovely and languid case in point, with Cross and Ross harmonising as well as Crosby and Stills (and/or Nash, of course!) ever could.

A more English sensibility is leant by the reeds throughout the record supplied by Caravan’s Jimmy Hastings, and completing a colourful musical vista on Fly Home is an orchestral arrangement from Tony Sharp, who most likely had worked alongside producer Peter Sames and engineer Dave Grinsted, when those two worked with Peter Skellern.

The aforementioned opener The Last Ocean Rider written by Peter Ross is the first of three songs written by the ex-Hookfoot man. Keith Cross wrote four of the songs, and the only joint composition is the last track. Peace in the End is a cover of the Sandy Denny/Trevor Lucas composition from the short-lived but brilliant Fotheringay.

It is remarkable that these laid back songs are written and played on by Keith Cross, whose nascent proto-prog band T2 were an altogether noisier and spiky affair, as here he leaves his previous guitar histrionics well behind. Hookfoot on the other hand were one of many forgettable second division blues influenced outfits of the time, and Peter Ross has definitely upped his game. It is a shame that there seems to be little information extant on this record, as the liner notes seem to be part conjecture, part contradicted memories, with no contributions from the main protagonists. Both Cross and Ross are credited with guitar and vocals, and I would guess that the very few lead runs were taken by Cross, but this is not in any way a guitar-centric album.

The cover of Peace in the End is taken straight and fits in well. In a time of social and economic unrest with the dawning realisation of the past decade’s naïve idealism hitting home, the arrival of stark cynical reality in the form of 70s selfism, and the ever-present threat of nuclear mutual assured destruction, it is no wonder that the music of the time painted a sunnier, if wistful picture, and even the melancholy of Keith Cross’s Story To A Friend still retains a cautiously optimistic air, initially reminiscent of a Carole King melody.

Stretching over eleven minutes the song develops like a Traffic number from the same time, with a slower middle section leading into a gorgeous flute solo from Jimmy Hastings as the rhythm quickens considerably. The consummate guests and session players around our duo deliver a polished performance, some of whose names you will no doubt recognise.

More CS&N vibes return on the dreamy Pastels, and countrified Byrds is recalled on The Dead Salute, a nice little song that marries a deceptively clever vocal arrangement to some nice acoustic picking and BJ’s pedal steel, topped off with Peter’s harmonica. Quite charming.

Fly Home sees the duo sign off in more ways than one as it turned out, with a sad minor key ballad typical of the time. In a way this record is one long sigh at a dream lost, but infused with hope, in this case in the form of the uplifting orchestral arrangement that pulls the song and the album home.The two bonus tracks are single b-sides and fit perfectly, making for fifty minutes worth of high quality songwriting and playing steeped in the wistful longing for the more innocent times of the 60s.

Cross and Ross parted company after the album and Cross disappeared from the music business after a long illness. A bit of Googling turns up the unconfirmed information that he studied and composed classical music and now lives in California, suitably enough! I hope you’re well Keith. I can find even less information about Peter Ross, so it seems that the duo walking off in different directions on the album cover was somewhat prescient.

It is a shame that the album sank without trace and that the duo never made another record, for Bored Civilians is a classy example of the country rock that was so popular at the time and could, indeed should have gained the same recognition as dozens of other similar bands and singer-songwriter successes of the era.