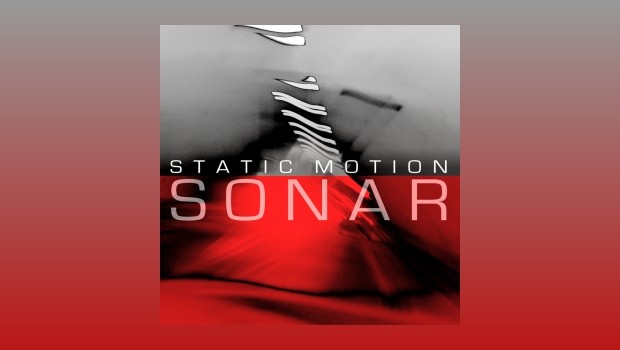 Swiss minimalists Sonar were formed after guitarists Stephen Thelen and Bernhard Wagner had attended Robert Fripp’s Guitar Craft classes. The pair recruited drummer Manuel Pasquinelli and bassist Christian Kuntner and Sonar was born. Inspired by the Crimson line-ups of 1972 to 1974, and the 80s incarnation, an intent to convey power through controlled musical statements eschewing the use of solos was brought to life on the band’s debut album A Flaw Of Nature, released on Nik Bärtsch’s Ronin Rhythm Records label in 2012.

If ever the old maxim “less is more” applies, then it is to Sonar’s taut and economic journeys into lands of high tension and fraught expectation. Static Motion was recorded to a set of strict parameters, eschewing virtuosity and soloing for tight ensemble playing, and outlawing conventional harmonies and 4/4 in favour of polyrhythms and tritone tunings, and other esoteric musical terms that fly over my head. Armed with these oblique strategies, Sonar set off on their latest carefully planned journey toward the event horizon.

Performing in a space where the heart of the music has an inescapable pull, you might surmise that were they to disappear into the singularity they would emerge on the other side to find Nik Bärtsch & Ronin playing Supersilent covers, suspended in the nothingness with no visible means of support.

Static Motion was recorded over the space of four days in a studio in Norway, and as it turned out, mostly on the fourth day, the four musicians playing live together in the same room.

The music was trialled first in a live setting where the experimentation led to structures evolving, later to be extrapolated or truncated in the studio, depending on the audience reaction.

The pieces develop along exact lines with a clinical precision that can initially feel cold, but once you concentrate the laser guided melodies can suck you into a hypnotic vortex it is difficult to escape from. For example, the track Landslide is built around the simplest of repeated bass lines with the two guitars playing counter melodies and rhythms that serve to slowly ratchet up the tension degree by degree. Hypnotic and mantra-like the tune ends in what seems like the blink of an eye but in reality, five minutes have passed. This is all quite strange and takes some getting used to, and it easy to see why one might dismiss it as over-simplistic (it is anything but) should you only give the music a cursory listen, being unprepared to get lost in the Sonar netherworld.

Shadowplay takes the minimalism a stage further, vanishing to a point over the course of its eight minutes. Another slowly evolving insistent bass line sees the band emerge on the other side into uncharted territories on Triptych. One of the guitars plays the developing melody in tandem with the occasional interjection of light-touch snare drumming, the thing builds as the second guitar plays a truncated chord off the beat, providing another layer of texture. It should be noted that all the guitars are au naturel, effects pedals are banned from this strictly puritan soundstage. The pace picks up as the three beats charge along at a pace with all three instruments locked in with the stripped down percussion. Fascinating stuff, and at the same time quite eerie.

The sound on this album has a wonderful clarity, particularly the bass guitar, which comes through on a track like Tranceportation, where its quiet sonorous insistence is an aural wonder to behold. The drummer uses the rim a lot and this adds to his deftness of touch throughout.

The discipline learnt at the feet of the Fripp pays off for the two guitarists, although the tension produced over course of a live set would have me itching to let loose a flurry of nasty power chords, but then I wouldn’t have the patience required for this sometimes lofty academic exercise.

Comparisons are hard to make, but a review has to give some indications so here goes; perhaps obviously I see a lot of late 70s Frippian discipline (that word again) in the playing, and I am slightly put in mind of the first two albums by UK post-punk modernist guitar band Felt, and although Sonar are more honed, there is a similarity in that both bands build on repetition and the minimum of instrumental fuss.

This is most assuredly music as an intellectual exercise, and as such the listener has to be in the right frame of mind to enjoy it. This has been a hard album to review and I would guess if you cannot get into Sonar’s groove it could easily become boring, but I can see what they are trying to do so I quite enjoy it. I wouldn’t recommend it as background music while you cook the dinner.