Celebrated Rock guitarist performs Jazz. Not a shock at all really, nor can I say that I am surprised at... Read More → 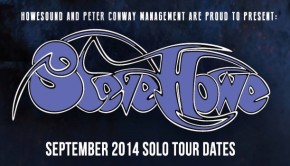 Steve Howe will be undertaking a series of one man shows in September 2014. And here’s a little taster of... Read More →