With the recent release of a box set including three albums from American band thisOneness, recorded in the ’70s, only one of which has been available previously, TPA’s Basil Francis spoke to keyboardist Gregg Inhofer about the bands short career and the music they produced during that time.

Hello Gregg, thank you for speaking to The Progressive Aspect!

How does it feel to have finally released all this music that you’ve been holding on to for nearly five decades?

Kind of like I’ve been holding my breath for 45 years or so.

How come you didn’t release it any sooner? Why now?

Couldn’t afford to for many years. It’s a bucket list thing for me. I’d love to make my money back so I can record my third solo record, but the most important thing is that it’s out.

Let’s go back to the beginning. When I read that I was to be reviewing an obscure group from Minnesota who had only put out one album, I absolutely was not expecting blistering, high intensity jazz fusion that rivals the Mahavishnu Orchestra and Return to Forever. Was this style of music popular in your area, or were you a niche group?

You’re way too kind. There was a fairly decent size audience for things like Mahavishnu and Weather Report. I remember going to see Return to Forever open for Steve Miller. I didn’t stay for Miller. There weren’t a lot of gigs around for a fusion band. We had an every other Sunday gig downtown. There were a few clubs around that would bring us in for a week.

What drew you to jazz fusion in the first place?

I heard a radio commercial for John McLaughlin and the Mahavishnu Orchestra, “The greatest guitar player since Jimi Hendrix. Tonight!!” So I went, totally unprepared for what I was about to experience. It totally changed my life, both musically and personally.

Who formed the group? Was it hard to find musicians who could keep up with the technical intensity demanded by your compositions?

Robyn [Lee, flute, sax & keyboards] got Bernie [Pershey, drums] and I together with a bass player named Fuzzy Garnett. We had a summer gig playing in Duluth, Minnesota. We were playing/learning the CTI record catalogue; George Benson, Stanley Turentine, Freddy Hubbard et al. We weren’t writing yet.

How did you decide on the name thisOneness, and why that particular stylisation?

Bernie came up with it. We were exposed to the exploding of culture and the willingness to try new things. It was a vision of the world from the macrocosm down. It was the oneness of humanity.

One thing I particularly appreciate about thisOneness, especially on the first two albums in the set, is the sense of ordered chaos, that there are jams and improvisations playing out within a strictly defined structure. How thorough was the composition process, and what else can you tell me about it?

Ha, we fooled you! Sometimes the chaos was structured, sometimes not. Sometimes one player would have one lick that would set things on another structured path. We had the ‘hats’ – teo hats with 24 pieces of paper in one with the chromatic notes written on them, twelve with up arrows and twelve with down arrows. The other hat held rhythm values. If we had section ‘A’ and section ‘B’ with no clear way to transition between them, someone would say, “Get the hats.” We would pull a note and a rhythm value and ‘build’ a lick to transition. But to be honest Basil, I listen to this stuff and I think, “How did we come up with some of this stuff?” That part is so totally illogical.

I was gobsmacked to read that thisOneness was the backing group for Olivia Newton-John for two years. Which years were those, specifically?

People today might mainly remember her from Grease, but it seems as if she was already quite famous by the time you crossed paths. What was it like to play to larger audiences with her?

She had done quite a bit by the time she moved to LA. We played some big venues like the Houston Astrodome and a record crowd at the Allentown State Fair. It was exciting for us because we hadn’t travelled that much, some East Coast gigs and some West Coast gigs.

Did you enjoy collaborating with her? Any personal stories you can share about the late, great Olivia Newton-John?

There was no musical collaboration as such. She was very easy to work with when rehearsing or learning a new song. Musically she worked with her producer, friend John Farrar. Great guy, great guitarist. He got me on a session for the Xanadu movie. I’m playing a basic Rhodes track on Suddenly with Ed Green and David Hungate of Toto.

Did that feel like your ‘main job’ at the time, with the fusion of thisOneness being a side project?

Just the opposite. No offence to Olivia but my main job was when we came off the road, rehearsed for two weeks and played a week in a club. Then it was back on the road. It was how we financed Surprize.

I’m embarrassed to say, I’ve never sat down and watched it from beginning to end. I’ve probably seen all of it in bits and pieces. I thought Liv was a good actress. Too bad about Xanadu.

I also read that you collaborated with Bob Dylan on Blood on the Tracks. What are your memories of those sessions?

Again with the collaboration! Yes, I was one of the infamous ‘Minneapolis 5’, as we were called. I played on five of ten tracks on Blood on the Tracks. As far as collaboration, I added the third in the bass at the ends of the verses on You’re a Big Girl Now. Bob came over and said, “Hey, what’s that?” I said, “I put a third in the bass on the last chord.” “I like it,” he said, “Keep that in!”

Coming back to thisOneness, how come the first album is called Surprize with a ‘z’?

I think we thought ‘Surprize’ was cooler than ‘Surprise’.

Why did Amalgamated Funk and Sonic Geometry never get released?

Why record a third album if your second hadn’t been released?

Because it was, still is and will always be all about the music. I’ve been a terrible businessman my whole life. I was never able to find an agent willing to take me on. Not commercial enough. I’m still not.

From your liner notes, it seems as though hiring Jay Young on bass for the third album had a major effect on the music, making it more of a straight jazz album, with less rock. While the music is still awesome on a technical perspective, Sonic Geometry just isn’t as exciting to me as the first two albums. Do you regret that Jay had such a large influence over the musical direction of the group?

Yeah, I do regret giving the new guy so much freedom, but at the same time, it blossomed into some of the closest ‘jazz’ I’ve ever written, with the exception of a song on my second solo CD called The Broken Bossa. I sometimes wonder what would have happened if I’d kept thisOneness alive all these years. Would we have found that one commercial ‘hit’ that would have everyone scrambling for our back catalogue? That one Sledgehammer.

While your fusion influences are clear on these recordings, how much did you borrow from progressive rock? Who were your favourite prog bands?

I was always into prog rock. An early band was Touch. I always got the latest King Crimson record. Just saw Fripp & co. a few years ago here. Three drummers. Awesome! ELP, we covered Tarkus early on. Gentle Giant was a big one. The Soft Machine. The last few years I’ve been obsessed with a UK band, Frost*. Jem and the boys are brilliant. Can’t get enough. Wish they toured the States.

Looking back, it seems as if prog rock wasn’t that big in the United States during the ’70s, with only Kansas seeing any success during their progressive phase. Meanwhile, there are tons of short-lived, brilliant progressive bands from that era such as McLuhan, Albatross, Starcastle, Polyphony, Yezda Urfa and yourselves. Why wasn’t the American public as ready for prog as English audiences were? 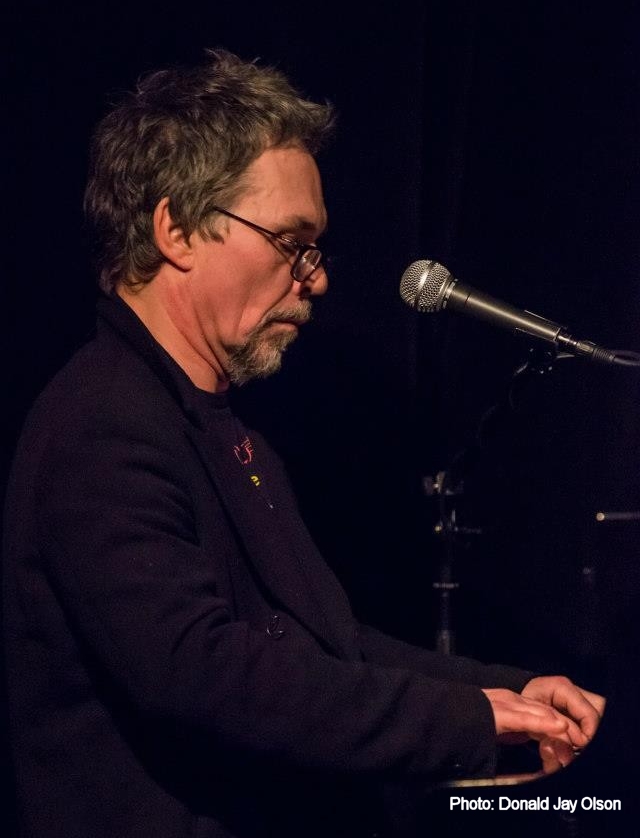 Bringing us to the present, what are you up to these days Gregg?

I was getting ready to record my third CD before I got involved in putting out thisOneness. The money for my third went into thisOneness. No regrets though. I have played on many CDs for other people but only started putting out my own in 2008. I have two, Inside and Music for the Upright Walking. I’ve been playing with Joey Molland’s Badfinger for the last seven years or so. I played with Joey on a Hawaii tour in the ’70s but couldn’t afford to keep working with him. Not stable enough and I had two kids. Loved it then; love it now. Joey’s a peach. He’s the last surviving member of Badfinger.

Thank you so much for your time, Gregg!

Thank you Basil. If you need anything else, don’t hesitate. And if you’re ever in Minneapolis… Cheers!

[You can read Basil Francis’ review of The Story of thisOneness HERE.]