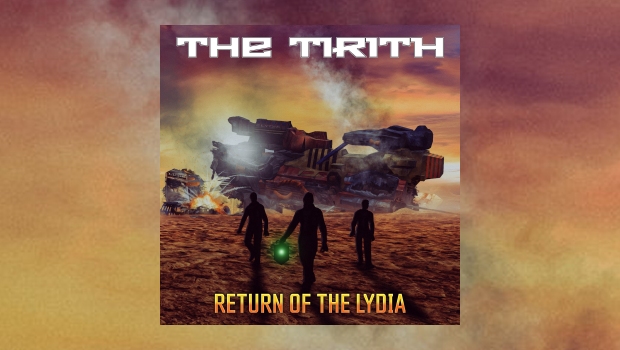 The Tirith – Return of The Lydia

Return of The Lydia is the third album from The Tirith and it’s another entertaining collection of guitar-led, heavy prog rock tracks and powerful, melodic, hard rock and psychedelic influences, with an intriguing ’70s retro character – but presented with a fresh and modern style.

Originally formed in 1971 as Minas Tirith, the young band from Loughborough folded a couple of years later. However, fast-forward to 2010 and Richard ‘Dick’ Cory (vocals/bass) and Tim Cox (guitar) decided to give it another go and reformed, shortening their name to The Tirith. In 2015, with Carl Nightingale now on drums, they finally released their debut album, Tales From The Tower – a re-working and development of material from their early days. This was successfully followed by A Leap in the Dark in 2019, which further consolidated their musical progress. Mixing sci-fi and fantasy lyrics with more contemporary subjects in a diverse and broad range of musical influences, such as Rush, Styx, Pendragon, Pallas and Saga, along with Pink Floyd, Wishbone Ash and Deep Purple, the band have much to offer prog and classic rock listeners.

Return of The Lydia is a natural continuation of their musical journey, which not only maintains their signature sound but develops it further. With new drummer Paul Williams completing the trio, and Richard and Tim supplying the proggy keyboard flourishes, there is a richness in the instrumentation throughout the changes in tempo and style demonstrated over the seven tracks.

The titular Return of The Lydia epic starts the album powerfully, revisiting the space opera featured on several tracks from the first album. In the spirit of the golden age of classic science fiction, Richard’s lyrics continue the tale of the galactic adventurers as they encounter a new planet and alien life, using a mysterious ‘key’ to power their ‘everglide’ warp drive. Refusing to take the alien’s planet, they travel further on until they and their spaceship, The Lydia, crash-land in the desert. Appreciating the Earth for what it is, they return ‘the key’ to the castle by the rock and walk on (to new adventures, who knows…?).

Musically, the track starts atmospherically, with a soaring solo guitar call before embarking on a Floydian musical soundscape. The tempo increases as the band combine in a ’70s classic rock style, with several elegiac guitar solos from Tim, before a long fade-out. There is a charming naivety to the lyrics, such as “Hello, my name is Mike, and I’m from planet Earth”, which reminded me, nostalgically, of the classic sci-fi radio series Journey Into Space, amongst others.

Dying to Love is a darker and heavier song about Cuba, contrasting the freedom gained from the revolution with the lack of freedom, poverty and economic isolation of today. A melodic keyboard pattern is built upon by guitar, bass and drums and there is a creeping rhythm over which the multi-layered, undulating and almost chanted vocals sway back and forth (with some nice backing vocals from Erire and Taga). Another nice extended guitar solo takes this deceptively catchy track towards a defiant conclusion.

My People touches on family history and roots and how we no longer seem to live in extended family groups. Brighter and more uplifting with a ’60s/’70s lightness of touch, the chiming guitar has echoes of The Byrds and Tom Petty, amongst others. There is some nice space in this track to allow it to breathe and it is allowed to flow and extend effortlessly. Tim’s melodic guitar excursions are ably supported by Richard and Paul’s solid rhythmic foundation and the “Who are my people. Where do we stand?” vocal refrain gently resonates before delicate piano notes at the end (supplied by guest musician Anthony “Ant” Hill – now reportedly a full-time band member). Richard’s vocals have a slight Phil Oakey timbre at times on this song, which works well.

Go the Drifter stems back from the earlier days of the band, and has a more traditional, hard rock character, with several Tony Iommi-like Sabbath riffs over a muscular beat.

Crystalwell is a stand-out track on the album. There is a musical sparkle throughout in the instrumentation as Richard recalls an old cautionary folk tale of a magical water well of strange power, with oak, elm, willow and ash trees planted around it. If a married couple drinks from it, the one who drinks first will be the master in their marriage. The song is melodically strong and has a lightness of touch, but it can still rock with some powerful riffs where necessary. Tim’s electric guitar is once again the star, defining the character of the piece, but praise for Paul’s drumming as well, which copes admirably with the jaunty tempo. The rehearsal video clip below captures the track well.

The Uncertainty Principle relates quantum theory to modern life (as a Physics teacher I heartedly approve of the subject matter!) and is a more straight-ahead guitar-led rock song, but not without some nice prog overtones from the keyboards. The main guitar riffs drive this mid-tempo track very melodically throughout, with some insightful vocals to boot; “You never know how fast I go, if you can see me standing there. Just as soon as you know my speed, I have a position of uncertainty”, sings Richard. Werner Heisenberg would definitely agree with those lyrics!

The Meeting of the Ways is an optimistic and joyous end to the album, and another highlight. There is almost a Hootie and the Blowfish-style guitar riff to these ears at the start of proceedings and guitar, bass and drums intertwine through several different sections wonderfully, with some nice acoustic guitar and rising keyboard passages. The final, ever-building 5/4 section (which the band called ‘Hopscotch’) is pure Starship Trooper at times, and it takes us through to the rousing and satisfying vocal climax, “The sunlight falls on the shadow lands, We greet the dawn like long lost friends, And you’re for me and I’m for you, The road leads down from the desert plain” seemingly linking back to our intrepid adventurers walking away from their crashed spaceship, lantern in hand, as seen on the CD front cover.

Whilst instrumentally The Tirith< are at their best, I was genuinely pleased to find Richard’s vocals to be noticeably stronger and more confident than on previous albums. His yearning higher range and slight twang might not suit everyone, but I actually felt they worked well, once you attune to them as the album evolves, fitting the retro '70s feel of the lyrics nicely. Return of The Lydia is The Tirith’s strongest and most complete album to date, with an increased maturity, both musically and compositionally. Retro prog mixing with heavier classic rock influences, and some surprising diversity at times, yet all projected through a fresh and contemporary window.  A step forward from the band that is worth exploring further. 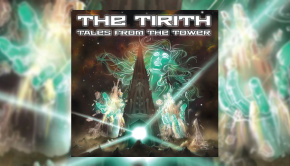 The Tirith – Tales From The Tower →