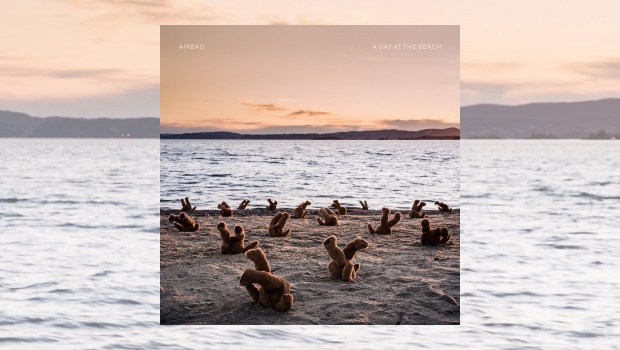 Airbag – A Day At The Beach

A Day at the Beach is Airbag’s first new album since Disconnected in 2016. Last year, following Bjørn Riis’ latest excellent album A Storm is Coming in a run of outstanding solo releases and the departure of two original band members, I wondered if Airbag would ever release another album. However, such changes impelled Airbag to rethink their creative processes and they have returned reinvigorated with a fresh approach and simply one of the best albums of their career.

Airbag have described A Day at the Beach as “a story of us and them, told by a husband, father and brother leaving his family behind into an unknown future. It’s the contrast between the desperate individual struggling to survive and people in power observing at a safe distance”. This is a strong narrative theme which Airbag have described with atmospheric and imaginative musical landscapes. The different approach and sound of Airbag is immediately obvious on the outstanding opening track Machines and Men. Sinisterly entering on an insistent throbbing beat, Airbag gradually add guitars and bass before Asle Tostrup’s plaintive voice, intoning about the harsh realities of war. A pulsing synth wave, straight out of ’80s electronica, takes up the military march, and the powerhouse rhythm section of Henrik Fossum on drums and guest bassist, from Wobbler, Kristian Karl Hultgren, drive on this piledriver of a song. Bjorn Riis later adds to the mayhem with a gritty sounding guitar solo streaking above this rolling musical military vanguard. It is a remarkable opening song to announce that Airbag are back with a punch. Previously strongly influenced by the later period Pink Floyd style (and doing it well) it is refreshing to see Airbag evolving a much more distinctive voice for themselves with this captivating release to cement their own burgeoning reputation.

Into the Unknown takes us in a rather more contemplative direction. A thrumming synth opening underlines the electronica influences in this subtle, dreamlike piece. This is a showcase for Tostrup’s melancholic but melodic vocals and cinematic keyboard soundscapes. Riis’ languid and restrained guitar helps to guide us to a gentle conclusion. A Day at the Beach‘s overall concept has a cinematic feel exemplified by the apparent linking pieces A Day at the Beach (Parts 1 & 2). They feature sparse eerie synth and shimmering guitar effects over subtle bass and percussion on Part 1, which are echoed and developed over an hypnotic insistent electronic warning sound on the later Part 2. The album concludes with the melancholic Megalomaniac with Tosptrup’s heart-breaking vocals borne on a wistful, gently captivating rhythm and beguiling melody. Halfway through this finale the surface is broken with a trademark fluid and emotive guitar solo from the outstanding Bjørn Riis. The tempo and volume recedes like the tide at the end of a day on the beach as we return to the almost lullaby-like recurring opening melody. Such restraint in the conclusion strangely gives it more impact.

The standout track for me, and one of my top songs for 2020, is the stunning Sunsets. Commencing with drumbeats, it soon plunges us into a glorious waves of synths, echoing, driving guitars and drums, reminiscent of early ’80s Simple Minds (that is a GOOD thing!). Airbag have taken that ’80s feel and applied 21st Century power and precision with increased volume. Bjørn Riis soars above the mayhem with a kick ass soaring guitar solo in perfect crunching synchronicity with Airbag’s talented and powerful rhythm section. Like a plane breaking through the clouds, Sunsets then floats into a more gentle keyboard led passage from Tostrup, and Riis briefly takes his foot off the power and applies more guitar subtlety. However, this is a brief respite and Airbag step on the thrusters as Tostrup’s sings mournfully:

On that happy note (!!) Riis turns on the guitar afterburners and the song goes stratospheric… and what joy is given in that release as he swoops and soars over the wall of sound Airbag pour out. It’s a truly outstanding song which, for me, has been on constant repeat. A Day at the Beach is easily now my favourite Airbag album and is indeed a contender for one of my fave albums of 2020. Sonically, the production is perfect, conveying such atmosphere and emotion.

The beach is a place in which we see the double-edged qualities of the sea, capable of producing soothing tranquil waters or tempestuous storms. Similarly, Airbag have successfully created such contrasts with this excellent release. A Day at the Beach is a truly class album with cinematic sweeps of music moulded from a creative combination powerful guitar driven rock music and delicate sounds. 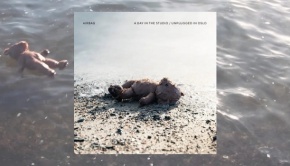 Airbag – A Day In The Studio / Unplugged in Oslo → 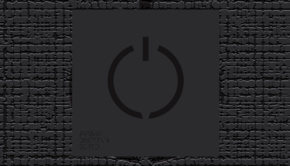