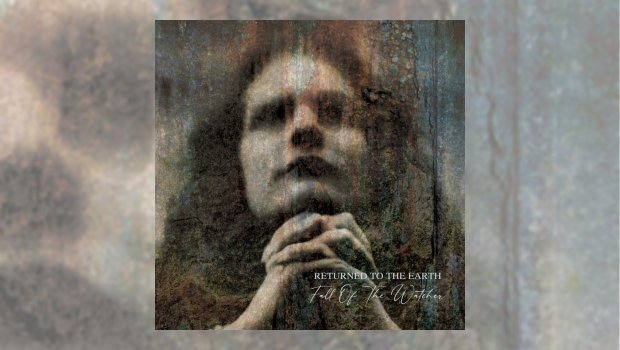 Returned To The Earth – Fall of the Watcher

How this group has not gotten my attention before this release is a confounding mystery. After all, I love atmospheric, broody, melody-laden, superbly sung tunes, and this packs all of that in. For transparency (and for those who do not enjoy long reviews), I love this album. I really love this album. I enjoyed it so much, I gave myself an extra month to listen, comprehend and absorb it before committing it to a review. I hope I give it the accolades it deserves.

Returned To The Earth is an alternative/art rock/crossover progressive band from Warwickshire in the UK who began recording in 2014 and have four full-length releases to their credit: the self-titled Returned To The Earth (2016), The Best Kept Secret (2018), Erebus (2019), and now Fall of the Watcher (2022). The group consists of Robin Peachey (vocals, guitar), Steve Peachey (keyboards), and Paul Johnston (drums).

Fall of the Watcher is an intensely emotional release whose overall theme reflects the uncertainty and fear brought about by the COVID-19 Pandemic to an already stressed and anxious world. Overarching themes of personal loss, drenching grief, and weary questioning are all intertwined through a six-song cycle clocking in tightly at just under 46-minutes. The music is extremely effective when listened to as a whole as opposed to a collection of individual songs.

There is not much out there by way of the arts (music and print) which reflects my feelings better, or to which I can relate about current conditions, than those presented on this album. It is contemporary, provocative, and erudite. According to a recent email from Robin Peachey, the “Watcher” represents those in power, be it politicians, big business, or the media. Sometimes those who hold power take it for granted and/or abuse it at the expense of those who entrusted them in the first place. That this theme has been around for ages is true, but its veins are rich and plentiful.

The first song (and title track) Fall of the Watcher begins with a slow distorted fuzzy synthesiser followed by an organ, both played splendidly by Steve Peachey, setting a moody vibe enhanced by a slow drum rhythm cadence and guitar reverb. With the atmosphere set, we hear the vocals of Robin Peachey. Peachey’s vocals are sublime and simply perfect for this album. His slow and deliberate delivery projects a fragility and vulnerability that is almost soul-crushing and sets the stage for what is to follow.

With the pace rhythmically maintained, Robin’s plea to take back, pick up, recover, and move on from the wreckage caused by the watcher, is gut-wrenching. Midway through, the pace slows even more and bends into a short interlude of acoustic guitar, providing the listener time for a breath and reflection. The interlude is short-lived however, as the song’s tempo changes with Robin’s gorgeous pulsing electric guitar solo accelerating the pace and providing the driving force to finish on a cathartic and brilliant note. You can almost feel the grit and emotion created by this stunning piece of music.

The second track, White Room opens with a soft rhythm and bossa nova-like beat provided by the bass and synthesiser, as again Robin’s stunning vocals deliver with such clarity and verve. The keyboards and drums of Steve Peachey and Paul Johnston drive this intensely personal song with dramatic rhythm. It references the eventual death of a friend from cancer, with the white room being the light (Heaven) where the pain will be no more, and the dead will be re-united with loved ones. The existential question of life after death brought up by this song is for the listener to ponder. For me, the song’s reflective sadness and emotion, saturated in a melancholy atmosphere are all superbly depicted by the raw and driven vocal performance. After two-and-a-half minutes of this very engaging beat, the song takes a dramatic, almost abrupt standstill and redirection so that focus now turns to friends and family who mourn the loss. The lyrics are impassioned and powerful, capturing the loss and grief vividly and poignantly, Robin’s conveyance drenched with sorrow. Having lost a friend recently to the disease and all of the sadness surrounding that, I could not help but be pulled into this searing and emotional song. It moved me to tears. When music touches you as this does for me, it is truly magical.

Drowning is a song about feeling overwhelmed by life in lockdown during the pandemic, with the associated anxiety about the unknown. The vocals are almost ethereal as manifested in feelings of being confined and restricted under these conditions and as a result, struggling mentally. The power and message of this song are so palpable and sincere, with questioning, as if Robin is singing about all humanity and its innate vulnerability and fragility during these challenging times. The intense drumming and quirky beat at the beginning gives way to a moving guitar-driven rhythm with absolutely breath-taking synthesisers and strings powerfully and brilliantly combined to convey this sense of stricture and confinement, with the addition on the last rotation of a viola bringing the song to a rich climax. In a little over five minutes, this song defined my world during lockdown with its mental and emotional struggles.

The epically glorious ten-plus minute prog manifesto Sacrificed In Vain is a tour de force, similar in theme to Fall of the Watcher with exquisite keyboards and mesmerising guitars pulsating with such emotive intensity, creating an amazing atmosphere and landscape. This tune could easily be included on any one of David Gilmour’s solo efforts with its “Floydian” melody that pulls the listener in. Robin’s aching vocal on this song is nothing short of brilliant, elevating the song to another level. You can hear the raw emotions clearly in his tone and delivery.

The majesty of this song is its evolution; beginning with its rhythmic flow, rise and fall, the tempo continues to build and accelerate to an irrepressible pace and then makes a drastic tempo change with Paul’s crashing drums and Robin’s thunderous pounding guitar interlude, shifting, and in a sense releasing the song to overdrive. Slowing down the tempo, there is an synth driven drum-led rhythm with a lovely guitar lead and Robin’s gentle breathy vocal delivery and Steve’s breezy synthesiser sustaining the rhythm. On the third chorus, the harmonies sound eerily reminiscent of Crosby, Still & Nash! This is lush, textured atmospheric prog that soars lyrically and sonically.

Lack of Information hits hard right out of the gate with force and swagger, stellar electric guitar and sensational drumming forming a heady, gritty beat, reminiscent of Neil Young. The vocals are strong and engaging and the addition of an acoustic guitar provides balance and beautifully rounds off this song. Midway through, there is a tempo change with the addition of piano and cello, providing pause to reflect. The song finishes on the infectious hook-laden rhythm with an echoing reverb effect that leaves the listener in bliss.

The last song on this album, the emotional and deeply personal April Sky is sung with passion and conviction. I listened many times and felt its sadness and longing. Remembrance and sweetness, recalling a day of a funeral and knowing that the deceased is physically gone but their spirit lives on in heart and memory. Gorgeous keyboards and a sustained drumming rhythm guide the song as it evolves into an almost prayer-like mantra reflecting on life and death. The dreamy gentle melody and the beauty created by this song is breath-taking and closes an absolutely brilliant album.

Every listen of this album reveals layers of superb, inspired musicality. The vocals of Robin Peachey are just sensational on every song and binds this album together. The themes conveyed throughout are difficult and at times, wrenching, but this band treats them with such expressive beauty, tenderness, and empathy. Releases like this remind me of how great and glorious progressive music can be.

Tags: Returned To The Earth