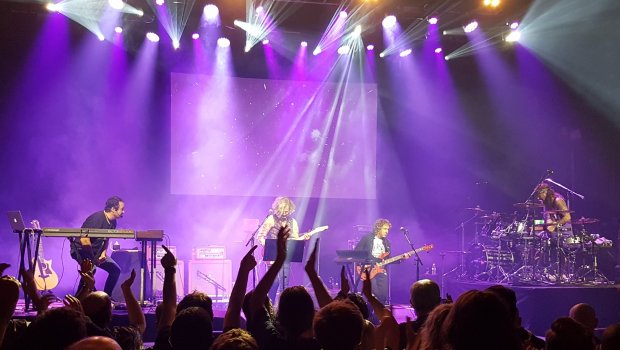 I felt a bit Transatlantic myself this time: flying via Schiphol airport in Amsterdam to the United Kingdom over the North Sea, a tributary of the Atlantic Ocean. I took the good with the bad, accepting the compulsory four hours in advance at a chaotic airport. Obviously, I couldn’t refuse the invitation of a good friend from Surrey, so off by car and then subway to the most cosmopolitan city in Europe, London.

The location is the O2 Forum in Kentish Town, in London’s Highgate, an old cinema from 1934 that has been converted to a rock theatre. The queue is right around the corner, roughly in the direction of the next tube station. Nevertheless, we quickly get inside – luckily the camera is allowed in. A standing reception today, it’s busy but certainly not sold out with many foreigners: French, Spaniards, Scandinavians and the odd Dutchmen. John ‘Lifesigns’ Young is also spotted. The start is surprisingly early as the lights go out at 7:30pm, so it is conceivable that visitors, mindful of catching the last train, have been taken into account, especially given that the show was expected to last three-hours. The anticipation is huge among the London audience; it has been eight years since the prog rock supergroup honoured the capital with a visit. That is further reinforced when opening directly with an integral, long version of The Absolute Universe. A great performance, it must be said, it forces the super-excited audience to sing, dance and wave along, encouraged by master of ceremonies Mike Portnoy. 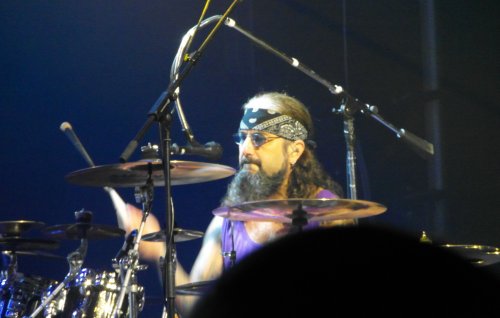 The band is visibly looking forward to this and has now warmed up well, which definitely benefits the individual performances, especially Pete Trewavas, who demonstrates what a great bass player he is. The first part of the show flies by, after 90-minutes Mike Portnoy takes the microphone for a brief introduction followed by a short break of about 15-minutes. Although the whole piece is one big highlight, I would like to single out two personal favourites: the ultimate prog song The World as We Used to Know and the wonderful climax of Love Made a Way.

After the break, the first notes of masterpiece The Whirlwind swell, all I see around me are cheering, jumping and emotional people, like the two twenty-something Spanish guys in front of me. There was an encouraging number of youngsters in attendance this evening, in addition to the majority of white men aged 60+ (guilty!). This part of the show was also very enthusiastically received by the frenzied audience. It featured starring roles for Roine Stolt and especially an exuberant Neal Morse. The medley was short but sweet with, among others, Rose Colored Glasses and vocal roles for everyone, including ‘5th Beatle’ Ted Leonard (of Spock’s Beard). Incidentally, Ted regularly took care of the melody on keyboards during the first part of The Absolute Universe. These guys are on a roll; the mighty, seemingly effortless blows of Portnoy, Trewavas visibly in his element in his own backyard and the jubilant Neal Morse. 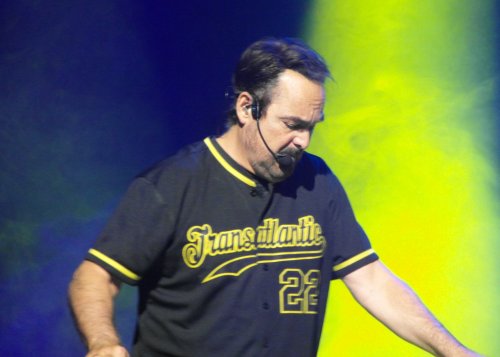 Not too long ago, Neal was in London for a show with his Neal Morse Band. Slightly older and heavier, with a beard and curly hair and dressed in a baseball shirt, his Hammond organ parts in particular were top notch, and he was in excellent voice, with the well-known arm and hand gestures that we are so familiar with. In this context, Roine Stolt was somewhat out of place, he was the least prominent musician on stage this evening, his playing subdued behind a music stand that unfortunately obscured both his iconic red Fender Telecaster guitar and his hands; too bad. The cheat sheet helped him especially with the lyrics, his guitar playing was unparalleled as usual, but unfortunately not always audible in the mix. The sound was a bit on the loud side anyway, especially in the beginning, but the sheer enjoyment of playing together was clearly visible. The exchange of drumsticks between Leonard and Portnoy was illustrative in that respect. 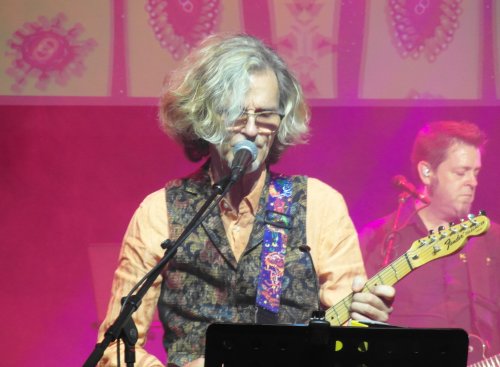 The video footage on the big screen above the stage, indicating the song being played at the time, as on the Blu-ray, was an added attraction. It acted as a deepening of lyrics and music from the perspective of the pilot/astronaut of the iconic airship Transatlantic. The light show and the regular smoke-spitting cannons also fitted in well with the live spectacle that is characteristic of the band.

Without much ado, after the crowd pleasing Whirlwind, the band started with a medley of the older material, especially from SMPT:e and Bridge Across Forever. Duel With the Devil, My New World, We All Need Some Light, they all passed by, sometimes in a slightly abbreviated version. The last piece in particular was a highlight with the improvised duet on 12-string (Morse) and electric guitar (Stolt). The sea of hands and arms in front of me was unstoppable, community singing was just overwhelming, the fans never miss a beat. Stranger is the last song before the band bids farewell to London and the United Kingdom to thunderous applause. 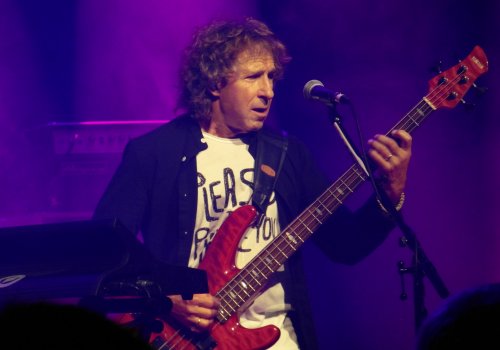 One day later, on Thursday 28th July, the last show of the tour is to take place, at the Olympia in Paris, where recordings will be made for an inevitable and desirable Blu-ray and DVD. Whether these musicians, in this formation, can still be admired on European stages in the coming years is doubtful. Despite the artistic and commercial success of the latest album, this tour is relatively short with fourteen shows, the majority in the United States and only five in Europe. Only time will tell.
Transatlantic live is a real sensation, no one can take this memorable evening away from me, even if I have to defy Schiphol airport to do so. 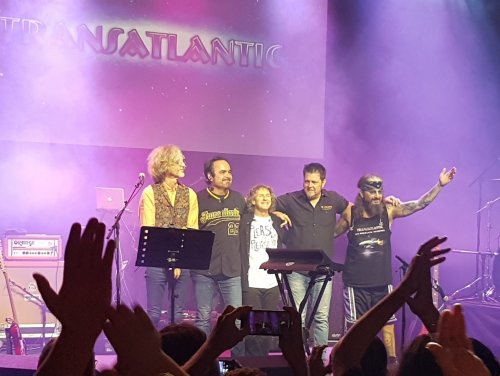 [With photos by Alex Driessen]

SETLIST
The Absolute Universe:
– Overture: The Absolute Universe
– Reaching for the Sky
– Higher Than the Morning
– The Darkness in the Light
– Take Now My Soul
– Bully
– Rainbow Sky
– Looking for the Light
– The World We Used to Know
– The Sun Comes Up Today
– Love Made a Way (Prelude)
– Owl Howl
– Solitude
– Belong
– Lonesome Rebel
– Can You Feel It
– Looking for the Light (Reprise)
– The Greatest Story Never Ends
– Love Made a Way

The Whirlwind Medley:
– Overture
– Rose Colored Glasses
– Evermore
– Is It Really Happening?
– Dancing With Eternal Glory (‘Whirlwind Reprise’ only)
SMPT:e / Bridge Across Forever Medley:
– We All Need Some Light
– Duel With the Devil (Motherless Children & Walk Away)
– My New World (Shortened)
– All of the Above (Full Moon Rising)
– Stranger in Your Soul (Sleeping Wide Awake & more ) 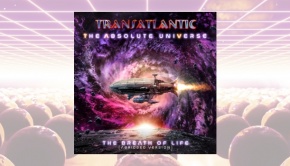 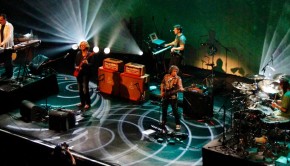