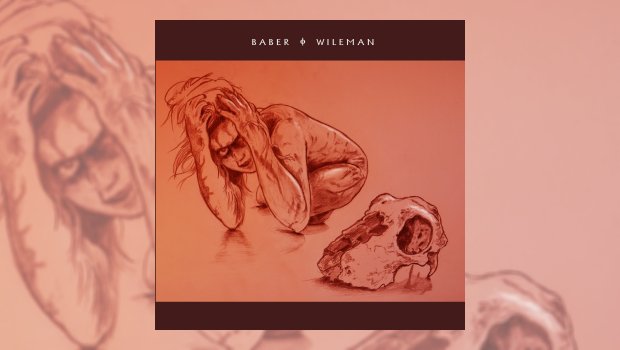 This is an intriguing collaboration between Sanguine Hum’s Matt Baber and Richard Wileman, the mastermind behind Karda Estra who has in recent years started to release music under his own name. The pair met in 2011 and first worked together to co-compose the track Mondo Profondo 1 from Karda Estra’s Mondo Profondo album. That piece showed immense promise in its syncopated synthesis of upbeat rhythms with a swirling and mysterious aura, but it was only in late 2020 that they picked things up again, initially just to record a couple of tracks. Those sessions went so well that they worked on into 2021 and have come up with the album we are now considering, with Richard’s long-time collaborator Amy Fry adding her vocals and clarinet to three of the tracks.

It’s an atmospheric listen, sinister drone and droplet keys resonating with an ethereal tone on opener FOUR; simple and effective, it sets the scene as a brief overture before the mid-tempo Souvenir brings in acoustic guitar and Richard’s voice with bright piano support. It’s redolent of Richard’s solo work, light-as-a-feather floating electric guitar slides featuring as Baber’s piano holds the focal point in a deft arrangement of percussion, keyboards and guitar. It’s a lovely thing, the off-rhythm of the rising and falling end section delightfully woozy.

Mondo Profondo 4 follows on from the previously issued first three parts and is identifiably in a similar vein, piano rhythm playing against the lead line in a stately dance, opening out with mysterious tones emanating from washes of synth and other ethereal sounds. Bright spikes stand out to give the piece a beguiling depth, lead guitar raising the energy levels to move the piece from foreboding to uplifting.

The wistful quality of another delicate and beautiful vignette in THREE audio slow‘s stark treated piano holds the ground between the fuller arrangement of the previous piece and the album’s longest track (by a short head), Emperor, which sets a suitably imperious tone despite the stripped down instrumentation of the start. It’s mostly piano and acoustic guitar, augmented and expanded with percussion and synths. The playing is, as always, insightful and appropriate, Richard’s warm vocal supported by Amy Fry later on.

A bubbling sequencer colours the opening of the lengthy Passing Waves, synths and drums creating a chaotic yet controlled improvisational feel. It’s animated and interesting, frenetic but oddly soothing, and I find myself focusing on the free-swinging drums at the heart of it all. As the drums die away and the pace is calmed, soloing bass guitar becoming the focus amidst twinkling piano before the drums return. It’s an immersive whole that rewards close attention.

Piano and acoustic guitar again provide the basis for 2009, but the piano is busier here, in a stately sound with synth and clarinet ornamentation, like an enthusiastically warm hug. Clarinet also takes the languid lead melody in Day Follows Night before Amy and Richard duet, moving into an elegant instrumental progression that really floats my boat, guitars and synths with washes of skitteringly free drums, and that clarinet; muscular but restrained, culminating in a sequencer fade. Finally The Birth of Spring brings us home, light and refreshing with multi-layered piano accompaniment, expanding to take in a variety of other sounds in a delicate crescendo that fittingly brings this quite gorgeous album to a close.

The sound is engagingly rich throughout, inventive and immersive, largely instrumental but with the warm vocal additions, and the album doesn’t outstay, with a running time just under 40-minutes. Piano plays a key role throughout, offering delicate touches that vividly embellish, and as a whole this is more in the vein of a variation on Karda Estra than Richard’s solo works, but with his voice and an organic acoustic presentation as the linking point. The cover art is by Richard and offers another stylistic affirmation with his solo work.

A cleansing and satisfying listen that comes very highly recommended, strong on melody but also with masses of atmosphere. It has taken the duo a decade to get an album completed, but with Richard singing “This will be the end of the beginning” during The Birth of Spring, hopefully the next one won’t take as long. 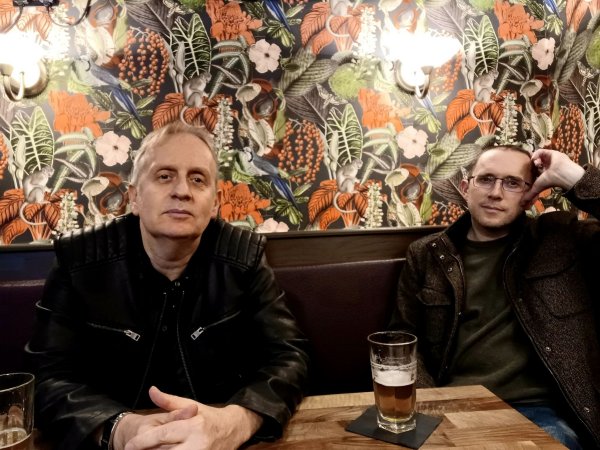 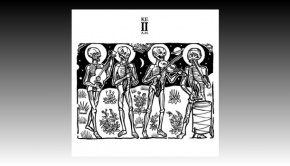