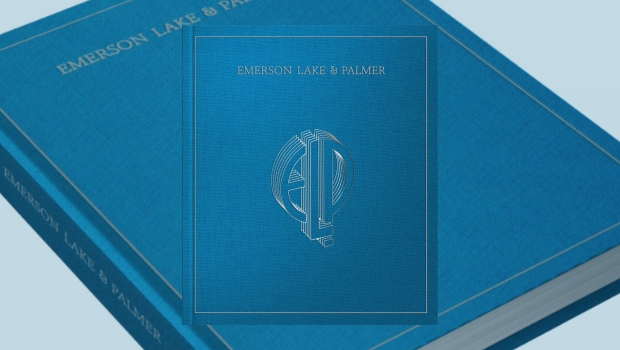 Emerson, Lake and Palmer have released the first official illustrated book outlining the story of this unique and iconic progressive rock band. Created by Rocket 88 (the publishers behind recent books by Jethro Tull and Opeth) with the full co-operation of the families of Keith Emerson and Greg Lake, along with Carl Palmer as executive editor, it is available in three deluxe editions. The Classic will be a large format 272-page, full-colour hardback, the Signature will include signed copies of the Classic, come in a bespoke presentation box and include extra rare items, while the Ultimate is very limited in number and has exclusive content. 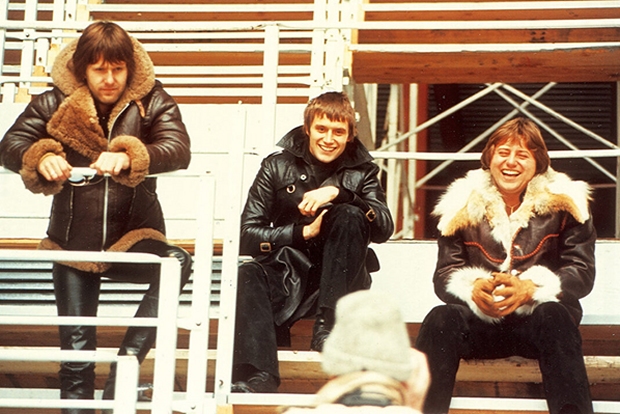 Created from over a quarter-of-a-million words spoken by the musicians in original and unpublished interviews, recordings and films, the text is illustrated throughout with classic, rare, private and recently discovered colour and black and white photos of the men, the band, and the world of music they created.

“This is the definitive Emerson, Lake & Palmer book,” states drummer Carl Palmer. “There are photographs which I’ve never, ever seen before. Can you imagine, after all this time? This is the story as it happened, as the group told it, because it’s in our own words.”

As a fan of the iconic band since my early school days – I still treasure the well-thumbed gatefold sleeve of my vinyl copy of Pictures at the Exhibition that I bought with several weeks’ pocket money way back in late 1971 – I pre-ordered it several months ago and my good wife wrapped it up for me for Christmas before I even had time to flick through any of the pages. So, after several days of sitting down by the Christmas tree with ELP playing in the background, reading through it and studying the many photographs of the band within, I thought a personal review was called for.

Let me start by saying it is what is often called a ‘coffee table’ book. Large in size, the glossy pages have large text and photographs spaced about them. There is no discography or list of tour dates. There are no independent reviews or critiques of their albums or shows. There are many books already out there which serve my ‘inner geek’ for lists, obscure facts and opinions. Consequently, this is not a book I can recommend for the casual fan or someone looking to find out more about the band. 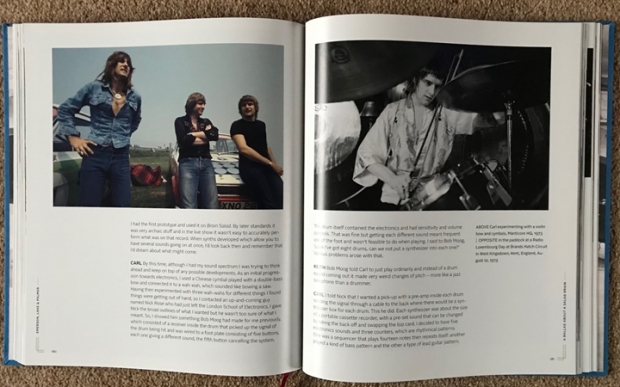 However, what it is, is a suitably extravagant and heart-felt ‘love letter’ for anyone who has fallen for the music of ELP and followed them through the magnificent highs – and occasional lows – over the many decades. The die-hard fans who have stuck by them as fellow prog rock listeners have increasingly questioned their position amongst the other legendary giants of the classic ’70s era. A ‘marmite’ band for many newer prog listeners, but once you get the taste…!

As I read through the chronological journey of the three musicians, from their childhood years through their pre-ELP input with The Nice, King Crimson and Atomic Rooster, and then their success as the greatest super-group ever, I realised the strength of the book is all down to the fact that every single line of text was solely written by Keith, Greg and Carl in their own words. What you might lose in the lack of self-criticism revealed at times (although there is still much honesty throughout), you gain in some remarkable personal insights of key periods in the band’s colourful history.

So, you can read about the exploding cannons at the Isle of Wight Festival as triple the gunpowder charge was used; the times Keith became trapped under his Hammond organ; the electric shock Greg suffered from a microphone which led to the introduction of his huge Persian rug on stage; the experience of touring Works with a huge orchestra; the separation after Love Beach and the Black Moon reunion; and the final 2010 swan song at the High Voltage Festival – where yours truly had to choose between seeing Marillion on the Prog Stage and getting over for a decent place in front of the Main Stage for ELP (sorry ‘H’ – I’ve made up for the snub in the years since!). 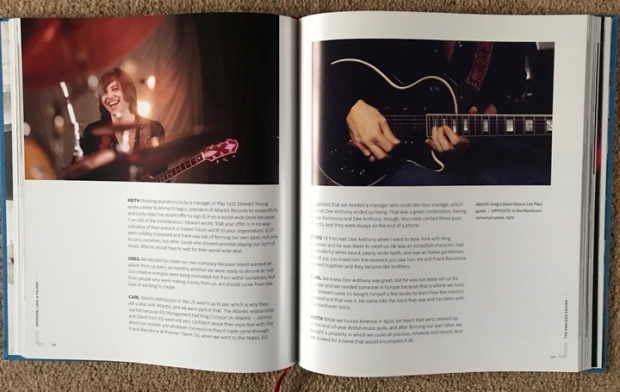 The untimely deaths of Keith and Greg in recent years robbed us of many more potential musical highlights. It doesn’t matter if they were never going to reach those bombastic and progressive heights of the past. The band have played a large part in many of our musical lives and Carl continues to honour the legacy of those halcyon days in his live shows. Just hearing Greg’s I Believe in Father Christmas every December brings it all back.

Whilst the cost of the Signature and Ultimate editions of this book are prohibitive for any but the most deep-pocketed of die-hard ELP fans, the Classic edition is recommended for any long-standing fans with some Christmas money still left over. The photographs are wonderful (even though I do tend to turn over from the ‘sauna’ one rather promptly!) and the fact that every word is spoken by the trio, does make it a suitably indulgent gift to treasure.

I leave the last word to Andy Tillison of The Tangent, with resonant lyrics from Codpieces and Capes about the effect ELP had on many of us:

“And I was there! (Well… I was at school, but I WAS THERE!)
And every note they played that night seemed like magic in the air
Stuff coming together, stuff that belonged
The critics said ‘pretentious*’, oh my God, they were SO wrong!
(* they were probably right about the RUG!)”