The fact that a band plans a tour relatively shortly after the release of a new album is not an exception, more the rule. But if the same band only plays one song from the brand new album during their show, that would be unusual, although not for Italian prog band The Watch – and not for the first time either, because no matter how good new studio album The Art of Bleeding truly is, apparently their own material never surpasses the music of their great idols, Genesis. And so, as seen before, the Milanese quintet plays the music of the legendary band with great respect and passion. The lack of airplay for their own original music is in no way an obstacle for The Watch, as witnessed in the interview I recently conducted with frontman Simone Rossetti. 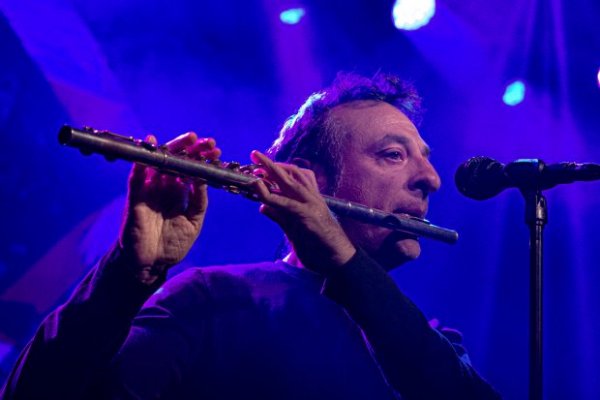 Under the heading The Watch plays Genesis – a prog journey 1970-1976, a number of iconic songs from the heyday of the English legends pass by. From Trespass to A Trick of the Tail this time, each album is represented by at least two songs during The Watch’s show. With a leading role for singer/flautist Simone Rossetti. What’s more, the band stay true to the original versions of the songs. Hence, a crowd of about 400 seek out the warmth of De Boerderij; not a sold out gig, but enough to give the room a cosy atmosphere.

Shortly after half-past eight, the band kick off with a subdued version of the fragile Stagnation, in which the first tentative notes of I Know What I Like could already be heard. The introduction to White Mountain, also from 1970’s Trespass, comes from a tape (or more probably digital file), and we hear original Genesis roadie Richard McPhail’s voice, evoking memories of the recording of this first true album, with a leading role for Anthony Phillips. A well thought out start. 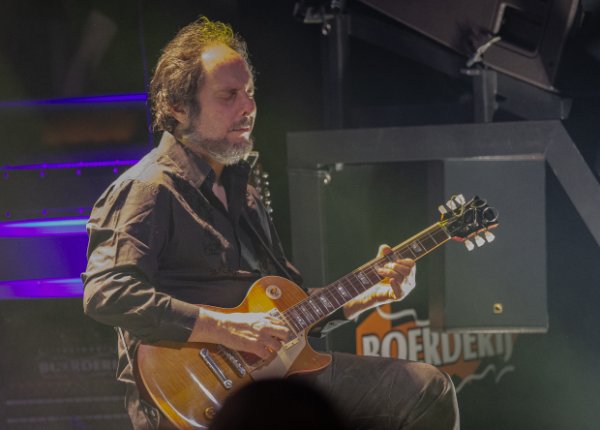 The Fountain of Salmacis signifies the first highlight of the show, especially with new and previously unknown keyboard player Emanuele Grigioni stealing the show. Horizons is Steve Hackett’s well-known acoustic masterpiece, guitarist Giorgio Gabriel playing a 12-string guitar with steel strings. Everyone knows what’s coming next, at least according to Rossetti: a superb rendition of Supper’s Ready. A minute-long rapturous applause is the rightful reward, that is how it must have sounded back in 1975; the fan wearing the t-shirt from the show in Amsterdam should know.

After an hour it is time for a short break. Time to process some thoughts. First of all, new keyboard player Emanuele Grigioni has made an excellent impression, playing from behind an old-fashioned white wooden framework that hides his modern instruments from view. Mattia Rossetti also does a great job, switching between bass, 12-strings and pedals and also taking care of background vocals. The simultaneously funny and serious appearance of string prodigy Giorgio Gabriel, playing his Hackett parts sitting down as always, is nothing new. This also applies to the solid drums of Marco Fabbri, as always dressed in a kilt. 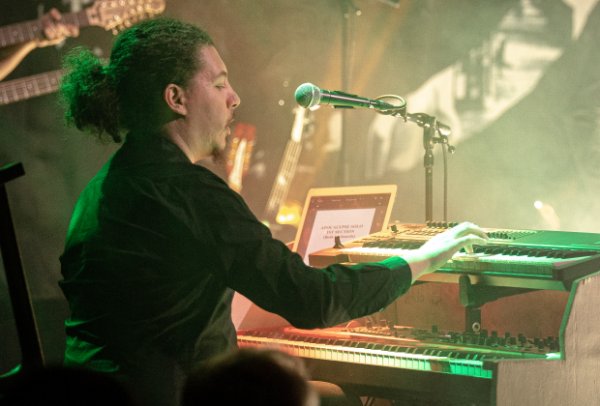 So far, many Genesis cover bands can still keep up, but the difference is made by the voice of Simone Rossetti, which is excellent this evening, especially the difficult high parts, which he performs brilliantly. Also, his flute makes it completely authentic. At times he looks a bit like Mr Bean, with his grimaces and solemn demeanour when inactive on stage. His speech in Dutch is, as always, emotional and funny at the same time.

After the short break, it’s the turn of both Selling England By the Pound and The Lamb Lies Down on Broadway. From the first is the inevitable I Know What I Like (In Your Wardrobe), with a fair amount of audience participation, plus the acclaimed Firth of Fifth, which stars newcomer Grigioni and veteran Gabriel. From The Lamb we are presented with a kind of medley, starting with the title track, followed by Fly on a Windshield, Cuckoo Cocoon and finally It. The wonderful Cuckoo Cocoon is preceded by an introduction from John Hackett and the enthusiastic audience of connoisseurs treat the band to huge applause. 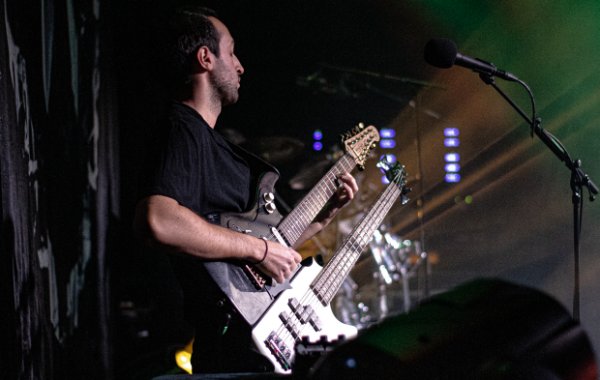 Fantastic versions of Dance on a Volcano and especially Los Endos follow, both from 1976’s A Trick of the Tail. Rarely heard and such good versions; maybe those of Steve Hackett and his band are just a bit better, but there’s not that much difference. An absolute highlight of the show, and at the same time the end of the regular set. However, it doesn’t take long before the quintet return to the stage for their only ‘own’ song of the evening – but not quite: the atmospheric Howl the Stars Down may be on the new studio album, but it is written by ex-Steve Hackett keyboardist Nick Magnus. The story of Cynthia and Henry playing croquet in the garden leads to an inspired version of The Musical Box, the last song of the night.

Compliments for the sound, which is excellent, clear and well balanced. The same goes for the lighting, with lots of red, green and gold, especially during the encore; almost Genesis-worthy. 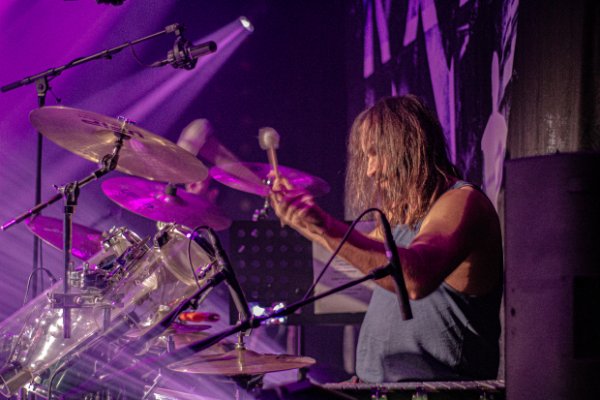 Emanuele Grigioni deserves an honourable mention. The replacement of regular keyboardist Valerio De Vittorio turns out to be a revelation; a young talented guy comfortably stepping into the big shoes of his predecessor without any stage fright. Temporarily though, family matters reportedly keep De Vittorio off stage for a while. Until then, his replacement will undoubtedly continue to amaze international crowds.

Ringmaster Rossetti recalls the long car journey from Italy, with many delays due to the Dutch on their way home from their holiday resorts in the south, before sending an emotional word of thanks to both management and employees at de Boerderij. After more than two hours of playing it is time to rest. There are still about twenty performances left this year in Germany, England and France. Buona fortuna ragazzi!!

[Photos by Arie van Hemert (Cultuurpodium Boerderij), used with thanks.]

Setlist
Stagnation
White Mountain
The Fountain of Salmacis
Horizons
Supper’s Ready
~ Interval ~
I Know What I Like (In Your Wardrobe)
Firth of Fifth
The Lamb Lies Down on Broadway
Fly on a Windshield
Cuckoo Cocoon
It
Dance on a Volcano
Los Endos
~ Encore:
Howl the Stars down
The Musical Box