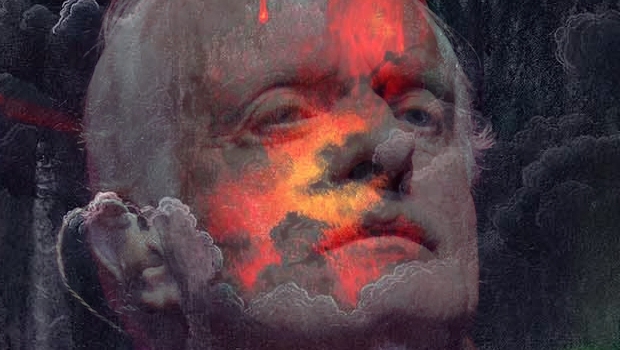 Tony Kaye recently announced the release of his debut solo album, End of Innocence, on 10th September 2021 via Spirit of Unicorn Music (distributed through Cherry Red Records) to mark the 20th anniversary of 9/11. Tony spoke with Geoff Ford about the release…

Tony Kaye is best known as the original keyboard player with prog legends Yes. Following his departure from Yes in 1971, Kaye was involved with a number of other artists, including David Bowie, Badger and Badfinger before returning to Yes for their greatest commercial success, 90125 in 1983. Kaye remained with Yes for several albums and tours before retiring from the music business in 1996. The events of 11th September 2001 moved Kaye to commit his thoughts and feelings to a heartfelt and personal musical interpretation. 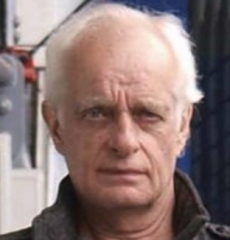 End of Innocence is a requiem for those who lost their lives and all those touched by the horrific events of 9/11. Primarily orchestral, it’s a powerful and emotional suite that is both beautiful and sinister, reflecting the dark forces at work that day. It guides the listener through the day and touches on the response, to reach a hope that peace and calm may prevail.

As did many millions, Kaye watched the horrors of 9/11 unfold on his TV screen. “I was living in LA and my friend who works for the government in DC phoned me to tell me what was happening, so we watched it all on TV.

“I’d left the band in ’96, gone into retirement mode and all my equipment was in the garage, locked away in boxes. The next day I unpacked my keyboards for the first time in a long time”, he recalls. “I didn’t know what I was going to do. It was one of those things that happened, inspiration on a musical level.”

The suite begins the night before 9/11 but, as Kaye’s wife Dani Torchia sings an innocent lullaby, menacing storms are gathering. The beautiful 9/11 Overture was the first piece Kaye composed, the day after 9/11. “I had no recording equipment, just an 8-track cassette recorder and some of those recordings became what you hear now. I started playing and it sort of became an orchestral thing, it wasn’t rock, more a sinister classical thing. Of course, several pieces are those original pieces I recorded that day.”

The narrative continues to create vivid images of New York City life, with NYC Blues, and a vibrancy around The World Trade Center, 285 Fulton Street.

Kaye was part of the original Yes line-up and his Hammond organ gave their ground breaking The Yes Album its quite distinctive sound within the Yes catalogue. “I tried to put a little of that feeling into this album”, he explained. “I didn’t use a real Hammond, of course, but I tried to get that sound of The Yes Album time and my idol, from way before that, was Graham Bond. 285 Fulton Street is a homage to the Graham Bond Organisation: Ginger Baker, Graham Bond, Jack Bruce. That track, Dick Heckstall Smith on saxophone, is the way I remember hearing that band at my first gig. It’s supposed to be a busking band in New York City, but I made it into the Graham Bond Organisation.”

Weaving between the images of NYC is the sinister Battle Cry and then the terror begins and captures the fears of those on the planes, Flight 11 highlights the frantic calls from the stewardesses. The track includes a powerful drum solo by Kaye’s friend Jay Schellen (CIRCA, Yes) reflecting the struggles onboard.

“We’ve been friends for a long time and we reconnected on the Yes 50th anniversary when I came back into the band for a little while. So I asked him to help on one track depicting the scene inside the planes. I wanted a drum solo and Jay’s just the guy to do that. And it includes the conversations stewardesses had with the tower. It was an emotional track and Jay did great drums on it.”

The suite is very emotional, in part because Kaye knew some of the victims of the day. “Yes, I lost friends. The producer who co-produced my wife’s album, his mother died in the building and I knew a lady who was on one of the planes. It made it personal, knowing that she was on the plane. It affected a lot of people.”

Following the collapse of the towers, Dani Torchia sings her lament Sweetest Dreams and the album looks at the Aftermath and the Heroes before focusing on the response, The Battle. “I wanted it, musically, to be about that day”, Kaye says, “but I felt compelled to extend it to deal with the repercussions of what happened. Musically, it was quite challenging to do the battle scene and then the Hope and Triumph, a patriotic anthem and the consequences of war. Ground Zero is the hope for the future, the rebuilding.

“I have visited Ground Zero a couple of times, it’s really incredible. What they did to create a memorial is pretty amazing. It was a very significant event that happened and it has affected everything worldwide.”

End of Innocence is so much more than a work of progressive music, so much more than just Tony Kaye’s debut album. This album is a majestic and moving work that really deserves to be performed, at a future 9/11 memorial event, with an orchestra, a band and choir, something Kaye says has crossed his mind.

“When I’d finished it and was getting ready to have it mastered, I did sit back and take a listen. It did occur to me that it would be a very significant thing to do it orchestrally. I tried to make it as realistic as possible although all the orchestrations were from a keyboard, my personal interpretation of what happened that day.

“This carried on from that day, I wrote little bits all the time. It has certainly transpired into something twenty years later and the year and a half, stuck in the house with Covid, was the perfect time to go ‘OK, I’ve got to finish this,’ coming up to the 20th anniversary.” 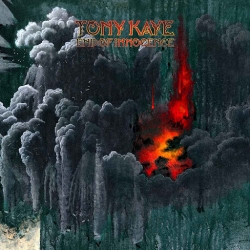 The artwork for the album has been created by Roger Dean, known for his work with Yes and Asia, powerful imagery reflecting the journey the music takes.

Tony Kaye, Spirit of Unicorn Music and Cherry Red Records are donating 10% of all profits from End of Innocence to the Gary Sinise Foundation. The charity supports veterans, defenders and first responders in times of hardship.

I was delighted to have this opportunity to speak to Tony Kaye. Not only is The Yes Album one of my Yes favourites, I also informed him that the very first audio cassette I ever bought was One Live Badger, which was played incessantly in my car.

Kaye’s then new band Badger supported Yes at The Rainbow, London, during the UK leg of their tour in 1973. Their set was recorded and issued as a live album.

“Wow!” he said. “It was strange, on the 50th anniversary, meeting up with Roger Dean, who did the cover art to Badger. We had a bit of a laugh about how long it had been since he painted that.

“We’d only rehearsed the band for a short while when Chris Squire asked us to do that gig. Yes had just come back from America and were doing the gig in London but they had no equipment. So, they came to where we were rehearsing to rehearse for their gig. It had been a little while since I’d left the band, so it was a little strange when Chris asked us to do it.

“I explained we’d only been rehearsing for two weeks. Anyway, it was very live and, actually, turned out pretty good!” 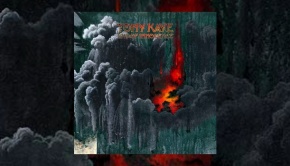