Over the last decade and more, Thumpermonkey have produced a string of exhilarating albums and become a fantastically exciting live band in the process. This week, the band’s singer, guitarist and writer Michael Woodman releases the first music under his own name, the Psithurism EP, on Kavus Torabi’s Believers Roast label. With solo shows planned (in tandem with Kavus) in the next few months, TPA spoke to Michael about the new music, his processes and the prospect of playing live again.

Hi Michael, how have the last 18 months been for you? You had some problems with your hearing I understand. Hopefully that’s been resolved?

Hopefully so – unfortunately I was diagnosed with chronic ear disease right at the beginning of lockdown in March 2020. I had to have an operation to have my right eardrum and bones in my middle ear reconstructed. This took place in October last year, meaning I had to take a long break from music, but luckily the operation appears to have halted the progress of the disease.

That’s good news indeed! I don’t recall seeing any solo stuff from you previously, is this your first solo release? Have you recorded much outside of Thumpermonkey?

Yes, this is my first solo release – although between 2001 and 2004, Thumpermonkey was technically the moniker I was using for solo material. The first couple of releases are just me making awful beepy noises using Propellerhead Reason as the main composition tool. 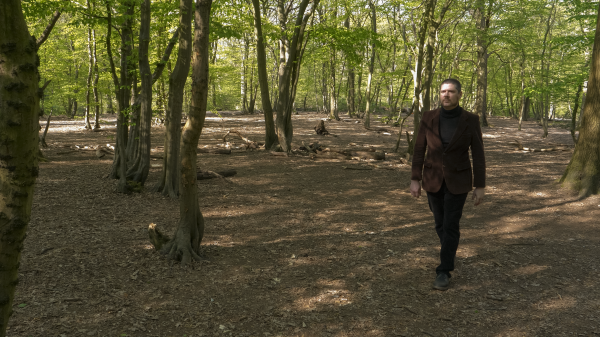 So why is now the right time for putting your first solo release together?

Over the years, Thumpermonkey has become a full band; for a long time it has been a democratic group effort when it comes to writing and editing. I enjoy that way of working, but I realised I was also missing the opportunity to take complete control of the creative process. This is just an outlet for a different type of creativity.

Had you thought about doing an album on your own prior to lockdown and the drastic shift in everyday goings-on, or did the opportunity present itself from scratch?

Pre-lockdown, I was already partway into the process of creating Psithurism with support from John Simm (The Drum Tamer) formerly of the band Cleft. He engineered and mixed the recording as well as performing drums. He is based in Manchester and the whole thing was created remotely by sending files back and forth, so in one sense, it would have been the perfect lockdown project if my ill health hadn’t gotten in the way.

The music on Psithurism is more delicate and stripped back than your band work, while retaining the intensity and experimental edge. Is this a natural consequence of working on your own?

The observation that they are ‘stripped back’ probably reflects my consideration of how the songs are going to work live – I don’t currently have plans to play this material with a band, so it was important that the composition process considered the fact that I needed to be able to play versions of the tracks on my own.

I see that you’re playing some solo shows with Kavus Torabi later in the year (which I hope to be able to get to). Is the intimacy of the Sacramento video a reference for the kind of thing we can expect, you alone with no other players featured?

Very much the intimacy of the Sacramento video. Kavus and I will both be doing solo sets. I was inspired by the way Kavus manipulates several instruments and pieces of technology live to create his sound, and I’ve gone down the route of creating a pedalboard that will hopefully allow me to do some unexpected things when I perform. It’s all based around a Boss MS3 switcher which I’m feeding a couple of other pieces of hardware into. This gives me the flexibility to pre-program some interesting effects – though at the back of my mind I’m aware I should also practice all the songs with just a guitar in case the whole thing explodes! I’m also in the middle of having a guitar built for me that will hold the ridiculous A-A-E-F#-B-E tuning that I use with more solidity.

Language seems important to you, the structuring of it but also the discovery of fabulous words that we should all be using more often (for example, ‘Psithurism’ – the sound of rustling leaves; ‘Petrichor’ – the smell that accompanies the first rain after a long period of warm and dry weather; ‘Noctivagant’ – night-wandering; ‘Cryptid’ – an animal whose existence is disputed). Do you seek them out or do they come to you by accident and pique your interest?

In this instance it was very deliberate. I wanted the project to feel organic and archaic, and I’m primarily interested in the way the words feel spoken aloud when experienced for the first time. While I accept that using an unpronounceable word as the title for a solo release might not be the best PR choice, I did this because I consider language primarily from a textural perspective. 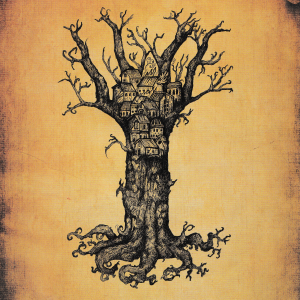 Your lyrics appear as a kind of ‘structured stream of consciousness’, using unusual, sometimes archaic words in interesting and abstract settings. Would that be fair? How do you go about putting them together?

I tend to take quite honest sentiments that make me feel vulnerable, and then I abstract them over multiple drafts. It hopefully retains a feel of the original meaning, but has a more ‘dream logic’ or stream of consciousness feel. There’s a lot of redrafting; I enjoy the process of abstracting language into something that allows the listener to project their own emotions and conclusions on to the music. Having said this, the lyrics on Seachange are probably as honest and direct as I’ll get, (though I anticipate they are still reasonably difficult to decipher).

The perennial ‘chicken and egg’ question: Lyrics or music, what lights the spark?

The music always comes first. Any kind of lyrical content will likely start as random vocalisations over the music that aren’t even language – often they contain the embryonic shapes of words that might suggest language to me through repeated listens. Sometimes I’ll even use a trick taken from Nicholas Dobson and Karl Coryat’s Frustrated Songwriter’s Handbook where I’ll just grab a book, turn to a random page and use the words to just get a melody down – once I have the melody, the real lyrics come later.

The videos for Petrichor and The Levitant are very striking, and fit the songs particularly well. How did they come about?

I decided at the beginning of this project that I needed less involvement than I usually have as far as creating music videos was concerned, so I approached three people who had all been involved in helping me with videos for Thumpermonkey in the past – Ashley Jones, Anthony Carpendale, and Drain Hope. I gave them extremely sketchy information – I talked about classic British folk horror and my love of the colour palette in Panos Cosmatos’ Mandy – the creative choices were then pretty much up to them.

Who inspired your guitar technique and what influences were key in it coming together?

I went through a period in my teens where my interest in music was largely driven by an interest in the guitar as the focal point. While everyone else was listening to Blur and James, I was still buying Shrapnel Records releases, receiving jazz guitar theory lessons, and sticking to a rigid practice regime. Any residual talent I have now is taken from those years of trying to learn Marty Friedman guitar solos, as I put the guitar down right through University, and by the time I picked it up again, I was more likely to be listening to Radiohead. You are much less likely to hear those early influences in my playing now, but there were some core musical concepts that I’m grateful were anchored early on, even if I’m not particularly likely to put Extreme’s Pornograffiti on the stereo anytime soon.

Your compositions seldom follow the expected path and are fascinatingly idiosyncratic. What drew you to the ‘non-standard’ end of the spectrum?

The truth is that not only do I not know, but I have no insight into that at the time of writing. There’s a weird fugue state that I go into when I’m writing where I’m convinced that “this release is going to be the accessible pop album”. I would put this down to long drives as a child from Redhill to the Lake District to visit family; my father would play endless psychedelic folk and prog – The Incredible String Band, Sky, Fairport Convention, all of the ’70s and early ’80s Mike Oldfield albums, Gordon Giltrap, Harry Nillson’s The Point, etc. I think I just absorbed it all as a 5-year-old and thought, ‘ok, this is what music sounds like’. I think it changed me on an atomic level which is kind of beyond the reach of my introspection now.

Thumpermonkey’s last album, 2018’s Make Me Young, etc, was and remains a favourite of mine. Are there plans afoot for the band as the pandemic lifts?

There are certainly files floating around for new material – it might take us a wee while to craft these into finished songs ready for live performance, but the intention is certainly there.

As for the future, is there more solo material to come, and will this element of your career run alongside Thumpermonkey?

I have a tendency plan things to death, and since my scare with my hearing, I’m simply trying to be as agile as possible and see what gets finished first. There is new Thumpermonkey material floating about. There are more ideas for solo stuff too. I’m also working on a number of different collaborations. I think the safest thing to do is not plan it out too much and then just puzzle out what it all is when it is finished. It’s much more exciting that way.

Excellent, I look forward to hearing it whatever form it takes. Michael, thank you very much, good luck with Psithurism and I hope to see you at an actual live show soon! 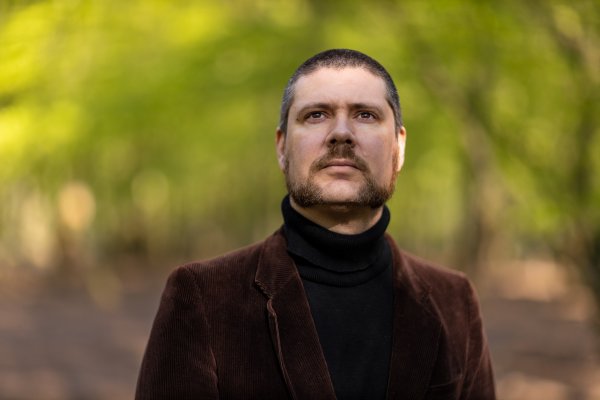 [You can read Jez Rowden’s review of Psithurism HERE.