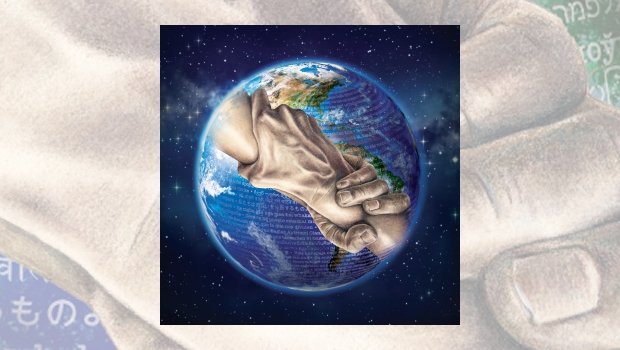 Big Big Train don’t really need reviews any more to sell records, such has been their trajectory in recent years, all down to their enormous hard work and dedication. Whenever they produce anything new, it flies off the shelves. It wasn’t too long ago that the band were producing a few hundred of their releases and they would sell steadily; now they are produced in their thousands and, for example, the blue vinyl issue of new album Common Ground sold out on pre-orders in 24 hours, nearly 3 months before release. It really is a case of get them while you can. But Big Big Train gets great reviews now because people genuinely love their music and everything it stands for, and they get enormous pleasure from writing about it, myself included. The fans will always make up their own minds, but it seems to me that they really do enjoy seeing what others think about release, despite having already parted with their cash.

So here we are in July 2021; the world is still consumed by the global Covid pandemic. Common Ground was conceived and produced at the height of lockdown, the band adapting to the trials and rigours of creating it on a truly international scale, particularly with Nick D’Virgilio in the USA and Rikard Sjöblom in Scandinavia. Quite apart from it being a new album, there are definitely some departures in style to BBT’s usual compositions. For the purist, it might take some getting used to. That said, many of the signature elements to delight those purists are present and the conceptual theme approach to the songs is there in spades. But let’s face it, this is progressive rock and the band can be as progressive as it likes, with the inclusion of some new faces to support the core of the band, particularly when the band hits the road, in Carly Bryant (keyboards, guitars, vocals), Dave Foster (guitars) and Clare Lindley (violin, vocals).

I very much like the ever-so-slight change in tack with some of the songs. The pop-rock album opener The Strangest Times sets the scene, with lots of piano, some thundering bass and happy-go-lucky guitar riffs set to a theme of what the world has suffered over the past 18 months. It is a song of its time, which I think is well recognised. Despite the potential for the subject matter to be a bit down-hearted and gloomy, the song is one of cause and effect, the cause being the trials of lockdown and separation, with the effect being an encouragement to be positive about the future and getting back out into the world. It is actually hugely uplifting, David Longdon explaining that he wanted an Elton John feel to it. Well done, David, first objective achieved…

It is followed by the first noticeable change in style, with David’s much deeper tone on All The Love That We Can Give. Without even reading Nick’s accompanying notes for this track to prompt me, his positive opening drum beat reminded me of David Bowie’s Modern Love; indeed, he goes on to say that the track was inspired by ’80s Bowie, in particular the Let’s Dance album. Well done, Nick, second objective achieved… It has some lovely backing vocals, inspirational keyboard work, more thundering bass and plenty of Americana rock, particularly when Nick takes the lead vocal. Progressive rock this certainly is, just by virtue of the variety of musical styles within.

As if there weren’t enough comparisons with other well known songs, Black With Ink must be BBT’s Kim Wilde moment. Remember her Kids In America?  Alternatively, those first few seconds could easily be mistaken for Genesis’ Turn It On Again (admit it, Greg, it’s deep in your psyche). Go on, take a listen. The track’s background theme is superbly told by Greg Spawton on the Common Ground microsite at BBT’s website and I encourage you all to take a read. Essentially, it covers destruction of history and its artefacts, with the title of the song making a direct reference to the throwing of books and parchments into the River Tigris in the 13th Century, such that the river literally ran “black with ink”.  It’s another rock-laden tune that also showcases the voices of Nick, Rikard and Carly. Filled with traditional ’70s elements seamlessly set alongside modern prog, this could easily become a fan favourite, particularly with the end coda that is as symphonic as one can get.

Dandelion Clock, a story about the passing of time, is a beauty. Again, I encourage you to look at the Common Ground microsite to read Greg’s heartfelt views about the song. David’s vocals are beautiful as usual and it has a quiet, peaceful rhythm to it. As Greg so deftly says: “It’s here, then it’s gone”. It is a perfect closer to what could be seen as ‘Part One’ of the album.

Piano piece Headwaters is the instrumental opener to ‘Part Two’.  It has a direct linkage to the final track on the album, Endnotes, effectively book-ending the remaining tracks. This is what the band are so gifted at, looking at album creation as a whole, without necessarily creating a concept album. Rikard explains that he used Endnotes as the basis for writing the song and it segues perfectly into Apollo, an instrumental like no other and an album highlight. Created in the main by Nick to showcase the instrumental talents of the whole band, individual solos abound; there’s flute, violin, keys, guitars, all to the fore at the appropriate time. Rikard’s solo is stupendous (in contrast to his delicate Headwaters), and the brass is true to the signature BBT sound with a final super-prog closing section. Nick describes the image in his head of the crowd on their feet, arms in the air consuming the atmosphere of the song. I can see it now… akin to the “She flies” moment in East Coast Racer. It’s epic – play it loud!

Common Ground‘s title track was the first song released as a single. David unashamedly describes it as a love song and the coming together of people in difficult times. The lyrics are very much in the present day, as opposed to the more familiar BBT trademark of writing songs about major historical events or figures. Again, it is a hugely upbeat and heartening song, filled with hope, glorious vocals and bendy guitar solos, all overlaid with violin. It’s a true singalong.

The penultimate 15-minute track is Atlantic Cable, story-telling at its very best (in this case about the laying of a 3,000 mile communications cable across an ocean) which fits easily with the overall theme of Common Ground and coming together. Greg describes that he likes to have subject matter as a focus for song-writing and he had recently discovered Stephen Roberts’ book Webster & Horsfall & The Atlantic Cable; it proved to be the inspiration he needed. There are many varied musical passages throughout that are the trademark of BBT; delicate piano and flute, fast and furious low synth and organ solo from Rikard and guitars from Dave Foster, exceptionally difficult drum parts from Nick (I recommend you look at the short video he made to illustrate the challenges faced by even the most gifted of musicians), bass pedals from Greg and harmonious vocals from all.

As with most gifted and experienced bands, they look for the killer closing track, the one that makes you feel utterly fulfilled and wanting to cue it all up again.  Endnotes is that sumptuous album closer, slowing the pace right down. It returns us to the familiar quintessentially English rock-folk of which BBT are the masters, emotions flowing like “driftwood break(ing) free on its way down the river to the sea”, buoyed, of course, by the classic BBT brass band. It’s genius creativity.  Brass band, David Longdon’s vocals supported by the whole band; probably the most uplifting thing I’ve heard in months.

No review of a BBT album would be complete without a shout-out to the mixing by Rob Aubrey. He really is another embedded member of the band and he has crafted an exceptional work of art based on the creativity of the band members; he must now be the ‘go-to’ mix and mastering man. I also make special mention of Sarah Ewing who has, yet again, produced album artwork worthy of any modern art collection. The whole package is glorious.

Big Big Train can do no wrong and their followers must be growing in number exponentially; this album will certainly continue that trend. Do not miss them on their UK tour in March 2022 (with US dates to follow). What are my stand-out tracks? A difficult one, because this is another supremely accomplished album. I guess it has to be Apollo (I’ve always been a glutton for instrumentals), Atlantic Cable (for the strength in story-telling) and Endnotes (many a grown man will be reduced to ‘a pool of bubbles and tears, just a pool of tears…’).