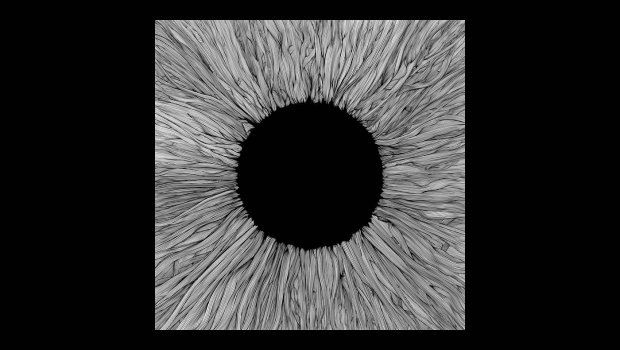 In February 2015, Danish band VOLA released their debut album, Inmazes. It so enamoured the admin of a Facebook prog page I followed that he posted about the band for weeks on end, urging everyone to give Inmazes a listen. The album was self-released and ‘Name Your Price’ on Bandcamp. I succumbed in April, but it was immediately clear I was no fool. Inmazes was an incredible slab of sound, playing both beauty and the beast. Melodic Meshuggah? Djent Depeche Mode? It came as no surprise when it was picked up by a record label and re-released the following year. I’m not one of those people who get upset when a band finds success, and I really enjoyed seeing the deserved attention VOLA was starting to get. Fast forward a couple of years, and there was quite a buzz, before the release of VOLA’s second album, Applause of a Distant Crowd. This album seemed to be quite a Marmite album for many, different enough from the debut, that people seemed to love it or hate it.

One of the greatest changes in VOLA between the two albums wasn’t the sound, per se, so much as who was making it. The band had a change of drummer, with Adam Janzi taking over the sticks from Felix Ewert. His presence was perhaps understated due to what some people considered the lightweight nature of Applause of a Distant Crowd compared with Inmazes. Personally, I’d go with uplifting, rather than lightweight, Applause… often being unabashedly upbeat. Regardless, it meant a direct comparison of drumming styles wasn’t as simple as it might otherwise have been, but to me ears, Janzi was a beast. You can’t djent without technical polyrhythms, and I loved what I heard from him, but with almost Gilmour-esque guitars at times, along with the expected massive choruses and vast synth soundscapes, it felt like Janzi never quite had the chance to really show his chops.

And so we reach 2021, and third album Witness, which quite simply blows away everything that came before. Before it’s release, VOLA had promised a return to a heavier sound, but Witness actually takes the best aspects of both previous albums and blends them together in a spectacular burst of synergy. Witness is most definitely greater than the sum of its parts, and will be a very hard album for VOLA to follow. Any thoughts that the band might have lost its edge, as some claimed after the release of Applause… are swiftly evaporated when the bass and drums kick in – and this is definitely the album where Janzi gets to show his chops and prove he is the best drummer VOLA has had. Nicolai Mogensen‘s thick bass riffs are mean as ¥&@#. But as he has been from the start, the star of the show is the beautiful melodious voice of Asger Mygind. He reminds me a little of Arnór Dan (of Agent Fresco) or Einar Solberg (of Leprous), but doesn’t really sound like either. His vocals soar over the music, bringing a levity, no matter how dark and heavy it gets.

The only other original member of VOLA is keyboard player Martin Werner, and it’s the atmospheres he creates that really make VOLA something different. No matter how wonderful Mygrind’s vocals are, no matter how chunky Mogensen’s bass is, no matter what a monster Janzi is, VOLA would lose a lot of their magic without the keys. With hard hitting and intricate drumming taking off in odd signatures, and the bass and guitar driving the songs forward in syncopated strikes, it is largely up to Werner to carry the melody, often taking the lead while the guitar djents along with the drum and bass (Mygind again, who has been the sole guitarist in the band since 2012). After a heavy hitting one two punch from Straight Lines and Head Mounted Sideways, there is a slight reprieve with 24 Light-Years.

The next track, These Black Claws, is going to be the one everyone talks about. It’s a collaboration with Dutch hip hop duo Shahmen. There has always been an electronic aspect to VOLA’s sound, and honestly for me this isn’t too greatly different. I expect that many may not find this collaboration to their taste, but I love it, and it’s easily one of my favourite songs on the album. The hip hop sounds mesh easily with the progressive djent, and it works better than any Korn-style nu-metal (who never managed to combine hip hop and metal as well as VOLA and Shahmen have here). I mentioned Depeche Mode earlier, and that’s because when I first heard Inmazes Depeche Mode was the first band that came to my mind. But, apart from the hip hop, These Black Claws is probably the closest they’ve come to sounding like Depeche Mode – or, at the very least Ulver in Assassination mode.

Changing direction completely, Freak is a beautifully soundscaped ballad. It’s pure pop and it’s gorgeous – and it surprises me how much I love it. Napalm, despite the title, begins as if it is going to be more of the same – before turning and churning into a song that wouldn’t be out of place on Applause of a Distant Crowd. If you weren’t a fan of that album, you probably won’t be such a fan of this song, but if you were, it’s another great wee tune. Future Bird is heavier, but still has an Applause… vibe. What these two tracks do, though, is really show how far VOLA have progressed in the mastery of their sound. Everything about Napalm and, especially, Future Bird is richer and fuller than the previous albums. The many layers of sound are more nuanced and balanced. The album ends as it began with two heavier songs. Everything about the album is spot on: the composition, the performance, the production, the sequencing. As I said earlier, Witness blows away everything that came before. Only one question remains: How will VOLA ever follow this? 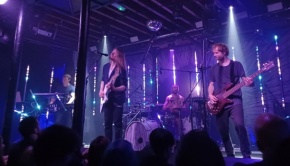 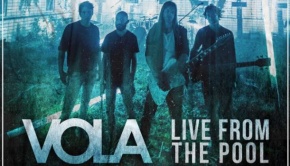