Just when bands could see the light at the end of the tunnel with the planned lifting of restrictions on 21st June, the light was dimmed until 19th July. At the time of writing, one can only hope the light won’t be extinguished. Solstice was due to headline at the Prog For Peart festival on 2nd July, but now it’s going to be on 13th August…

Consistent with the original plans, the final rehearsal and a ‘private view’ was planned for 27th June. Was this to slip too?  Hell no… it goes ahead, well within the Covid provisions, and it turned out to be a real treat. So good, that it even got an immediate barnstorming review from the eminent Martin Kielty for Prog magazine within hours of the final note being played.

From a personal perspective, it was a huge privilege to have been invited to attend not only the ‘secret’ gig, but also the final rehearsal beforehand. What was abundantly clear was that the band is absolutely gig ready, and I was left with the overwhelming view of a natural gelling and understanding of how each band member relates to their band mates. It was almost too casual in rehearsal, some milling about on stage, Andy Glass might play a note or two, Steven McDaniel would tinkle the ivories a bit, a hi-hat would sound from Pete Hemsley and suddenly Shout would be in full swing and on point; thundering bass from Robin Phillips, urgent fiddle from Jenny Newman, and great vocals from Jess Holland and her harmonic backing singers. Has she found her feet in the band? She sure has. 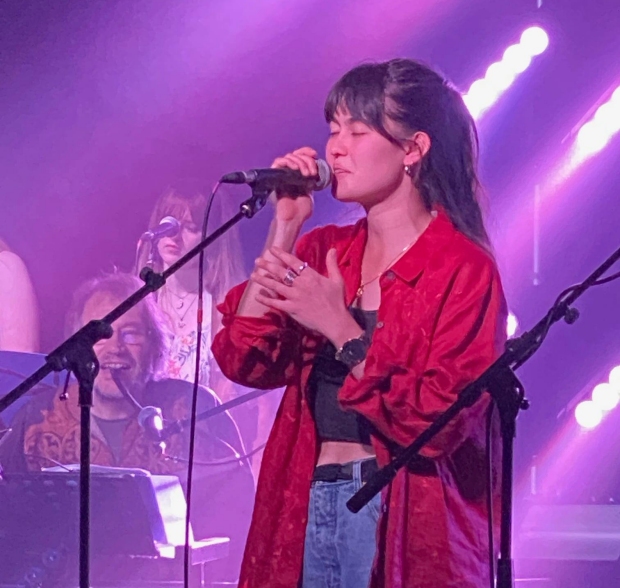 How do they do it? Consummate professionalism, that’s how. Of course, one gets the immediate confirmation that the band is led with huge aplomb by Andy Glass, and the band responds perfectly. It’s obvious that they very much enjoy the music they make, and they want the sound to be perfect. To do that, each works closely with the sound engineer to fine tune their best performance; each requesting a bit more of their part to the fore, a bit less of the rhythm section, and vice versa. And even then, it is evident that each band member is concentrating keenly on the performance of their band colleagues to ensure the coherency of the whole. 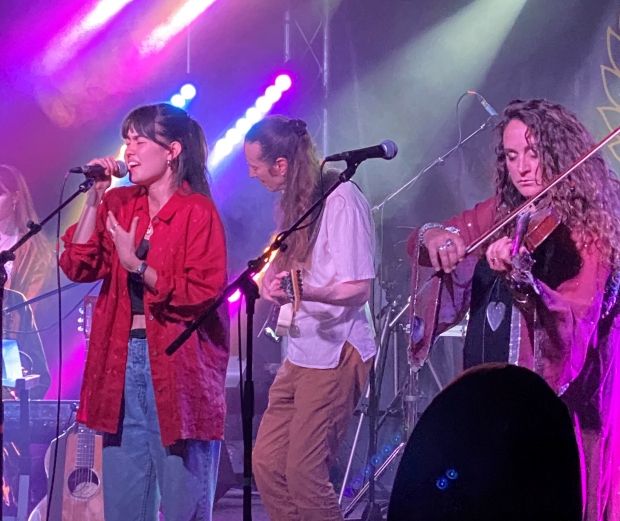 This is clearly a show to promote the recent album, Sia, and nearly every track gets an airing.  But it’s so much more than that album.  Solstice has quite a back catalogue, and the band support their newly found Sia trajectory with some older material. What did Phil Collins used to say at Genesis gigs? “We’re going to play some old toons…” [crowd roars] “…and some really old toons…” [crowds roars louder]. And what they achieve in a tight 100 minute set is a well-rounded gallop through their history. Indeed, every studio album is represented, going right back to 1984’s Silent Dance.  The set opens with the intro to Sia, before getting into its stride with Shout. It’s a hugely energetic piece to start, the first of many glorious guitar solos, and it displays a supreme confidence by the whole band, given this is the first live performance with this line-up. Did Jess have debutante nerves? Absolutely not! It’s a brave move to start the gig with a 13-minuter too. The socially distanced audience loved it.

Before the audience can calm down, the show cleverly book-ends Solstice’s career with Find Yourself (from Silent Dance, also featuring as a Steven Wilson mix on the 2013 album, Prophecy, that gets a release on vinyl for the first time on 16th July – it’s a must buy!). A true delight with memories of nearly 40 years ago, featuring Jenny’s beautiful fiddle and Jess sounding uncannily like the original album singer, Sandy Leigh. Seamlessly into Love Is Coming, the audience is immediately drawn by Steven McDaniel’s haunting melodica. It’s a captivating song, leaving more than a few in the audience wiping away a tear.

For many years, Robin Phillips (bass) has been requesting that the band add Guardian to the set. I, for one, last saw them play this probably 35 years ago, and it was a huge crowd favourite then. What memories it holds, and then Andy’s signature guitar solo takes hold, causing jaws to drop. “Better than Steve Hackett…”, one wag shouts out. He’s right, you know. Honestly, you do not want to miss this. Two more tracks from the latest album are aired, both beautiful and faithful reproductions from the album. Is that a good thing, when the band so obviously have the talent to improvise their studio work? Well, when something is this good, why change? 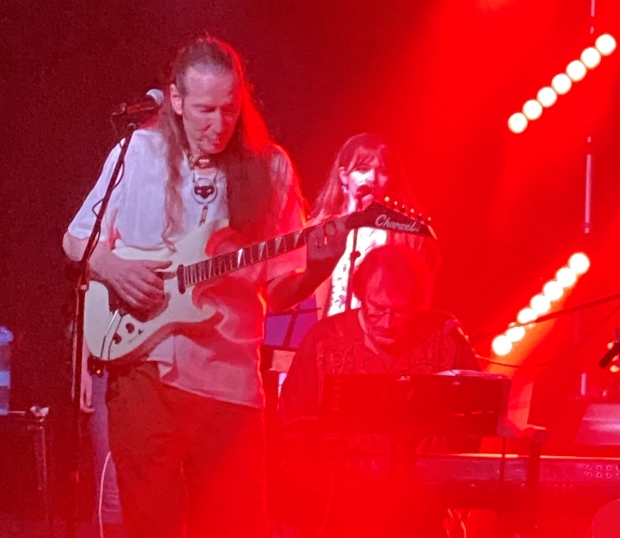 A return to Silent Dance as the band breaks into Cheyenne, but this time the reimagined version that Andy Glass always longed for and included on Sia. Jess Holland’s vocals are tonally perfect, with gallons of delay bringing huge atmosphere into the room. The main set is brought to a close with the final new track from Sia, and the one that has probably received the greatest acclaim from the band’s fans and supporters, A New Day. It’s another lip-trembler with epic performances from the entire band, promising to be a new sure-fire crowd favourite and a glorious emotional end to the show.

But it’s not all over; the band return for two more, Sacred Run from 1997’s Circles, currently a favourite of Jess Holland’s, showcasing the lovely harmonies of the backing singers, and Morning Light, from 1992’s New Life. The latter was traditionally a powerful set opener and a favourite of mine, and I am delighted that it has been retained; it works just as well as a set closer, leaving everyone (band and audience) on a huge high. 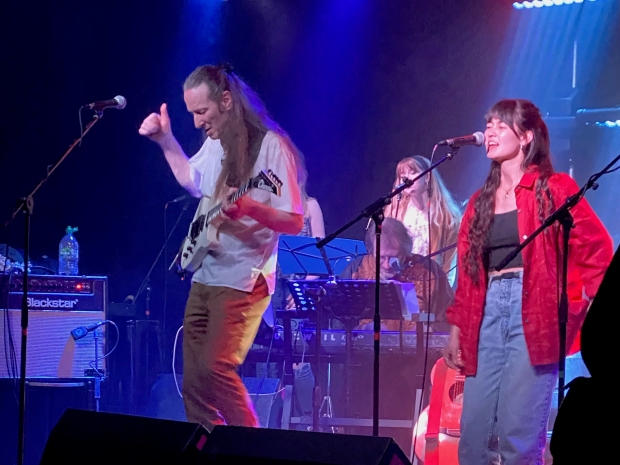 Honestly, this is a show that ought not be missed. Hugely appealing to old and new fans alike, the band is cementing its claim as a Prog favourite and their trajectory is ever upwards.  After headlining Prog For Peart on 13th August, they get a prime slot at the Faversham A New Day festival on 21st August, then The 1865 in Southampton on 22nd August, before returning to The Craufurd on 4th September.