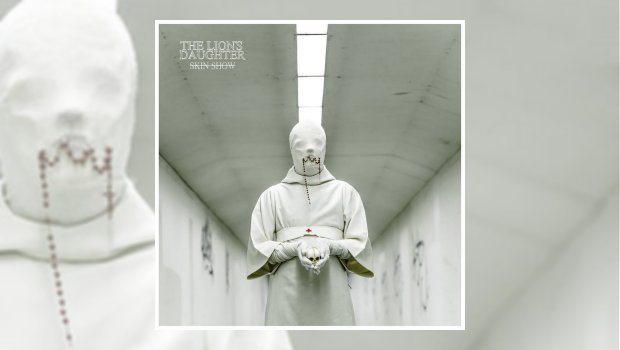 Not too long ago, The Lion’s Daughter were recommended to me as something weird enough that I might like them. I guess I’m known for liking weird things, but I gave their album Future Cult a listen, and was quite impressed with what I heard. The band’s futuristic take on black metal reminded me of the sci-fi black metal of Progenie Terrestre Pura. I put the band down as one to explore further at a later time, but not too long afterward, the latest album from the band came up for review. It seemed to be fate, so I put my hand up for it – and I’ve been battered and bruised, and generally crushed and abused since. This is a nasty album, in a way that keeps me coming back for more. It’s brutal and seedy and deviant, cruising down black alleys in a red light district, but beneath the seedy exterior, there’s a lot of interesting music being made.

The band’s Bandcamp mentions John Carpenter, and while I can understand why in terms of horror soundtracks, the band that The Lion’s Daughter remind me of most are Goblin – and I would be very surprised if Goblin have not been a big influence on their sound. Admittedly, it’s Goblin as played by Nine Inch Nails or Faith No More, but there’s still a goblin or two in the cellar, creeping about and ready to put a shiver down your spine. While there was a mix of synths and black metal on Future Cult, hearing how they have been used on Skin Show makes it almost sound as if Future Cult was experimenting with the sounds, and Skin Show has perfected the sound. The synths are so well used, and are so much more effective, and affective, too. The textures and tones they add are integral to the sense of horror, menace and foreboding, and occasionally have my hairs standing on end.

The one handicap I found was the vocals, and these will put some people off who would otherwise enjoy the music. I have developed a tolerance for harsh vocals, even though I still don’t particularly enjoy them – and the vocals on Skin Show are only just on the right side of the line for me. They are a continuous assault, with no reprieve or respite. Actually, that might be laying it on too thick, as there are some extended instrumental passages at times that do allow me a breather. It’s not just the harshness of the vocals either, so much as the contrast they occasionally bring. A little like the presence of Aaron Turner on Pharaoh Overlord’s 6 (which I reviewed last year, and which ended up one of my favourite releases of 2020), they almost sound a mismatch for the music. But, as with Pharaoh Overlord, that sense disappears with further listening, and the vocals and music seem such a perfect and natural fit to me now, it seems strange that I might ever have questioned them.

And it has to be said that although I find the harsh vocals quite wearing, the music is addictive. I find myself coming back for more, even if I know it’s not particularly good for me. Actually, I think the vocal onslaught works, because the album is like a slasher film that one enjoys because it causes discomfort. No, I take that back. This is a horror film, but it’s far more exploitative and provocative. This is closer to the realm of The Human Centipede. Except I can enjoy this a lot more, and I’ve listened to it more than once. There is definitely a sense of unease and ambiguity about the lyrics and music, though – which is echoed by the creepy cover art. There’s nothing really to say that the person on the front cover is evil, but you probably wouldn’t want to encounter them.

The interesting thing about Skin Show is that for all its aggression and abrasiveness, that aforementioned ambiguity is always there. There’s no clearly defined black or white – it’s all grey, leaving the listener as a voyeur caught somewhere between being enticed and repelled, equally attracted and disgusted. And I guess it depends which end of the spectrum you err towards will leave you either turning tail and running, or coming back for more. For me, the synth arrangements alone are worth returning for, providing subtle (and sometimes not so subtle) accents that can completely change the atmosphere of the piece they appear in. And there really is a great deal of atmosphere in Skin Show – more so than in almost any (so-called) atmospheric black metal you might have heard. The tension is palpable and gripping.

As unpleasant as The Lion’s Daughter may want their music to sound, apart from those vocals, Skin Show is an incredibly catchy, accessible and engaging album, filled with nuance and variation that Future Cult lacked in comparison. Like any good horror film (or horror film so bad that it’s good), Skin Show keeps you hanging, wanting to hear what’s around the corner – even when you know that might not be a good idea. The Lion’s Daughter is definitely a band that exists outside my own comfort zone, but sometimes you have to be willing to take a risk. I can’t get enough of this strange and perverse, sludgy synthwave. And given how improved the synths are from Future Cult, I honestly can’t wait to hear what comes next. If the next album is the same step up from Skin Show, as this is from the previous, then it is going to be magnificent.