“We have long found our sound”, says Mark Jansen, “but within that sound, there is lots of room for evolution. We always try to reinvent ourselves, to bring in refreshing elements.”

I admire the clarity of vision that Mark (founder, guitarist and harsh vocalist) possesses. Most musicians spend the early parts of their career in search of their definable sound, Mark knew the sound he wanted to achieve right out of the gate and has spent the last 25 years perfecting the vehicles to achieve it. When the direction of his first band After Forever started drifting afield of his vision, he left and formed Epica and picked up right where he left off. It took a few albums and a couple of key line-up changes to get the perfect balance between the extreme metal nucleus and the symphonic/choral outer layer. By their fourth album, the breakthrough Design Your Universe (2009), Epica was sounding dangerous – in the best possible way. 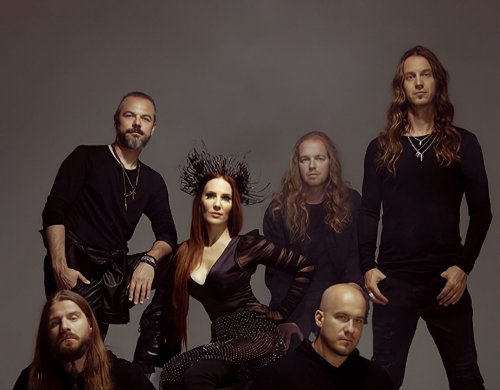 Over the following decade, Epica continued to refine and expand their sound, touring incessantly and building up a devoted fanbase. The rise in stature allowed for increasingly complex productions, graduating from synthesised strings, to small chamber groups and eventually full orchestras and choirs. Omega is the concluding chapter of a trio of metaphysical concept albums that began with the well-received The Quantum Enigma (2014) and the science-fiction themed follow-up The Holographic Principle (2016). As artistically successful and popular as those records were, Omega takes another step forward for the band and is arguably their most cohesive to date.

Working again with producer Joost van den Broek, he arranged for the group to gather together for a week-long writing camp, the first time after many years of writing separately. I believe this improved the overall focus of the album, resulting in a tight, punchy collection of songs that can easily be envisioned as live set-openers or encores. Joost also handled the complex mix, what he achieved is a technical marvel, dynamically rich and balanced with every band member, orchestral element and voice distinct and powerful.

The first thing that springs to mind when listening to a song like Synergize – Manic Manifest is how much fun it is. Epica has reached that point in their career where the seasoning and experience has led to supreme confidence and swagger. They’ve mastered their game and now they’re just having a blast being badass. This song qualifies, from the opening bouncy groove of the verse and Simone Simons’ commanding lower register delivery it drips attitude. It then cranks everything up several notches in a blistering brutal section that marries blast-beats with Simone’s soaring classical voice floating over top. That’s a nice addition on this record, Simone is singing over more of the heavier parts of the songs and subtly experimenting with new approaches. Isaac Delahaye gets more guitar solo spots on this album and there’s a particularly nice one here followed by a tasty breakdown section featuring the band and the orchestra.

Omega has a playfully dark vibe that runs through a lot of the material, coming to full fruition on the heavier tracks. The Skeleton Key is a cooly creeping menace with Simone taking a dark, slinky approach to the verses which contrast perfectly against the choir and Mark’s monstrous growls. Epica always excels at mixing Eastern scales and tonality into their songs and Omega contains prime examples like the crushing Seal Of Solomon and Code of Life, which is an album highlight. Here they bring some ethnic instrumentation into the orchestral mix in a striking introduction and then the driving Arabian Nights-themed riff, the uplifting chorus stirring enough to inspire a legion into battle. 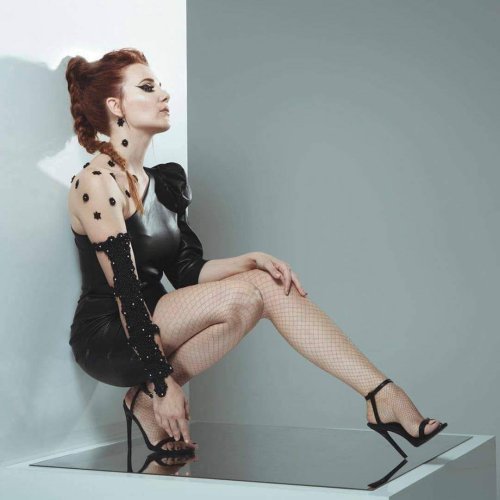 My personal favourites on the album include the two sprawling progressive epics with the hyphenated titles; Kingdom of Heaven part 3 – The Antediluvian Universe and Omega – Sovereign of the Sun Spheres. These two tracks comprise roughly twenty minutes of the run time but breeze by in what feels like a third of that. Kingdom of Heaven is split into three parts, each more entertainingly intense than the last. At its core it’s a feature for the band to stretch out on, and they respond with an array of dizzying technical shifts, inventive riffs and solos. Coen Janssen even takes a keyboard solo and a trade-off with Isaac, which has to be a first in the Epica catalogue. These two songs feature the most extroverted metallic segments on the album, but also a refreshing amount of experimentation and introduction of new sounds into the Epica playbook. The most impactful emotional moment on the album comes via the lovely understated ballad River, which is Omega’s sole low-key moment and a powerful feature for Simone, a refreshing respite from the surrounding intensity.

Omega is a joy. It’s an immense, sprawling monument to audacity and purposefully artful excess that harkens back in spirit to the art rock of the ’70s, but with a thoroughly modern, cocky demeanour. A rousing, meticulous construction by a band of serious musicians who don’t make the mistake of taking themselves too seriously. Epica has thrived by being true to themselves and keeping the focus on entertainment, Omega is their most accomplished, assured release to date and I expect their ascent to continue.