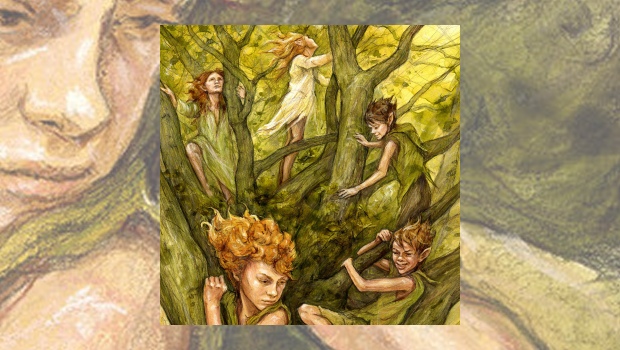 Duke 72 is a Scottish/Australian collaboration, brainchild of guitarist Justin Lumsden and drummer Jonny Mitchell, conceived, written and performed during a nine hour session in Glasgow. The Mid Shires Herald does not feel rushed, it has that carefully put together feel, which is a great skill considering its short gestation, and will be released through the excellent Bad Elephant Music.

Looking at the striking cover art, “5 of Wands” by Julia Jeffrey, you could be expecting something with an English folk-tinge, but no, we are treated to an exciting mix of psychedelia with a funky feel and touches of the Canterbury scene, providing some great music which at time is reminiscent of Seventies space rock. With nine tracks spread over a pleasant album length of around thirty-seven minutes, the Duke 72 experience is further enhanced by an impressive list of guest appearances, including Justin’s Big Hogg colleagues Ross McCrae and Sophie Sexon, and Lavinia Blackwell (ex-Trembling Bells). The album was recorded at Anchor Lane Studios by Luigi Pasquini, who also mixed and produced with Justin Lumsden, and mastered by Daniel Bowles at Seren Sound Studio to create a very fine sounding album.

The Mid Shires Herald is an intriguing listen that captures the musical spirit of the early Seventies really well, but it still manages to retain a freshness in the sound. The standard of playing is excellent throughout, we are treated to some bright chiming guitar with some edgy touches, and the harmony vocals stand out, along with some great drumming. The addition of trombone, flute, Hammond and piano further enhances the sound, the album having an overall immediate sound, bright and accessible to draw you in to their musical world. Repeated plays reveal more to enjoy within the sound.

The album starts off with Weekend By The Sea, an energetic, bright song which has a slightly loose feel, but his gives way to some tight, funky and addictive grooves as the album progresses, hitting their stride by Rust And Stars. The funkiness reaches its peak on Evil Genius, with things bubbling along with funky runs and some Captain Beefheart-like vocals. The track Isadora starts with almost Neil Young guitar stylings, and it is this that hooks you in as the song just grooves along.

An album well worth investigating, bright, sometimes mellow but always very interesting, well constructed songs played with enthusiasm to create an excellent listen. Despite some retro or vintage leanings in the songs, they still retain a fresh and modern feel. If this project moves forward it will be interesting to see where they will take it next.