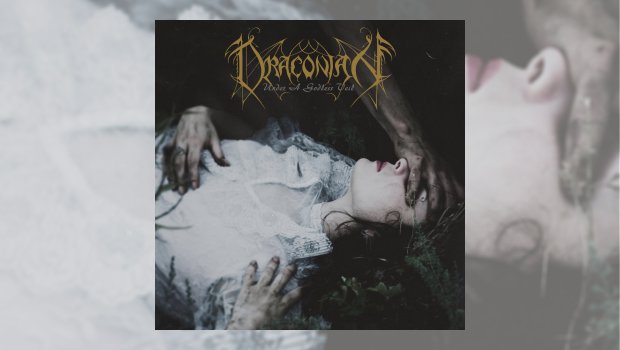 Draconian – Under A Godless Veil

Draconian’s journey to Under A Godless Veil has been a long one. Johan Ericson (guitarist, composer, producer) and Anders Jacobsson (vocals, lyricist) formed the group in 1994 when they were still teenagers and then spent the next nine years moulding the band, recording demos and working toward securing a record deal. Their debut album, When Lovers Mourn, finally arrived in 2003, and while their primary influences were definitely evident – the UK death/doom scene (Paradise Lost, My Dying Bride), ’80s Goth (Fields of the Nephilim, Sisters of Mercy) and Swedish progressive metal (Opeth, Katatonia) – their long-gestating sound already had a distinctly personal, deliberately emotional core. With each successive album, Draconian kept their focus inward and continued on a path of subtle refinement of purpose. Unlike many bands who feel pressured to continue adding more and more layers for inspiration, Draconian has been methodically paring things down to find the essence. 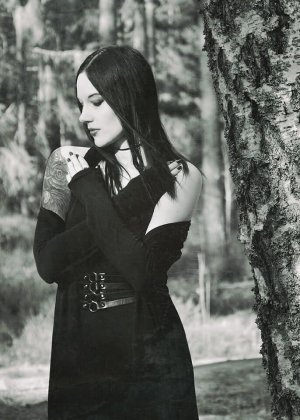 The most significant change in the make-up of the group occurred when original co-lead vocalist Lisa Johansson abruptly resigned in 2011 just a few months after the release of their A Rose for the Apocalypse album. It took nearly a year to find a replacement, but the arrival of Heike Langhans has proven to be a sea-change for the group. Her haunting, folk-inspired delivery is so emotionally raw, yet so warm and inviting that it immediately added infinite layers of depth and weight to the compositions. Their first album with Heike, the excellent Sovran (2015), demonstrated how impactful her arrival was. Lisa had been a fine vocalist, but her more studied, classically-trained style is kind of the norm for metal bands that go for the dual-lead harsh vocalist/classical singer approach. Heike’s distinctly personal sound is a more natural fit for Johan and Anders’ melancholic songwriting and makes for a more emotionally resonant blend with Anders’ impassioned roar.

As excellent as Sovran was, Under A Godless Veil is Draconian’s magnum opus. The band made productive use of the long space between albums to craft a vehicle that truly takes advantage of the power and subtlety of their new line-up. It doesn’t take long for the album to cast a spell, in fact, only seconds into my first listen to opening track Sorrow of Sophia, I was riveted. It’s the type of record that is all-encompassing, it creates a distinct sonic atmosphere and then deftly maintains and expands upon it for the full 62-minutes. While lyrically it could be termed a thematic concept album (with the subject of Gnostic mythology), I think the more accurate designation would be a tone poem, the mood it creates is so strong it almost feels tangible. While that overall vibe is melancholic and at times anguished, it’s not depressive; not blackness, but light cracking through the dark.


The maturity on display in the songwriting and arrangements on Under A Godless Veil is a testament to spending 25 years honing your craft. There aren’t any superfluous elements here, nothing extraneous applied, just exactly what is needed to create the desired effect. Johan has eschewed most of the overused genre trappings (orchestral pads, synth washes, Mellotron) in favour of very specific, uncomplicated arranging touches that allow the compositions space to breathe and develop. I’m especially fond of the use of an EBow on the melody guitar lines throughout the album, taking the atmospheric role usually assigned to keyboards or strings; it’s such a simple touch but incredibly effective. And when they do apply additional instrumental elements into the songs, they’re used sparingly and purposefully; the lovely string-section bridge in Sorrow of Sophia, the Hammond organ in The Sacrificial Flame and the synth-driven darkwave of Burial Fields as examples. The production of the album is just as carefully designed, the soundstage is massive and wonderfully dynamic, with an impressively detailed mix and mastering by Karl Daniel Lidén.

In essence though, the most important ingredient on Under A Godless Veil is passion, it’s powered by it. These yearning tales of searching for meaning in a modern world, seeking the true self buried underneath dogma, striving for the infinite; they are obviously deeply felt and painfully personal and that adds gravitas to the album that cannot be faked. Whether it’s the delicately balanced contrasting duets of Anders and Heike on tracks like Sleepwalkers and Lustrous Heart, the ferocious funeral dirge of Moon Over Sabaoth and The Sacrificial Flame or the delicate ballad Night Visitor, that passion is palpable. There isn’t a single misstep on the album, it’s sequenced so it slowly builds in intensity as it progresses, saving the epic power of tracks like Claw Marks on the Throne and Ascend Into Darkness for a stirring finale.

As a whole, Under A Godless Veil is a moody masterwork, a definitive statement by Draconian and truly deserving to be heard by a wider audience. It’s an old-fashioned headphone album, one that beckons you to close your eyes and venture forth into the amorphous dark. Surrender to it. 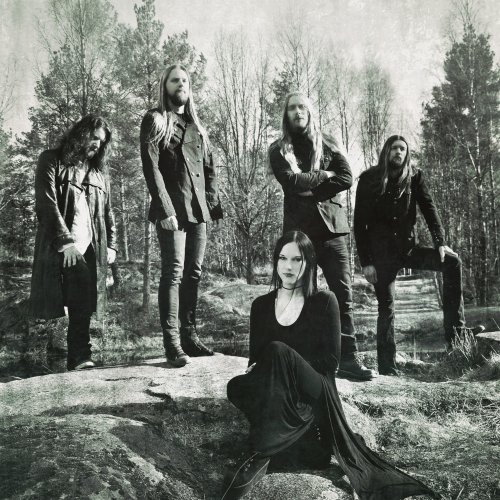