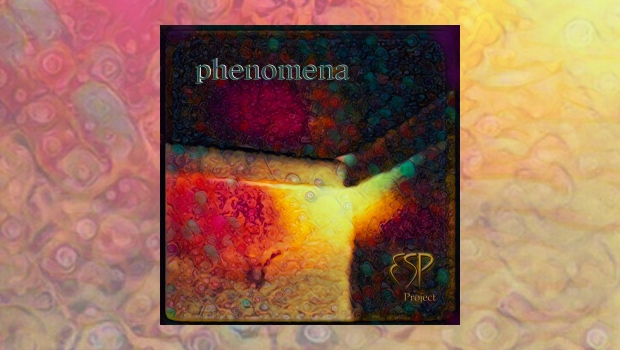 In 2019 I had the unexpected pleasure of reviewing The Rising by Tony Lowe’s ESP Project: unexpected because at the time, I knew nothing of the band or its history, but a delightful pleasure because I quickly fell in love with a musical experience that is luxurious in its elegance and totally absorbing in the richness of its creativity. It never strays far from my player.

A year later and ESP Project is back again, this time with a fifth studio album, Phenomena. Cheryl Stringall’s gorgeous artwork not only provides comforting reassurance of Lowe’s unwavering dedication to the exacting quality of all aspects of the overall production, but also supplies a glorious visual feast which teases and intimates what may lie within. The beautiful rendition of that cover on the CD itself tantalises further when removing the CD from its spindle reveals the words:

“Appearance in perception / as different / from its ‘real’ nature”.

Before even a note is heard, meticulous care and attention has been directed toward shaping your expectations of what is to come. There is nothing contrived or affected about this: what these initial signposts are signalling is how best to approach – and consequently experience – what you are about to hear; taking time to appreciate what is being set up at this stage helps you to savour what is about to come a little more deeply.

The opening notes provide similarly comforting reassurance; luscious musical landscapes brimming with rich symphonic layers, deep melodic harmonies and exquisitely crafted sound stages draw a thread of clear and organic continuity with The Rising. Yet what quickly starts to dawn is that this is no exercise in imitation. The captivating musical momentum which flowered as the crowning triumph of the previous release is now the bedrock from which the new album emerges, builds and evolve.

What is immediately striking is that this is an album directly woven from the fabric of moods. Opening track First Flight artistically plays with textures in order to create moods. By continually rotating various instrumental combinations, a tapestry of nuanced variations and graceful variations swell into prominence. Damien Childs’ light, soaring vocals mirror the swell, pleading, gently exhorting and entwining with the instruments to provide additional textures. Layers of keyboards nestle and embrace the spacious stage.

Living in the Sunrise emphasises again the centrality of moods as the basic building blocks of the album. Instrumental interaction, combined with unusual, even unexpected chord sequences, lead to arresting progressions whilst retaining essential connections. From the initial gambit, an insistent drum beat establishes itself, supported by swelling keys from which a dominant guitar sequence pushes the momentum along and builds to a crescendo. But the pace changes again to create a mood more sonorous, developing yet again as uplifting vocals re-emerge to the celebrate ecstasy of beauty.

But this in turn leads us to a second standout feature of this album: moods are fleeting, transient, passing, they shift and merge, are essentially permeable and flexible. Transitions assume much greater significance in this release, both within songs where they create a network of organic bridges effortlessly propelling the music forward as well as between songs where they allow the musical ideas to cross over before new passages blend and grow within them.

Before Saturn Turned Away skips from an initially pacey upbeat rhythm, to slower, gentle, laid back, nostalgic echoes; these transition again to hollow, inky deep vocals which resonate in space – a lonely voice calling out in the emptiness; a new transition abruptly appears, heralded by keyboard chords and synthesiser emphases; which change again with a heavy beat, reinforced by a tumultuous bass, stern, dark and unforgiving.

Fear of Flying contrasts undulating rippling keyboards buoyed up by fabulous bass work carrying a strong rhythm; the fade to a tranquil interlude, a breathless synthesiser lead carries over a modulating Hammond bedrock. Then we are back to the breathless beat before another transit imposes itself, thrashing drums, frenetic bass, picking up the pace to a guitar echoing against keyboards. One final change of pace and mood awaits with a new beat, punctuated, accentuated and a stripped back guitar carried over a chord bedrock to fade.

Lowe’s achievement in playing with this triangle of moods, transitions, textures is to finesse an overall atmosphere which, quite unlike The Rising, is troubling, bordering on disturbing. There is an inarticulate sense of things hidden, lying just out of reach, tangible yet out of sight. Something is ‘there’, not necessarily menacing, possibly melancholic, but fleeting just long enough to be disquieting.

Perhaps, in the end, that is the key to grappling with this album: a sustained wrestling with things which lie beyond what we appear to see, to hear, to feel. The album itself is the living embodiment of its title. Certainly, it is true of all music generally. In the words hidden behind the CD, we hear what makes itself known, but we hear it in our own particular ways. The thing itself forever remains beyond our grasp.

Listening to Phenomena is exactly like that. It is glorious, it is embracing but it is always and forever shifting. You never hear the same album twice. Different things resonate with each listen, emphases shift, different elements and aspects stand out depending on mood, attentiveness and the listener’s disposition. To my mind, this is what makes it a truly absorbing and deeply fascinating album. It invites you to listen, again and again, and in listening to grapple with it as enjoyment passes over to curiosity, passes through to ‘I never noticed that before’ which itself feeds back in to the sheer enjoyment of this wonderful musical experience. It’s a fabulous album which will have you engaging with it across many, many listening sessions. 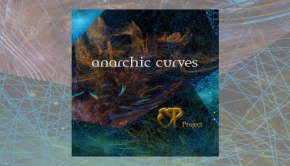