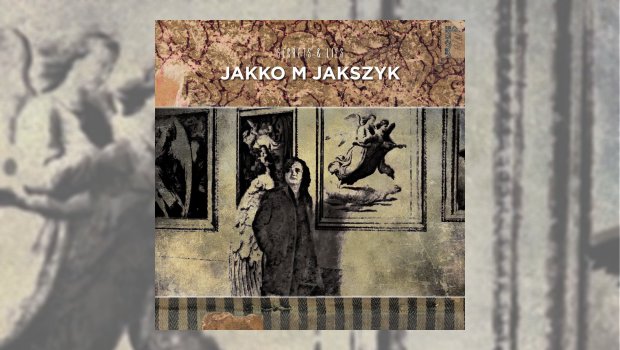 Jakko Jakszyk’s profile is higher than ever at the moment, as a consequence of being, since 2013, the voice and second guitar in a rejuvenated King Crimson. But that is just the tip of the iceberg of a career that has spanned over 40 years and seen him work with Tom Robinson, Pip Pyle, Dave Stewart, Peter Blegvad, Danny Thompson and many others, replace Allan Holdsworth in Level 42 and Dave Davies in the Kinks, front the 21st Century Schizoid Band of Krimson veterans and join Robert Fripp and Mel Collins for the A Scarcity of Miracles album.

He has also released sporadic solo albums, of which Secrets and Lies is the fourth, the title neatly covering the subject matter with songs exploring experiences and imaginings of deceit, of the heart and otherwise. The King Crimson connection is soon evident in opener Before I Met You, initially suggesting Fripp’s involvement, but the guitar is all Jakko, immediately showing his supreme skills, his tasty soloing working well with Mark King’s upfront bass and Gavin Harrison’s crisp drumming. There’s an edginess to Jakko’s voice in a gripping and zesty opener, the booklet offering Jakko’s thoughts and some background for each of the tracks, this one being an intriguing reimagining of virtual adultery from a book read many years previously.

Tony Levin takes over bass duties for The Trouble With Angels, a much calmer affair, his fretless alongside the gossamer lightness of piano and acoustic guitar, circling around each other in a sensuous dance to frame a wonderful vocal from Jakko. As with the opener, keyboard washes fill out the sound in an immaculate production of dynamic space, making for a compelling listening experience.

Middle Eastern rhythms colour Fools Mandate, Peter Hammill stepping in with a distinctive vocal contribution. In collaboration, Hamill added vocals and a lyric about lies to Jakko’s original instrumental piece, Jakko then developing the song into a treatise on British colonial meddling. It has to be said that Jakko’s vocals throughout the album are simply superb, capturing the words and delivering them with crystal clarity and to best advantage.

The Rotter’s Club is Closing Down is an example of this, a heartrendingly beautiful remembrance of Hatfield and the North and National Health drummer Pip Pyle, judged to perfection, delicate and melancholy. The haunting vocal is just sublime, with a smoky guitar solo adding to the atmosphere. Certainly one of the album’s high points, it’s a surprise to see Al Murray pop up on the drums for this one, he also appears in the video for Uncertain Times.

Unsettling Krimsonesque territories return here, Harrison’s drums again working their magic amid angular guitars as Jakko replicates Fripp, Mellotron sounds adding to the atmosphere in a song lamenting the rise of xenophobic populism in the wake of the Brexit vote – “Uncertain times in the land of the blind”. John Thirkell’s trumpet contribution adds much, alongside the multi-tracked vocals.

It Would All Make Sense takes a trio format of Jakszyk, Harrison and one-time Brand X bassist John Giblin, splicing the feel of the previous two tracks into an edgy uncovering of past infidelities that opens out into a thumpingly strident chorus, Jakko again channelling Fripp for the solo.

There’s plenty of variety here, the instrumental Secrets, Lies and Stolen Memories being an absorbing diversion into orchestral territories, created by Nigel Hopkins, hinting at Mahavishnu Orchestra’s more elegiacally cinematic moments circa Apocalypse, Jakko’s guitar weaving magically through the strings. From the unmistakeable soundscaping at the start of Under Lock and Key, Robert Fripp is finally in the house in person, co-writing and forming a King Crimson subset with Harrison, Levin and Jakszyk to perform this reserved and delicate song, akin to the feel of A Scarcity of Miracles. The Borders We Traded expands on this, a duet between Harrison’s low-key percussion and Jakko’s multi-tracked vocals, a song of beginnings and endings, appended by daughter Amber Jakszyk’s instrumental Trading Boundaries, a beautiful and melancholic piano-led Irish folk piece, expanded with low whistles, guitar and keys. Jakko’s son Django also helps out elsewhere on the album

Ramping things up in a song of narcissism, Separation is effectively the current Krimson in sound and in large part line-up, with the addition of Peter Hammill’s backing vocals. From Fripp’s inimitable guitar intro it moves through a brooding piece, coloured by Mel Collins’ saxophone lines, Fripp soloing manically, hints of Level Five rounding the album off in bombastic fashion.

The lyrics throughout are insightful and satisfying, adding rounded scenarios within which the music thrives. The breadth and attention to detail attributed to this album is second to none and the result is nothing short of magnificent. Emotional, yearning, angry, dextrous, it glides through its various textures with ease to produce a fascinating listen, and among the many notable performances, Jakko Jakszyk stands supreme with sophisticated guitar and THAT voice. Excellent.

A delicious album, and not just for fans of King Crimson; Jakko writes songs of depth and imagination, his melodic sensibilities carrying the day, with just the right amount of fiddlyness. Very highly recommended.