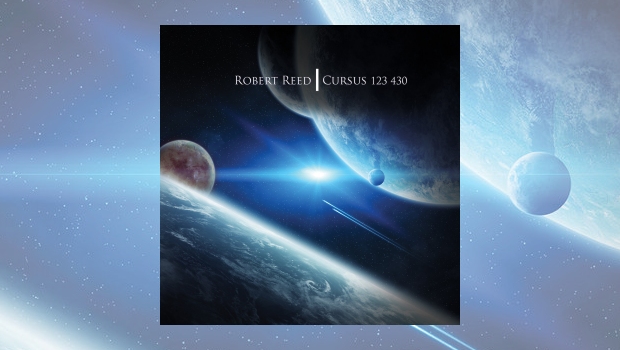 Robert Reed is a musical marvel, moving from project to project with consummate ease and skill, seemingly able to adapt his skills to a range of styles and influences with imagination and aplomb. 2020 has certainly been a productive year for this Welsh keyboard maestro, including the release of classic epic ‘Prog’ sounds of Magenta’s The Masters of Illusion and his excellent collaboration with Steve Balsamo in Chimpan A for their somewhat indefinable but glorious The Empathy Machine. Cursus 123 430 is another fascinating change in direction for Reed as he explores his love of electronic music in a sweeping and imaginative piece with a science fiction feel and theme.

Whilst finishing his latest Sanctuary IV album, Reed felt the need for a break from his usual avenues to ‘clean his musical palette’, as he put it. It appears that Christmas Day when Rob Reed was 8 years of age was a truly momentous year in shaping his musical future. Amongst his presents he received Oldfield’s Tubular Bells which inspired him to become a musician, and which he has honoured with his very ‘Oldfield-esque’ creations in the finely executed Sanctuary project albums. For Cursus 123 430 Reed yet again looks back to that fateful Christmas Day because his brother also received Oxygene by French keyboard master Jean-Michel Jarre, which he borrowed (as all siblings do!) and ‘played to death’. That album sparked off a love of electronic music ever since for Reed, who has referenced Jarre, Tangerine Dream and Vangelis as particular influences, alongside his liking of Depeche Mode, Ultravox and the soundtrack works of John Carpenter. Cursus 123 430 is a remarkable re-creation of the classic synth sounds of Jarre and Vangelis, set within the epic landscapes of Tangerine Dream.


The opening track Erthynge begins the piece with an atmospheric synth wash as the velvet tones of Les Penning’s distinctive voice intones majestically, introducing us to a sci-fi tale which starts and ends at Stonehenge, and is apparently an ecological fable about respecting Nature and Planet Earth. This intro has distinct echoes of Bladerunner, but overall Erthynge is an intoxicating cross fertilisation of the cinematic sweep of Vangelis with the synth rhythms and throb of Jean-Michel Jarre. Of course, Reed could have replicated the sounds of those artists from their late ’70s/’80s heyday with ease using a computer. However, such is Reed’s commitment to the ‘feel’ and authenticity of the sound that he acquired a collection of analogue synthesisers. This results in a sound which instantly evokes memories of older listeners for Jarre’s classic albums Oxygene or Equinoxe, or Vangelis’s late ’70s high point with seminal releases such as Spiral, Heaven and Hell and Albedo 0.39. Stoneborn Watchers introduces a more techno style with a dance oriented approach, embroidered with some unusual, quirky synth sounds. With modern technology and sequencers, it’s probably fairly easy to recreate some of the instrumental sounds of those earlier pioneers of electronic music, but what Reed also manages to do is use those instruments and styles to create memorable melodies which can emotionally touch and stir in turn. The Man of Sight and Feathers interweaves more upbeat dramatic passages with more subtle almost elegiac interludes.

Some of Cursus 123 430 is an interesting mixture of styles whilst some are very clear descendants of their inspirations. The unmistakable serpentine synths and percussive sequencers of Witness would not have sounded out of place on any of Jean-Michel Jarre’s first three albums – it’s actually uncanny. One of the highlights of the album, Stoneglow Warnings pulses in on an oscillating wave of Tangerine Dream-like synths before transforming into a much more sedate and regal coda, introduced by one of Les Penning’s occasional but sparingly used narrative contributions. Stalemate introduces some drums before the piece develops into a far from stale central melody, which is followed by a simple, brief sonic ‘palate cleanser’ of Dust and Flowers in a Lost Eden. The magnificent Gatherings at Farewell Places twinkles and flows delightfully as Reed builds layer after layer of keyboard sounds over an insistent pulse – the echoes of Vangelis’s Albedo 0.39 album are not only echoed by the synth sounds but by Penning’s measured recitation of various ancient sites, such as Boscawen, Silbury Hill and Stonehenge. When that recitation ends, the piece opens up triumphantly with melodic grandeur. The lengthy Erthsheelde finale is more complex but not as captivating – nevertheless, it is an apt conclusion to this sci-fi tale when… but that would be telling!

This is an album which tells a portentous sci-fi tale written by Les Penning of interstellar ‘Watchers’ arriving on Earth through a portal to repair the planet after years of war and industrialisation have ruined the World, and ensuing events. Rob Reed clearly wants to present this as a special multi-media  item as there is a special edition available with Penning’s story turned into a colourful graphic novel adapted by Matt Rooke and Pete Rogers. It is up to the listener whether they want to buy into the whole sci-fi concept of the album and attractive accompanying artwork – some people love that stuff; some are not so keen. Whatever your taste the good news is that this album stands up very well musically on its own even without necessarily having to immerse oneself in the sci-fi tale. Alongside all that material, as usual Reed also presents his album with an additional DVD for a 5.1 Surround sound mix, always worth hearing if you have the equipment. Reed is a big fan of this approach and produces impeccable 5.1 versions.

Some listeners may be wondering whether it is worth trying to obtain the special edition with bonus disc, which is most notable for Cursus – A Symphonic Poem, a nearly 19 minute version of the album in classical music format. All I can say is that if you get the chance just try to get it – it’s lush and simply magnificent! I may even prefer it to the fine main album in some ways. There’s also an interesting ‘Sanctuary Remix’ of Stoneglow Warnings – with Rob Reed it seems you’re never very far away from an Oldfield-style take on things, but this Ommadawn-esque version is genuinely enchanting.

Overall Cursus 123 430 is a remarkable re-creation of the classic synth sounds of Jarre and Vangelis set within the epic landscapes of Tangerine Dream. There is some debate as to whether Reed should be applying his undoubted musical skills to projects that clearly and unashamedly echo and honour others influences. Some may feel that having tapped the Oldfield seam it appears that Reed is now driving his musical tanks onto the lawns of Jarre, Vangelis and Tangerine Dream! It’s up to the listener whether they want to follow Reed’s explorations of these styles. Some fans of the original artists may consider it sacrilege to impinge on their heritage, whilst others may be craving a sound and style those same artists have not explored themselves for quite some time now.

Cursus 123 430 clearly demonstrates Rob Reed’s great love and skill in how he honours his musical heroes, but in using those sounds and styles Reed also imaginatively applies his own undoubted talents for catchy, captivating rhythms and beguiling melodies to put his own stamp on the music.

[With thanks to Pete Rogers for his assistance regarding background information about the album’s concept and artwork.]

TRACK LISTING
01. Erthynge
02. The Hawk and the Harbinger of Doom
03. Stoneborn Watchers
04. The Man Of Sight And Feathers
05. Witness
06. Stoneglow Warnings
07. Stalemate
08. Dust And Flowers In A Lost Eden
09. Gatherings At Farewell Places
10. Erthsheelde
i) Exodus
ii) The Odyssey Of Souls
iii) Erthynge 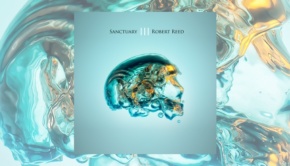