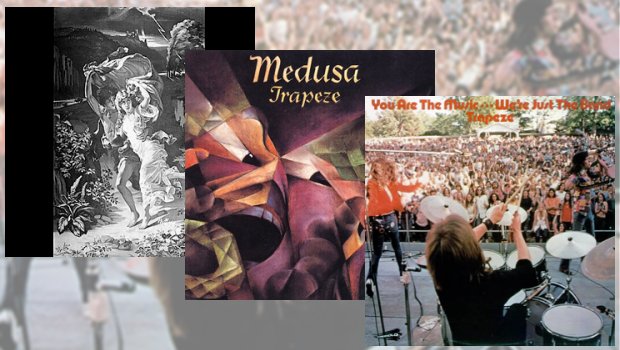 Trapeze – Trapeze / Medusa / You Are The Music, We’re Just The Band

Cherry Red Records are well known for curating remastered and expanded sets from yesteryear, and the latest band to get this treatment to their early back catalogue is Trapeze. The label really does invest time and effort into doing a good job, and this set of lovingly remastered reissues of the first three albums will certainly please fans. 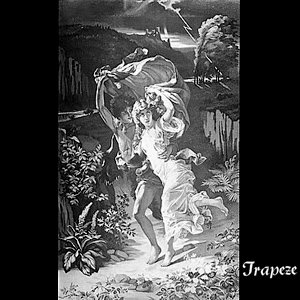 Trapeze were formed as an amalgam of members of two West Midlands bands; Mel Galley, Glenn Hughes and Dave Holland from Finders Keepers, and John Jones and Terry Rowley from The Montanas. They were discovered by The Moody Blues, who were massive at the time, and signed to their own label, Threshold. The debut album was produced by none other than the Moodies’ John Lodge.

Perhaps given that background, it’s less of a surprise how similar the album sounds to the Moody Blues, but given that Trapeze are better known as a slightly funky hard rocking power trio, it’s quite a shock to hear how they sounded as a five piece. It’s also quite a surprise how relatively sophisticated the songs are considering the band’s youth. I certainly didn’t expect to hear Trapeze with keyboards and flute much in evidence, and full of lush vocal harmonies, but that’s how the band sounded. It’s debatable whether having the inexperienced Lodge producing was a good idea or not. Certainly having his name on the credits would add some kudos, but this was his first production job, and it shows. However, it’s a great document of the time, and a pretty good and inventive debut album, full of interest and enthusiasm. The songwriting has a maturity you simply wouldn’t expect, and the singles Send Me No More Letters and Another Day are instantly catchy and could easily have been hits with a bit more luck. The musicianship is also very good for such a young band, and it’s great to hear a band trying to find their feet, and being allowed to experiment by a label willing to take a risk on a new band.

The bonus disc is equally entertaining, although I’m not sure I needed quite so many versions of Send Me No More Letters! Otherwise, we have some demos of three unused songs, and a demo of Seafull which made it onto the second album in different form. They all sound pretty much completed and the sound quality is at least as good as the album proper. If there had been more room on the album, one or two of these compositions could easily have made the final cut. The disc is filled out with three BBC session tracks, and three live covers recorded prior to the album for Colour Me Pop. The quality is slightly rougher for these three, but their inclusion is unquestionably justified for the spirited renditions of such interesting song choices, and for the hilarious introductions by Emperor Rosko. Magic Carpet Ride is a lively cover of the Steppenwolf classic, there’s a more laid-back version of the Fairport’s Meet Me on the Ledge, and then a rip roaring stab at Open My Eyes, Todd Rundgren’s Nazz rocker. Entertaining stuff, with the youthful Glenn Hughes in fine voice, Galley assured on guitar and Dave Holland driving the band on with some fine drumming. 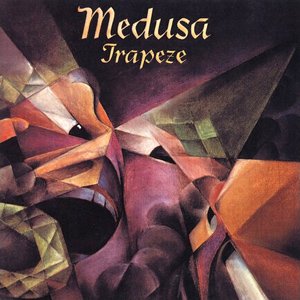 Whilst the debut was well received and the tour supporting the Moody Blues was successful, for the follow up album, a change of direction was decided upon, and quite a seismic shift it was. John Jones and Terry Rowley were out, and Trapeze was to continue as a three-piece in a heavier direction, in line with many other bands at the time, and with Hughes fronting the group. It seems the split was amicable, and the resulting album, Medusa, is often regarded as their creative peak. Again produced by John Lodge, it’s certainly a far cry from the band’s sound just months earlier, and is a muscular heavy affair, although with a slightly soulful, even funky edge, and it has worn pretty well considering it’s 50 this year. The band’s manager seemed to want to push them in a Cream sort of direction, but they sound more akin to Humble Pie to me. Whatever, the songs are direct and memorable, and for fans of Hughes’ voice, this is a gorgeous album, still ranking as one of his finest achievements. He contributes two compositions, Seafull and the title track, and most of the rest were written by Mel Galley with his brother Tom, and it’s a strong collection of material. Black Cloud is a kind of updated Born Under A Bad Sign, with a good sense of light and shade, and is a strident opener. Jury is the longest track, and the title refers to the audiences they faced at the Lafayette Club in Wolverhampton in their early days. They save the best until last though, and Medusa is a dramatic closing piece, alternating between delicate acoustic moments to swashbuckling power chords, Hughes milking every bit of emotion out of his voice.

The bonus material is a mixed bag; the Pop Workshop radio songs are excellent, the live set from Flushing NY is fun, although sound quality suffers a little in places. What shines through though is the musicianship and commitment of the band. Galley proves what an underrated guitarist he was, and Holland plays his heart out despite being a bit lost in the mix in places. Hughes was becoming more and more confident out front, whether prowling the stage with that growling bass or straining the sinews with his amazingly versatile voice. There’s a third disc of further live tracks from ’71, which includes a version of Way Back to the Bone which would appear on the third album, and is a heavy funk work out. A bit distorted in places, but the live atmosphere comes across well, and I’m left feeling slightly disappointed I never saw them at the time. 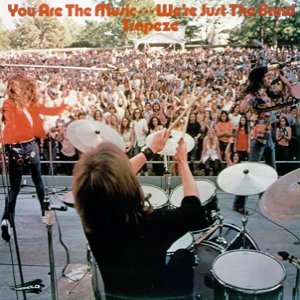 Having toured the US extensively in ’71 and ’72, it’s perhaps no surprise that Trapeze’s third album saw a further leaning towards the funkier side of the band, and a distinctly American influence in style. For my money it’s the best sounding album in their catalogue. It would be challenging to think of a better hard rock/funk album than You Are The Music. Every song is a winner, with the band really hitting their creative stride, and this time, they got a production to fully realise their ambition, courtesy of Neil Slaven. It’s much more upbeat than Medusa, and has an infectious atmosphere throughout, and this remaster sounds pretty awesome. Galley’s guitar playing switches from hard-edged riffing to sweet soloing effortlessly, and his timing is impeccable. Hughes’ bass playing is relentless and playful, and Holland beats the living daylights out of his battered kit. It’s just a joyful album, a band who know where they are going and finding their own niche in a crowded music scene. Stitching the whole sound together is Hughes’ voice. He screams, his falsetto threatens glass and crockery, and then in a heartbeat he soothes with his honeyed soulful tones. Just listen to Coast To Coast which is a fabulous slice of Americana, and Glenn sings his heart out; you can’t fail to be moved. The record is essentially recorded live in the studio, just three guys on a mission. Later, some guest embellishments were added, producer Neil Slaven seeing some gaps in the songs and skilfully plugging them with sympathetic contributions from the likes of BJ Cole on pedal steel, Rod Argent on keys and Jimmy Hastings on alto sax. They add important counterpoint to the trio on several songs making the finished album just about perfect. Hughes has often said since that it was the best band he was ever involved in, and that leaving for Deep Purple was probably a mistake, although a mistake that made his name it must be conceded.

The bonus discs include a mono version of Coast To Coast (why?!), a couple of nice tracks which didn’t make the cut, but are perfectly good, and a BBC Radio One In Concert recording of slightly disappointing sound quality, although a lively performance. However, there is also a complete live show from Houston, from 1972, which is excellent. They were well received in the Southern States, and this performance proves the point, with selections from both You Are The Music and Medusa, and the band are ablaze, particularly on the lengthy jam around Your Love Is Alright. Really makes you wonder what might have come to pass had the call not come to join Blackmore and the gang.

So overall, these expanded reissues show a band covering so much ground over the course of three albums it’s hard to believe it’s the same band. How does a band sounding like wanna-be Moodies end up as the best hard rocking funk group around? These albums go a long way to explaining that puzzle, and it’s a heck of a ride.